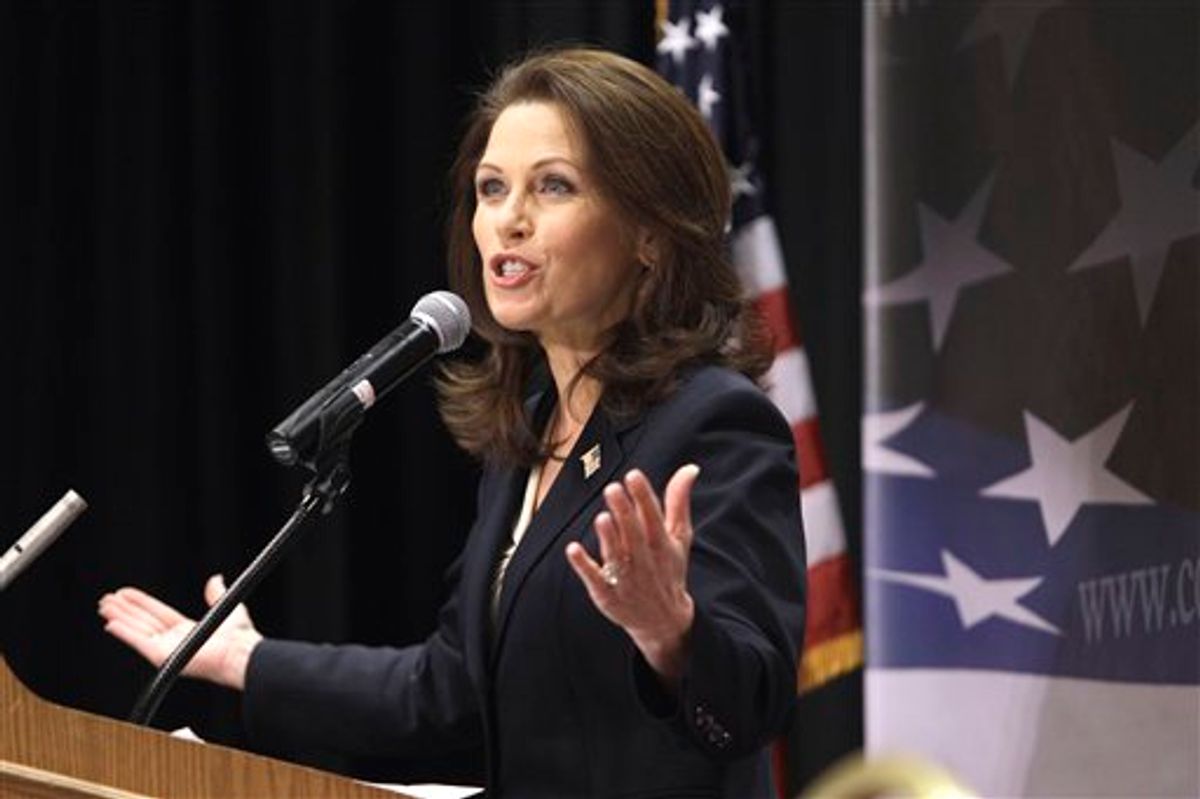 FILE - In this March 26, 2011 file photo, Rep. Michele Bachmann, R-Minn., speaks during the Conservative Principles Conference, in Des Moines, Iowa. Ready or not, the 2012 presidential campaign is under way in earnest a full 18 months before Election Day. The GOP field _ still muddy and made up of no less than a dozen people _ will become clearer in coming days as more Republicans declare they'll run or sit out _ and President Barack Obama's schedule already is packed with fundraisers and visits to states important to his re-election chances. (AP Photo/Charlie Neibergall, File) (AP)
--

For weeks commentators have tried to set up Tea Party darlings Michele Bachmann and Sarah Palin, both of whom may end up launching presidential bids, in opposition. Both women have, however, fought the catfight narrative. Bachmann, for example, told "Good Morning America" last week, "I like Sarah Palin a lot, we're friends."

But that was before Ed Rollins, Bachmann's new campaign manager with a checkered path of dirty and aggressive tactics, entered the scene. On a radio show today, Rollins dinged Palin, as Politico's Ben Smith reported:

"Sarah has not been serious over the last couple of years ... She got the vice presidential thing handed to her, she didn't go to work in the sense of trying to gain more substance, she gave up her governorship," said Rollins.

Of course, maybe it was a long shot to expect the high road from this particular political strategist -- who, after guiding Republican Christine Todd Whitman to victory in the 1993 New Jersey governor's race, infamously bragged that he'd worked to suppress the urban black vote. (Rollins subsequently said that he'd been making the story up.)