The former centrist Senator is now helping the Chamber of Commerce fight OSHA, the EPA, and the SEC 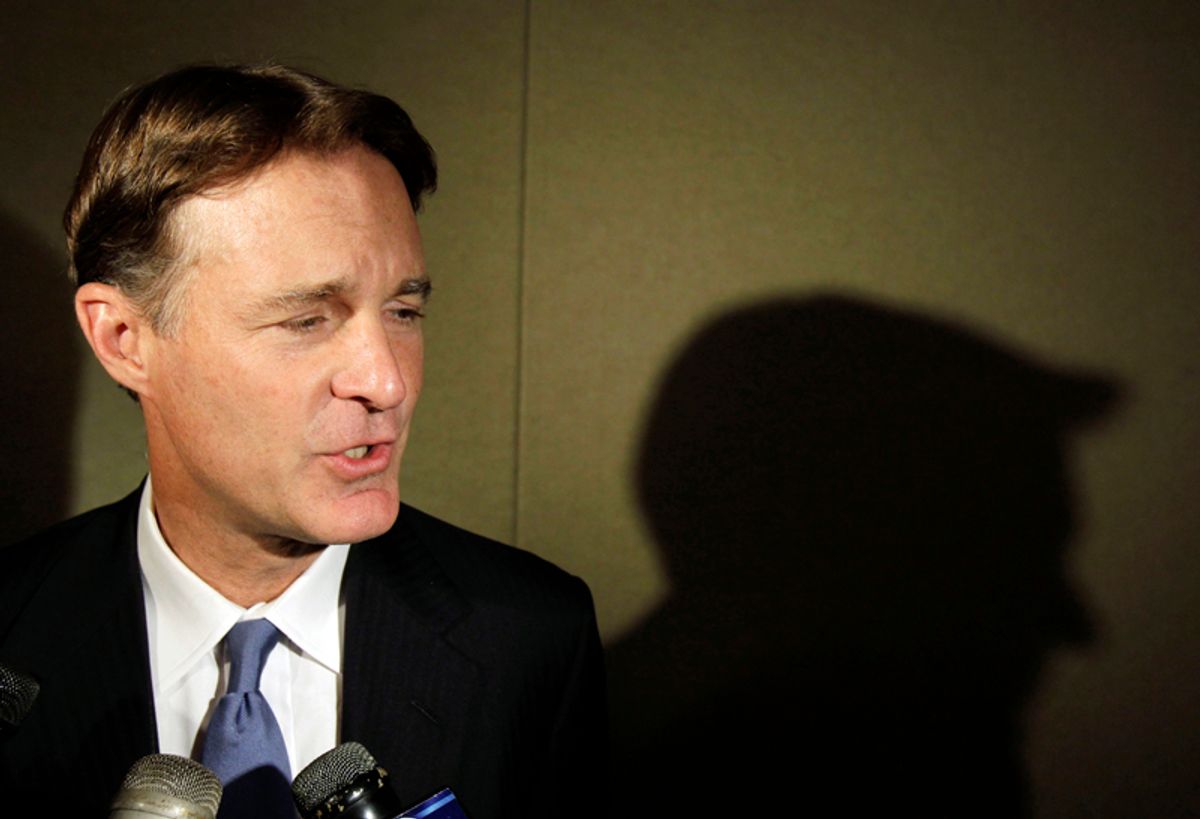 Remember how Evan Bayh quit the Senate in a huff because he wanted to make a tremendous amount of money help create one damn job or whatever he said he was going to do? And remember how then he became a lobbyist, joined a private equity firm, and signed with Fox News? I'm thrilled to report that Evan Bayh has created a fourth job, for himself: Shill for the U.S. Chamber of Commerce, as they work to gut the EPA, SEC, OSHA, and the brand-new Consumer Financial Protection Bureau.

One thing that is definitely standing in the way of job-creation is a rule requiring disclosure of the use of conflict minerals from the Congo, so I am glad that Bayh and the Chamber are working tirelessly to delay the implantation of that rule.

Let's try to predict what Evan Bayh will do next, to create jobs!