Why can't Obama get his own nominees approved? 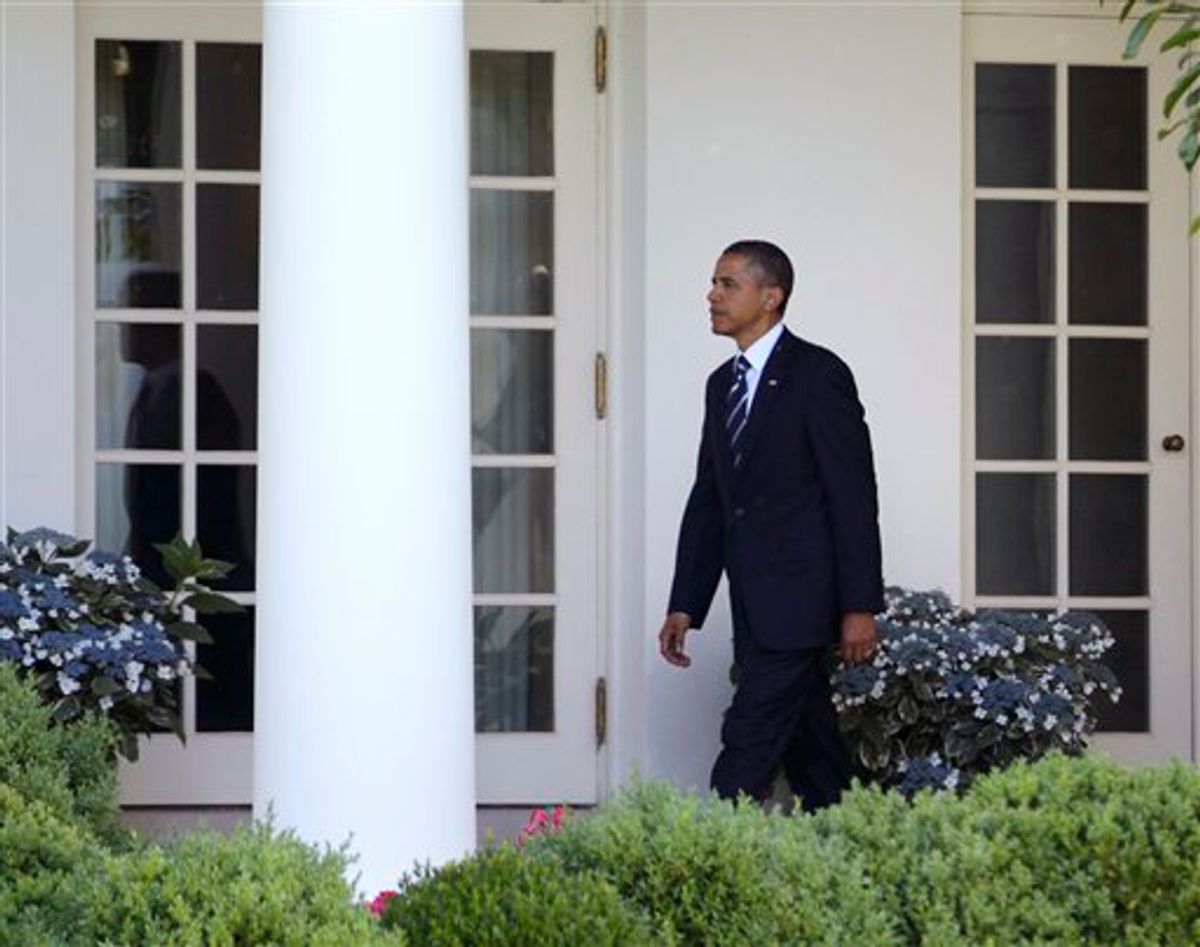 President Barack Obama walks to the Oval Office of the White House in Washington, Friday, June 3, 2011, as he returned from Ohio. (AP Photo/Carolyn Kaster) (AP)
--

A Nobel Prize in economics wasn't enough to secure Peter Diamond a spot on the Federal Reserve Board of Governors. And the M.I.T. professor's decision to withdraw from the Senate confirmation process earlier this week has set off a new wave of debate about the dearth of executive appointments under the Obama administration. Who deserves more blame: Republicans on Capitol Hill, for their antagonistic posture toward Obama nominees; or the White House, for not pushing hard enough and making the nominees more of a priority?

We put that question and others to Dr. Jonathan Bernstein, a political scientist and author of "A Plain Blog About Politics":

First, could you explain for the lay person a little bit about how the confirmation process actually works, and how it's tripped up appointees? Why is it that so many positions continue to lay vacant?

Before the president nominates anyone, there's a grueling, intrusive vetting process, that requires nominees to fill out extensive financial and other disclosure forms. Just that alone is a major burden, and probably knocks out a fair number of people who would be excellent appointees. Once the president actually nominates someone, it goes to a Senate committee, which then replicates the vetting procedure.

Senate committees may act rapidly or slowly, or even not at all. If the nominee gets through committee, then the next step is that any single Senator can place a hold on the nomination, and that's often enough to kill it entirely because overcoming a hold is both against Senate norms and can take many hours of Senate time. The next step is to get a Senate vote. Under the GOP filibuster-everything standard that was in place in the 111th Congress and appears to be mostly still in place now, that means every nomination needs 60 vote supermajority support.

All of that can easily take six months or much more to complete. For example, Diamond was originally nominated in April 2010 (which means White House vetting began earlier than that).

Remember, that means that a nominee must place his or her life on hold while the process plays out. Think about how it would be if you applied for a job and were conditionally accepted, but then had to wait indefinitely to find out whether it would actually happen or not

It's been well-documented that nominees for the federal bench have faced stiff opposition from Republicans in the Senate. But, are there any other agencies in particular that have faced GOP pushback?

At the beginning of the 111th Congress in 2009, the GOP made it clear that there would be a brand-new 60 vote standard for every nomination (and bill) in the Senate. That's entirely unprecedented. It used to be that most executive branch nominees were just routinely confirmed, especially early in the president's term, but even in the last twenty years filibusters were relatively rare for executive branch nominations; simple majorities were enough.

I haven't seen any data on which agencies are getting hit hardest; it seems government-wide to me. For example, over at Treasury it took 13 months for the Senate to approve Lael Brainard as Under Secretary for International Affairs (nominated March 2009, confirmed -- by 78-19 vote -- in April 2010). A typical case is one I recently wrote about. Elena Kagan was nominated to the Supreme Court in May 2010. It took Obama until January 2011 to nominate her replacement at Solicitor General. And that nomination only recently made it through the Judiciary Committee, and has not yet reached the Senate floor.

You suggested on Monday that the failure to push through nominees rests on the president's shoulders. Why is that?

Two major things: One, Obama has been very slow to make nominations; two, he hasn't really spent much energy, at least visibly, pressing the Senate to move more quickly.

How difficult would it be for Obama to turn it around at this point? Are there any steps he could take to effectively reverse the trend and get his nominees confirmed -- to fill those vacancies before the election?

The closer it gets to the election, the harder it gets -- but he certainly could help things by promptly sending up nominations for all vacancies, and by making it clear to the Senate that he's placing a priority on getting people confirmed rapidly -- including, if necessary, having Harry Reid threaten to reopen the question of filibuster reform.

For the long run, I think the president should take the lead by sharply reducing the vetting for these positions, unilaterally if necessary, but with the Senate's cooperation if possible. The downside risks of undetected conflicts of interest or worse are not nearly as bad as the downside risks in the current system of chasing off potentially terrific public servants because the process of being nominated and confirmed is broken -- and I'm talking there about the risks both to good government and to the president's political prospects.