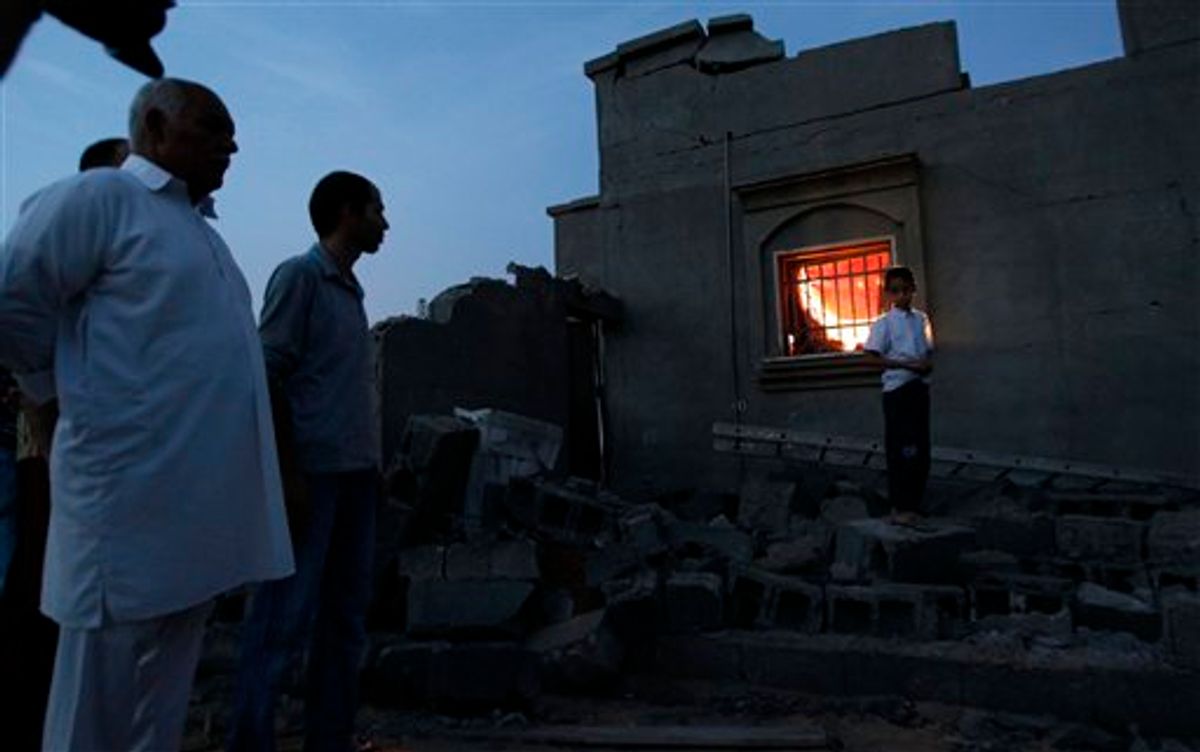 In this photo taken on a government organized tour, local residents stand next to a damaged house in Tripoli, Libya, on Sunday, June 5, 2011. Libyan officials claim that during a NATO airstrike, a rocket targeted a nearby military site hit a residential area and damaged several houses. (AP Photo/Ivan Sekretarev) (AP)
--

The strikes that shook the city appeared to land close to Gadhafi's sprawling compound, but government officials were not immediately available to confirm the targets.

NATO officials have warned for days that they were seeking to increase the scope and intensity of their two-month old campaign to oust Gadhafi after more than 40 years in power.

NATO is assisting a four-month old rebel insurgency that has seized swaths of eastern Libya and pockets in the regime's stronghold of western Libya.

After some of the strikes, pro-Gadhafi loyalists fired anti-aircraft weapons into the air.