Paris Hilton's reality show may tank, but she won't

"The World According to Paris" might be a failure for Oxygen and the heiress alike, but her "career" is fine 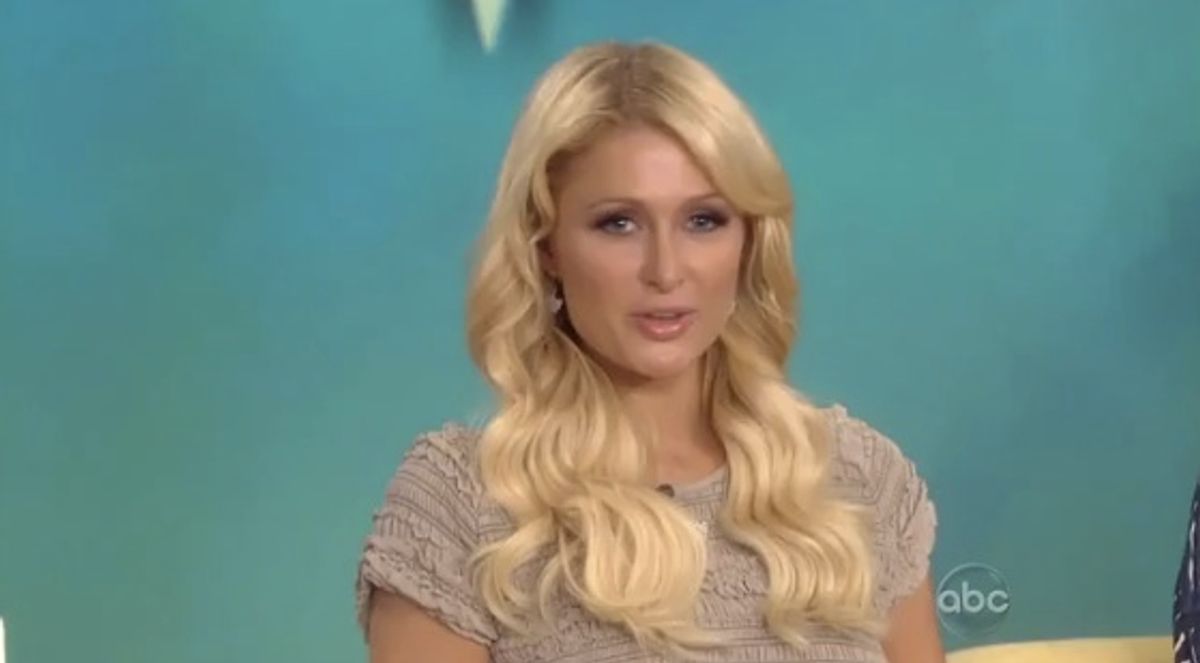 People are taking a schadenfreudian delight in the apparent failure of Paris Hilton's new reality show, "The World According to Paris." Low ratings, bad press ... the whole spectacle really does need to be put out of its misery. Personally I think it was a branding problem: while Oxygen may be fine for "Tori & Dean," that's a program predicated on the idea that Tori Spelling is a mother and wife first, star second. Paris and her unapologetic vapidity belong more in the E! family, along with the Kardashians, Kendra, and "Sex and the City" reruns.

But since I'm not in control of television programming (fingers crossed for next season!), Paris' future isn't in my hands. But it's also not in the hands of her critics, who are gleefully calling Paris "passé," and the bombing of her latest show the end of her career.

Which begs the question: what career? I'm not being rhetorical, since Paris Hilton's brand image extends far beyond this one flop. Do you think people will stop buying Paris Hilton perfume because no one tuned in to see Brooke Mueller have an emotional breakdown last week? Do you think her clothing line will magically go away if her show does? Will paparazzi stop following her around? Will her books stop being ghostwritten? Will she no longer be an heiress? Will this even prevent her from getting another reality show in the future? I mean, if "Paris Hilton's My New BFF" didn't stop producers from making another show about Paris' life, I really don't see it happening next time around.

Paris doesn't have a career, she has a brand. And a much bigger one than Snooki or the Teen Moms or most of the Kardashians (though she did ride the same sex tape train to fame as Kim). Her ability to get photographers to follow her around isn't in question here, nor the number of Twitter followers she has, nor her family's money. So what if Barbara Walters yelled at her on "The View"? Think about it this way: it would be weirder if Barbara hadn't.

Paris is an irresponsible, vain rich girl who will never have to lift a finger in her life. That may not make for good television right now, when the country is more into Jersey girls and teenage pregnancy and bridalplasty, but as far as her "career" goes, you have to be of the mind that either she'll still have it post-show, or she never had one in the first place. Both choices lead to the same conclusion: While losing a show might be a blow to Paris' brand, it's far from a fatal one. She's already lost several other reality shows, hasn't she?

The worse Paris acts, the more attention the media will pay to her. (See also: Lindsay, Britney, the Olsens.) She's not going anywhere, unless she has a personality transplant and suddenly decides she hates the spotlight.