The actress gets an apology from a Rupert Murdoch paper for hacking her phone. Here's why you should care 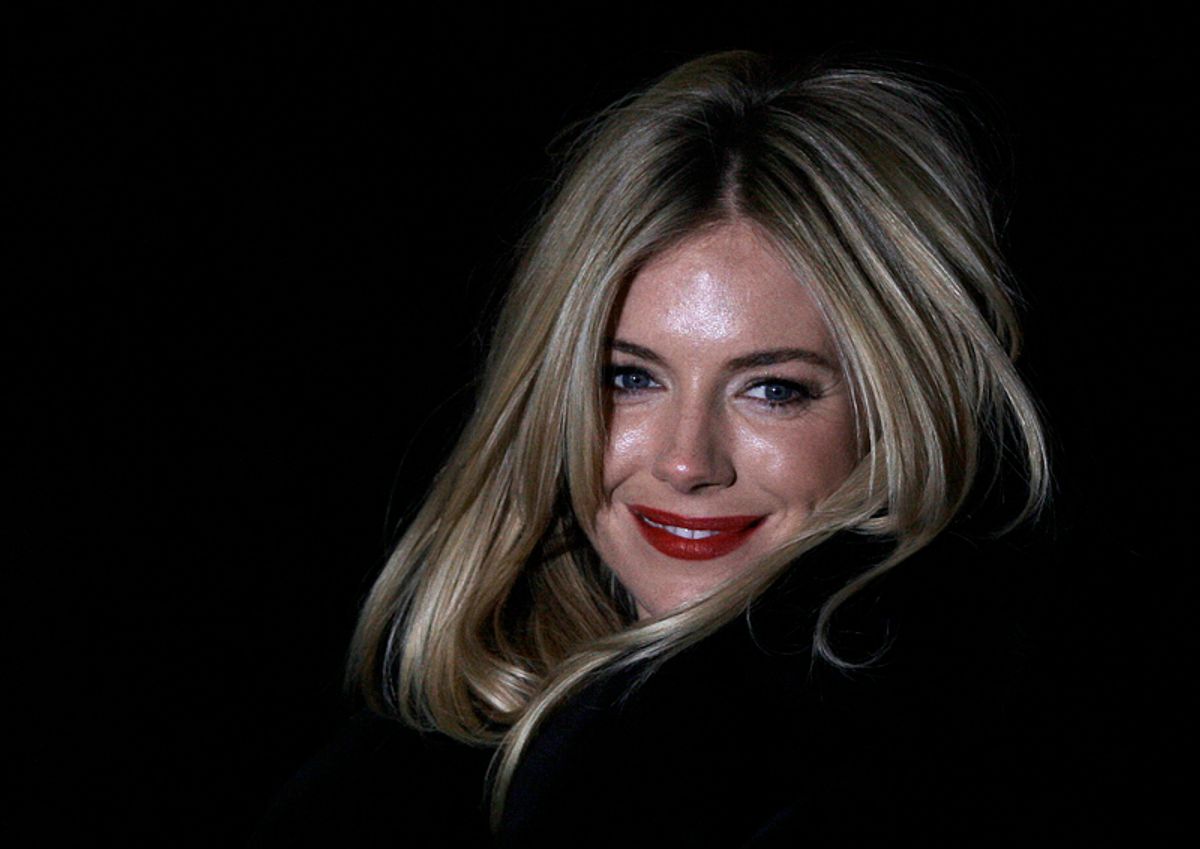 It's a generally accepted fact of modern culture that the paparazzi will be there every public moment of a celebrity's life, hoping to hit pay dirt with a nose pick, a nipple slip, or a stealth grope of someone else's girlfriend. It's understood that in pursuit of tabloid gold, court documents will be unsealed; garbage will be pilfered through, suspicious anonymous sources quoted, and former friends and lovers paid off to tell all. Isn't it comforting, then, to know that there are still some bottom of the barrel things the tabloids can't get away with?

After months of litigation, British actress Sienna Miller has won £100,000 (roughly a cool $165,000)  -- and, significantly, a big apology -- from Rupert Murdoch's British News of the World for "systematically, and illegally" hacking into her cellphone and using the information for a series of tawdry, intimate stories on her private life. She was also granted an injunction preventing any further access of her voice mail, and publication of private information. At the height of the tabloid prodding into her personal life, between 2005 and 2006, Miller claims to have changed her phone number three times.

The public revelations of private conversations aren't new. We're two decades past the scandalous era of Princess Di's intercepted "Squidgy" conversations with riding instructor James Hewitt. But it's easier than ever for the vestiges of privacy to be shattered by outside sources. And you don't have to have dated Jude Law to be vulnerable -- just check your Facebook settings.

The paper had for years been insisting that the hacks were the work of its former royal editor, Clive Goodman, and a freelance private investigator, Glenn Mulcaire. This is what is known in journalistic circles as "untrue." In a mea culpa read aloud in London’s High Court, the paper's lawyer Michael Silverleaf said the tabloid "acknowledges that the information should never have been obtained in the manner it was [and that] the private information should never have been published ... [and] has accepted responsibility for misuse of private information, breach of confidence and harassment." Wow, that almost sounds responsible.

Of course, the fact that two more of the paper's staff were arrested in April and that, as the New York Times reports, "At least four other people who say their phones were hacked into have reached out-of-court settlements with the newspaper; numerous lawsuits against it are still pending," may have something to do with the public walk of shame. Other alleged targets of the paper's hacks include members of the royal family, actor Steve Coogan, television host Chris Tarrant and British culture secretary Tessa Jowell.

In recent months, critics in the U.K. have complained that Scotland Yard was excessively slow to move on the charges of phone hacking. Why, after all, did it take nearly six years for any justice for these widespread allegations of invasions of privacy? Was the notoriously gross world of Fleet Street merely a low priority, in a country beleaguered by terrorism and crime? Or could it have something to do with the pervasive, shrugging assumption that if you're famous, you've forfeited your rights to privacy?

Celebs like Sienna Miller, who certainly aren't shy about putting it all out there for the cameras when it's advantageous, walk a delicate line. Is it possible to be a relentlessly self-promoting star and still be entitled to a personal life? Gone are the days when a protective studio -- and a complicit press -- could manipulate a public figure's image. Now, if you want the perks of fame, you need to accept the invasive price of it as well. But what the News of the World did to Sienna Miller and others potentially affects anyone who gives a damn about privacy. Sure, maybe Rupert minions will never tap your phone. But given how one can go from anonymous to public figure in a moment through a revealed indiscretion or bit of untimely attention,  is that a chance you want to take? And the fact that a blatantly despicable criminal issue is finally, after several years, being treated seriously encouragingly suggests that British law enforcement is acknowledging that we are all have rights – even the rich and pretty.