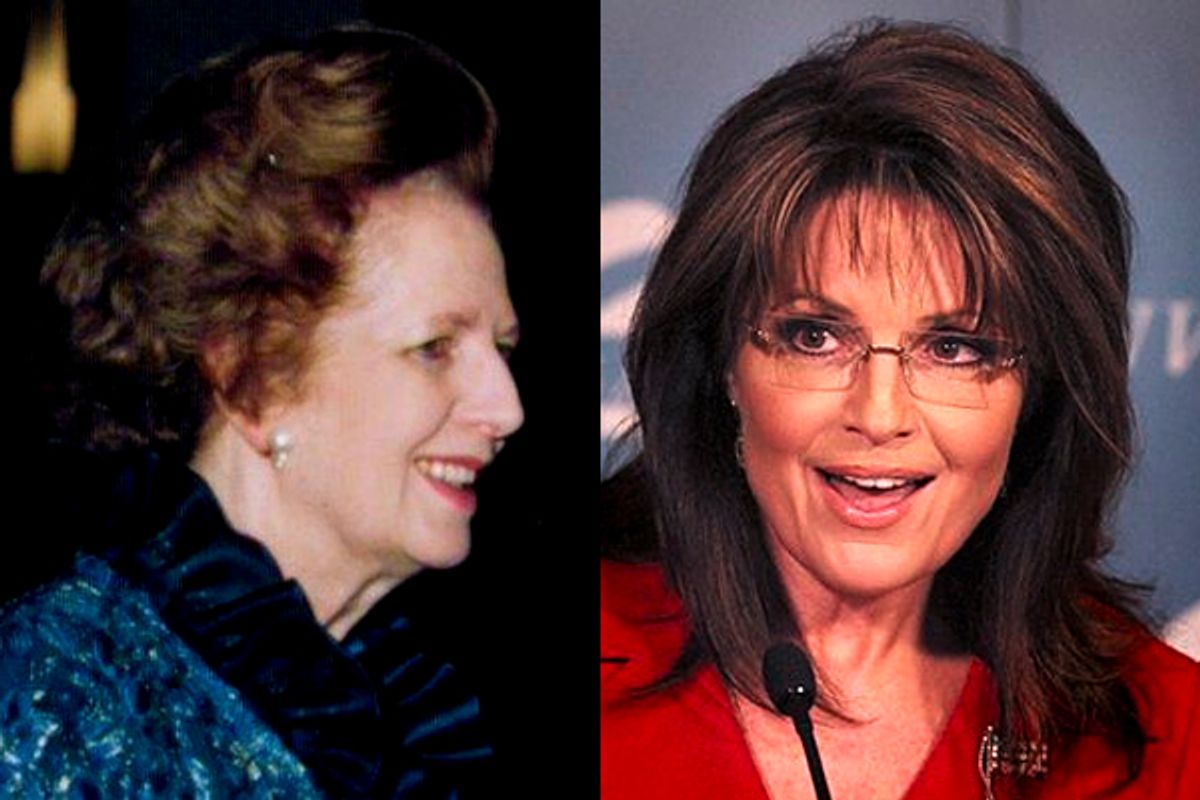 Apparently, Sarah Palin's long-threatened visit to England is finally in the works. The Guardian reports that Palin is planning a trip to Sudan this July -- and "hope[s] to stop in England on the way."

"I am just hoping Mrs Thatcher is well enough to see me as I so admire her," the Tea Party darling told Britain's Sunday Times.

However, her hopes may come to naught; it appears Thatcher's allies and supporters are less than keen for the meeting to go ahead (perhaps because of the former prime minister's long-term ill health; perhaps because the two women -- one the leader of a major western power for more than eleven years, one the governor of Alaska for two and a half -- have almost nothing, apart from gender, in common). A Thatcher "ally" told the Guardian's Nicholas Watt: "Lady Thatcher will not be seeing Sarah Palin. That would be belittling for Margaret. Sarah Palin is nuts."

When rumors of a possible Palin visit to London surfaced around this time last year, Palin called Thatcher one of her "political heroines," writing on Facebook:

Baroness Thatcher's life and career serve as a blueprint for overcoming the odds and challenging the "status quo." ... I cherish her example and will always count her as one of my role models. Her friendship with my other political hero, Ronald Reagan, exemplified the Special Relationship between the United States and the United Kingdom.

Unfortunately, at least at the moment, it seems the feelings aren't mutual.