Bernanke sees stronger growth in 2nd half of year 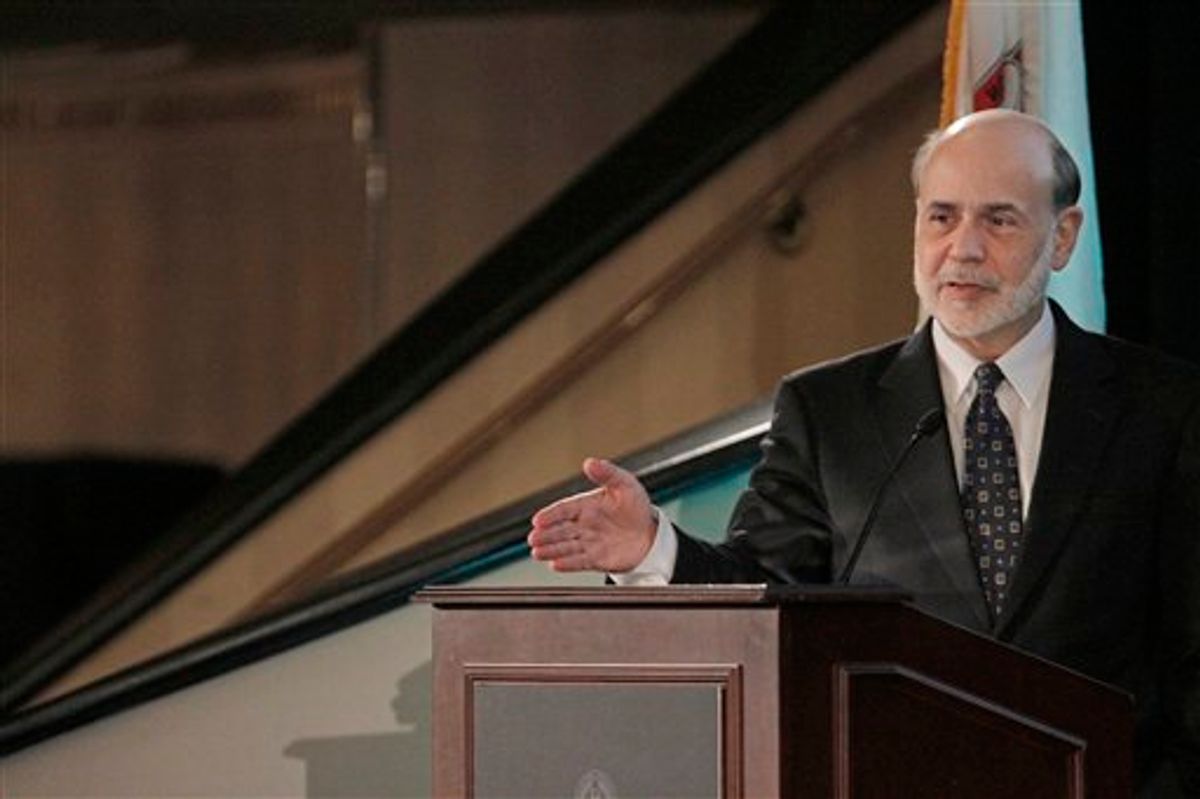 Chairman of the Federal Reserve, Ben Bernanke speaks at a the Federal Reserve Bank of Chicagos 47th Annual Conference on Bank Structure and Competition Thursday, May 5, 2011, in Chicago. Regulators must better understand threats to the financial system to be able to prevent another crisis, Bernanke acknowledged Thursday. (AP Photo/M. Spencer Green) (AP)
--

Federal Reserve Chairman Ben Bernanke says temporary factors, such as higher gas prices and the crisis in Japan, are the main causes of a softening economy. But he predicts growth will pick up in the second half of the year.

Bernanke made no mention of any new steps the Fed might take to boost the economy. The Fed's $600 billion Treasury bond-buying program is ending this month. The program was intended to keep interest rates low to strengthen the economy. But critics said it raised the risk of high inflation.

Soon after Bernanke began speaking, stocks fell. The Dow Jones industrial average erased most gains made earlier in the day.