California inmates will be shifted to local jails 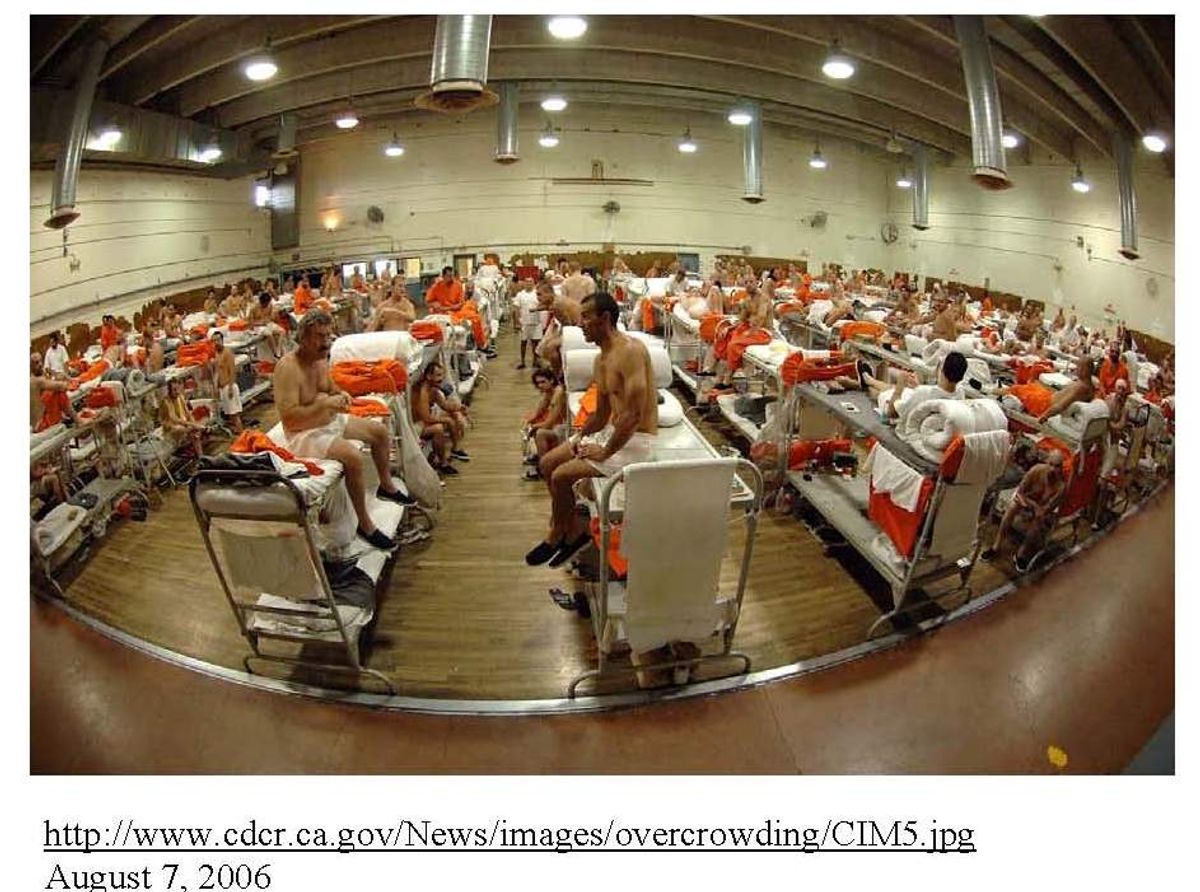 The administration acknowledged in its response to the high court that it might not meet the court's initial goal of cutting the prison population by more than 10,000 inmates by the end of November. But it did not request a delay.

"What we've said is we're going to move forward with this plan and we'll ask for more time if we need it," Corrections Secretary Matthew Cate said at a news conference.

The latest count shows California's 33 prisons housing 143,565 inmates in space designed for fewer than 80,000, meaning the prisons are at 180 percent of their design capacity.

In an order late last month, the Supreme Court gave California two years to remove more than 33,000 inmates after the justices ruled easing congestion is the only way to improve unconstitutionally poor inmate medical care.

The administration's response outlined all the steps the state has taken in recent years to reduce its prison population, including sending about 10,000 inmates to other states. But its compliance with the recent order hinges almost entirely on plans that Brown signed into law earlier this year to shift responsibility for thousands of lower-level inmates to counties.

The shift cannot take effect unless local governments get the money to provide jail cells and rehabilitation services, and funding for that remains stalled in the state Legislature. Republican lawmakers have blocked Brown's proposal for an extension of temporary tax increases that are set to expire by the end of the month.

Renewing the recent increases in the vehicle, sales and personal income taxes is essential to funding Brown's plan to shift low-level offenders to county jurisdiction.

The Supreme Court had indicated that it might consider a request for a delay in its order, which includes benchmarks in reducing overcrowding along the way, but Cate said it was too soon for that.

"It would be irresponsible to say we're going to do nothing, go back to the same three judges and cross our fingers," Cate said.

Nick Warner, legislative director of the California State Sheriffs' Association, said he hadn't seen the state's response to the court and could not immediately comment.