Joe Lieberman will help Glenn Beck restore something in Jerusalem 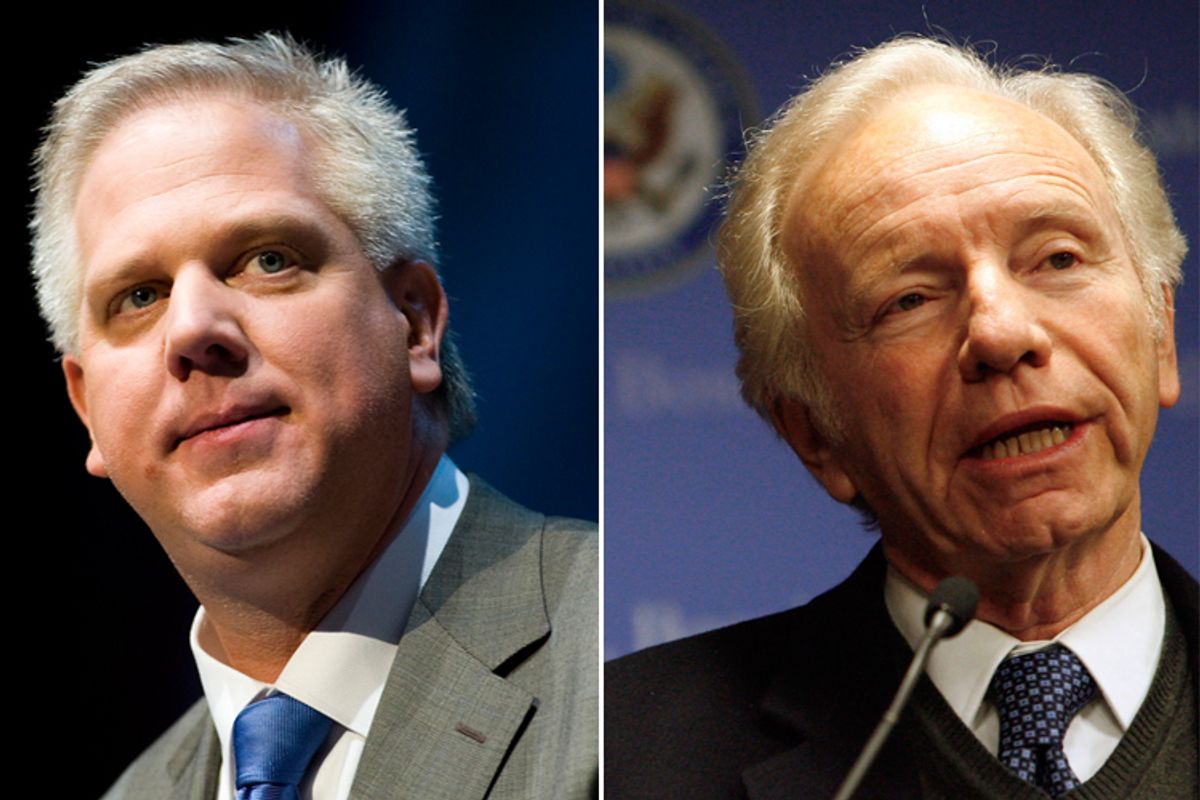 Beck had Lieberman on his program last night to announce that Lieberman would be joining him at his upcoming political rally in Jerusalem. They are old friends, you know! Lieberman once wrote a recommendation to Yale Divinity School for Beck, back when Beck was a morning-zoo radio host in Connecticut. Here is the whole segment, which begins with Beck telling the story of how he noticed the Israel Day parade was going on while he was walking from church to his office. (How did he forget about Israel Day? Why goes Glenn Beck hate the Jews?)

Lieberman stands with Glenn Beck because Beck shares Lieberman's "strong," "serious" foreign policy vision. But this will not be a political event, at all! It will just be a rally in Jerusalem organized by a man dedicated to making sure Jewish Israelis control all of Jerusalem, forever. I mean, how is that political?

Daniel Larison collects some interesting observations on how Beck's Mormonism influences his love for the nation of Israel and his opposition to any two-state solution. It is basically related to your standard Jesus-coming-back narrative, but with some twists:

Actually, Mormons may diverge from Hagee on some details of the last days (Mormon theology is usually characterized as premillenialist) but we do read the Book of Revelation. And in Mormon end-times scenarios, we don’t call them "witnesses": they are described as apostles, or even prophets. Invading armies of Gentiles bent on the destruction of Israel will kill the two apostles, and their murdered bodies will lie dead in the streets of Jerusalem for three days without a decent burial. And then the Mount of Olives will split open. And then Jesus will return. That’s how Beck’s guru, the LDS ultra-conservative Cleon Skousen described it in 1972.

Joe Lieberman aligning himself with a far-right-wing conspiracy theorist who believes that, and who regularly compares most of the people in Lieberman's (formerish) political party to Nazis (while imagining himself to be a Nazi-hunter), is more proof that Lieberman is "the model purple senator" and "a most valuable Democrat." This will be a very good nonpartisan event.