When commercial art was an anonymous profession in America, it inspired mediocrity 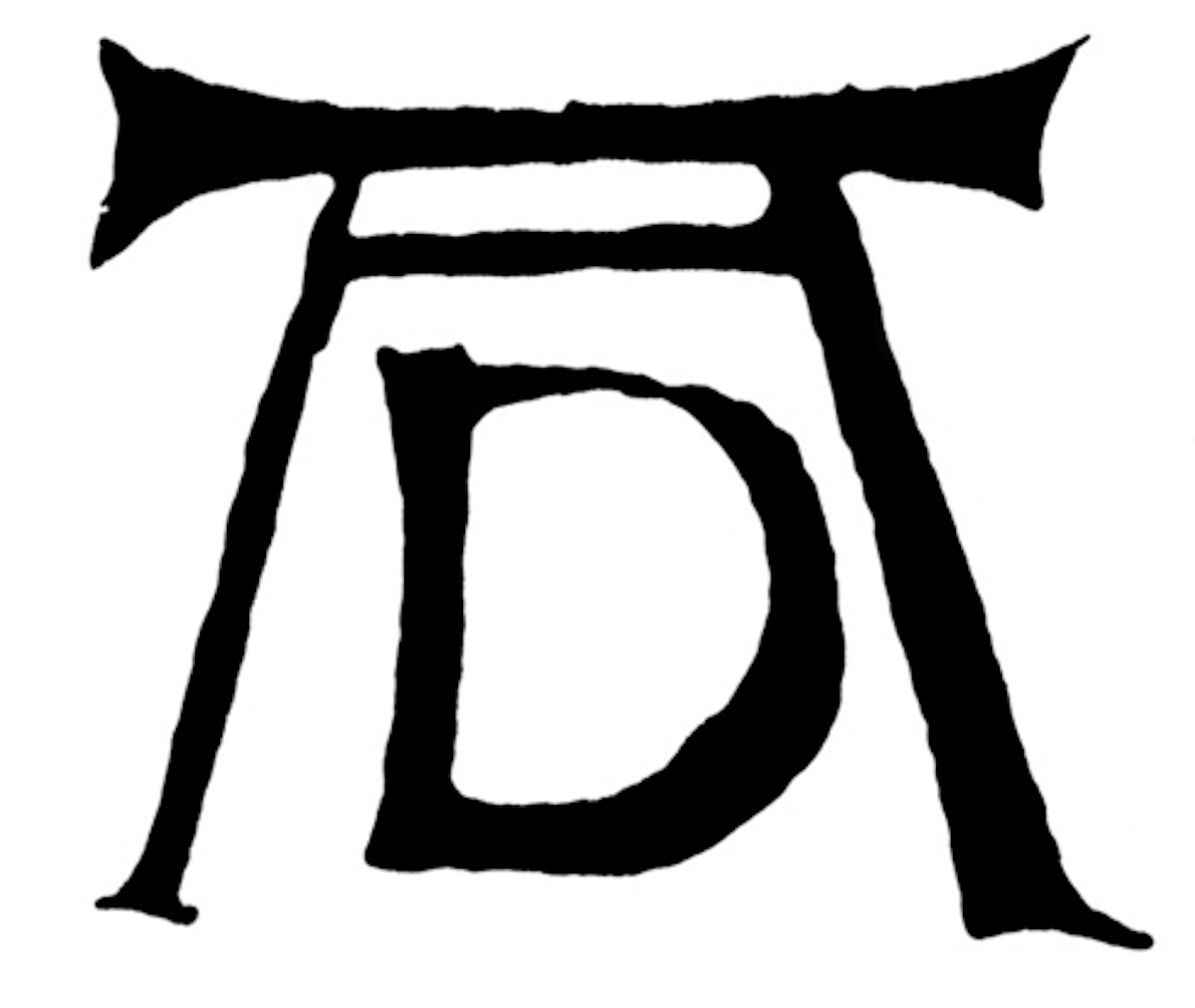 "Anon," short for anonymous, is as common in art history as "Smith" is in American telephone directories. Yet for a specific work to have its maker buried in an unmarked grave in history's Potters Field is a sad epitaph indeed.

Credit implies ownership and accountability. Around the 18th century art became more commonly a function of individual creators who received credit. The term "Anon" is less commonly found in art histories of this era. In fact, the signature became an important component of a work, even for lesser artists.

While not on the lowest rung of the art hierarchy, illustrators and cartoonists of the 19th century started signing their wares as much for their personal satisfaction as for the recognition it afforded them in an increasingly competitive marketplace. And not only did the illustrator's signature appear, so did the engraver's and printmaker's -- akin to the lengthy acknowledgments found in contemporary graphic design annuals. By the mid-19th century credit on a printed work was even given to the printing firm. Yet amid this flurry of credit only certain artists were actually allowed to sign what was rightfully theirs. The leading illustrators and cartoonists made their marks, but many lesser ones were prohibited from doing so owing to rules established by the client. Moreover, while the printing companies affixed their imprimaturs, usually the individuals who set the type, made the layouts, and probably even "designed" the page on which artwork was a component, did not.

Arranging type was merely a skill considered unworthy of individual credit. And to a certain extent this was appropriate, for as the earliest practitioners of graphic design, most printers and compositors blindly followed the styles dictated by a few leading commercial artists and promoted by "art service agencies," the so-called sweat shops of design that began to have influence around the turn of the century. It was in this way that graphic design began to develop into an anonymous profession.

However, to assert that all graphic designers during this formative period were anonymous would nevertheless be a distortion. During the late 19th and early 20th centuries, when the initial surge of graphically designed things began, the exemplars who created posters, magazine covers, and trademarks regularly signed their names -- or identifiable pseudonyms -- on all their works. In the chicken and egg history of graphic design it remains unclear whether these artists made the profession or vice-versa. But during this period in the expansion of Western commerce many graphic designers actively competed for business by developing personal styles which they promoted in trade magazines and throughout other media, which they did every bit as aggressively as a product they might be commissioned to advertise. Nevertheless, for each designer with a recognizable signature scores of anonymous ones were regularly churning out the overwhelming majority of commercial art for art service agencies, printers, sign painters, and display shops.

The ethic of American individualism was irrelevant to this service-oriented profession. Graphic design was an adjunct to advertising, used to focus, position, and make an idea or product more appealing. The purpose of design was to shed light on the product, not the designer. In addition to the benign indifference of design directors and practitioners, the commercial art field echoed some of the progressive, yet nevertheless dehumanizing, developments in American industry. Old photographs of art service agencies showing row upon row of mostly men dutifully sitting at their drawing boards suggest a veritable production-line procedure that eliminated the individual's role in a total creation.

Anonymity was perpetuated by the profession itself. Even the trade magazines from the teens and early '20s routinely neglected to publish the names of the makers of work selected for publication as examples of the best of a particular discipline. While some commercial artists did earn fame and fortune, they represented a small percentage of the entire working population. Conversely, in Europe, especially the great industrial nations -- England, France, Germany, and Italy -- anonymity was not as common owing to commercial arts magazines and advertising trade shows, which not only aggressively touted the profession as a whole but promoted the leading stylists as stars of the popular culture. Names of the masters, like the Beggerstaffs, Lucian Bernhard, Ludwig Hohlwein, Jean Carlu, A.M. Cassandre, Leonetto Cappiello are known today, but at the time, even designers on the second and third levels were known by name -- if not by the general public, then within the field.

The anonymity of American practitioners further fostered American mediocrity. When compared to the average European poster and magazine, American graphic design of the teens and '20s was decidedly lackluster. Arguably an anonymous designer is neither held accountable nor feels responsible for bad work. Taking credit forces adherence to certain standards.

American commercial art was anonymous yet it was also a profession on the rise. A number of trade schools and correspondence courses began before World War I (many were located in the Midwest). And while not promising fame they did offer fortune in the fields of advertising, posters, book jackets, brochures through the mastery of lettering, story-boarding, as well as fashion and product illustration. With an influx of people entering the field it wasn't long before clubs and societies organizing exhibitions and annuals were founded. Of course, this kind of recognition fueled egos and forced designers to demand due credit for their work.

During the '20s competition for jobs increased as well, and in addition to agency and studio positions graphic design became a profession largely of freelancers. Promotional books like "The Graphic Arts Yearbook," similar to today's "Creative Black Book," published listings and ads for hundreds of eager practitioners. Given that prior to World War I the field comprised, overwhelmingly, anonymous printers and compositors, the scores of display ads in the 1928 Yearbook, for example, promoting the services of named designers, letterers, calligraphers, layout artists, and so on, indicated a move away from anonymity as an accepted convention. However, today the number of commercial artists represented in that and subsequent Yearbooks ring few bells of recognition in the profession's memory.

History sifts out all but the most notable designers. Yet while plenty of time has passed since graphic design's infancy, little history was recorded. So despite the fact that more and more practitioners were beginning to sign and advertise their work in the late '20s, the society as a whole refused to acknowledge them as anything more than equivalent of migrant cultural laborers. The only graphic designers who rose above the anonymity imposed on them by apathetic cultural pundits and historians were those who either transcended the limitations of graphic design, such as the so-called Designers for Industry including Walter Dorwin Teague, Raymond Loewy and others, who in the 1930s practiced industrial, interior and product design as well as graphics, and the European emigrés, including Herbert Bayer, Laslo Moholy Nagy and others, who came to the U.S. bearing the torch of Modernism.

These design luminaries did not simply make images that might have been popular only in their day -- and are currently revived as vernacular -- but developed a canon with long-lasting influence. Design became less anonymous, and virtually well known, when the results of the designer's labors had lasting effects. Some of the American followers of the Modern movement also realized the deleterious effects of anonymity on their professional standing.

Paul Rand admitted that the only reason he signed his work consistently from a very early age was to advertise himself. "Having my name on an ad or magazine cover in the public's eye," he told this interviewer, "was the best promotion I could ever get." Likewise, other great names and original design thinkers, such as Lester Beall, Alvin Lustig, Leo Lionni, Cipe Pineles, among them, were recognized both by clients and their peers because they routinely signed their wares. However, the act of signing one's work did not insure commissions or immortality -- quality has always been the deciding factor -- but it did indicate that an individual was responsible and took pride in the work.

Today everyone in the collaborative design process wants some of the glory when it's offered. But has graphic design, far from being anonymous, become too individual? Style versus no-style? Does one serve the client or oneself? And who should really be served?

In an ideal world all designers with passion and conviction should be recognized for what they do, but in the real world, graphic design is still a service to businesses and institutions. Nonetheless, designers should not be Anon.

(Illustration above: Albrecht Durer's monogram has become one of the most well-known designed signatures in art and design history.)