For her last day on NBC's early morning show, the anchor gets a swan song from cast and crew 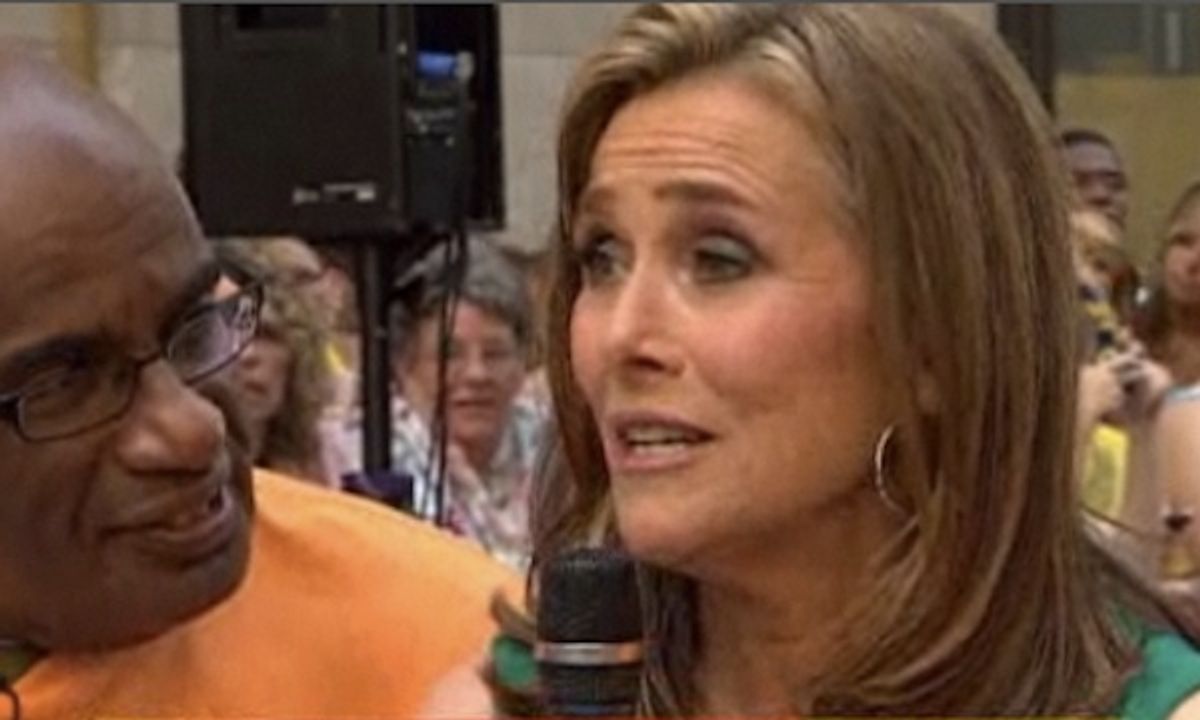 Today was Meredith Vieira's last episode of "Today," and to send her off, NBC gave her the traditional network farewell package: a flash mob, lip dub singalong to "Don't Stop Believing."

And despite how we may feel about lip dubs, Improv Everywhere, and general attempts to "make it viral" with flash mobs (with so many of them using "Glee's" insufferable butchering of Journey), there was something very sweet about this goodbye.

Of course it was dorky. What else would you expect from something orchestrated with help from Al Roker? But it reminded me in all the right ways about what I love –well, like – about the "Today" stunt segments. They are your dad being cheesy at the breakfast table, telling bad jokes and asking what the kids are into these days. They are a cup of coffee and some doughnut holes during an otherwise snoozeworthy meeting. They are just a nice, sweet way to start your day. Also: Abe Vigoda was there.

And a longer clip of the flashmob:

My favorite personal memory of Meredith Vieira was when she was pushed down the hill in that giant hamster wheel (the clip of which has sadly been scrubbed from the Internet). Man, now that she's gone, I might actually miss her. Do you think Ann Curry will be a good replacement?