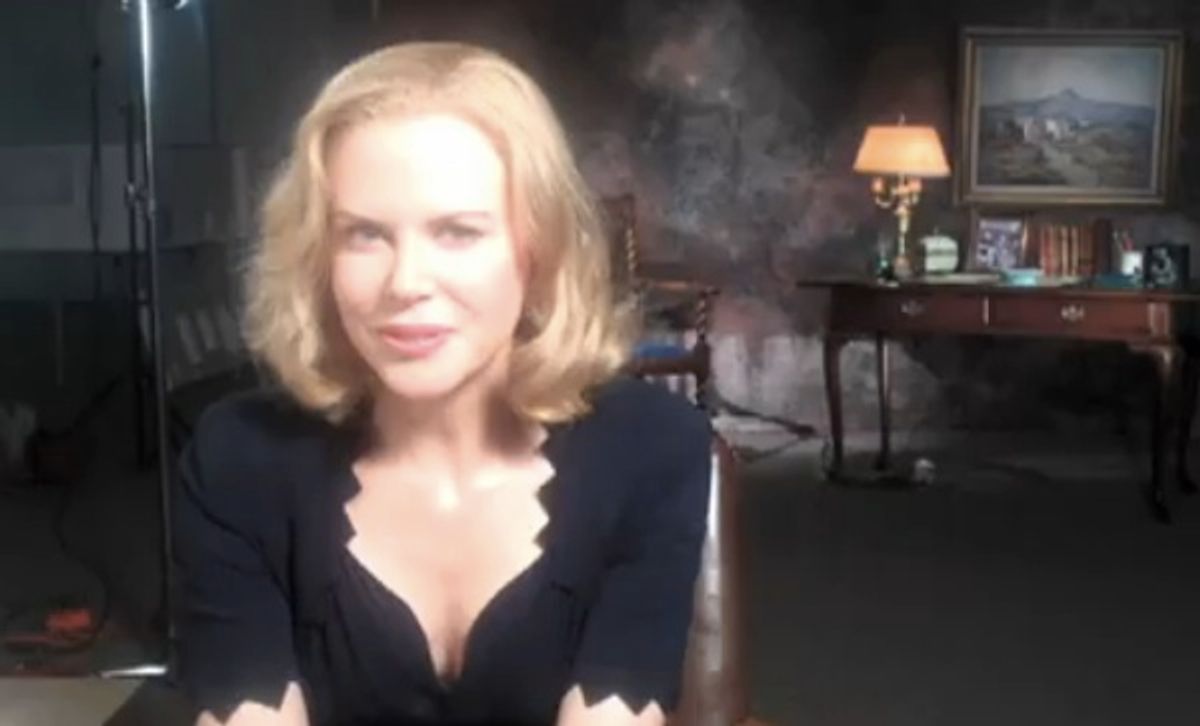 Nicole Kidman…what's to say? She's a good actress? I have no idea: The last movie I think I seriously remember getting excited to see her name attached to was "Moulin Rouge." Now she's going for a more "Eyes Wide Shut (And Pinned to the Back of Your Face)" look. Is she friends with Gwyneth Paltrow? They seem like they would hang out a lot.

You see, just like Gwyneth, Nicole's now joined the social media stratosphere* with a YouTube video, thanking all her fans (who apparently average in somewhere around the 5,000 pageview mark, despite this clip being up for five days) from what appears to be Jigsaw's dungeon on the set of "Hemingway & Gellhorn."

Look, it's not that I don't think Nicole Kidman should be directly interacting with her fans in the mediums provided to us in this day and age. I'm just saying, there is a reason why some celebrities choose not to overshare on Twitter, YouTube, and its ilk. It's not because they don't appreciate the people who watch them. It's because they know that people watch them for the illusion they provide up on the big screen, not for their warm and fuzzy personalities. Nicole Kidman may turn in some great performances, but I've never felt the need to check a status update of hers. It's not just that she looks bad, but this video shows you exactly how unadept she is at knowing how to make use of the technology at hand. She comes off as cold and creepy as a dead fish.

Which is okay! Not everyone needs to be James Franco! There are other ways for you to show fan appreciation than making the least-hearted attempt (in bad lighting) to thank them for years of watching you in film. A little effort goes a long way in this situation.

Without being too mean, I think we can all agree that Nicole should lay off the self-made videos for awhile. At least until she learns how to escape out of that basement.

*Technically she may have a Twitter account (it's unverified), but has only tweeted eight times, the last of which was in 2009. http://twitter.com/#!/nikolekidman