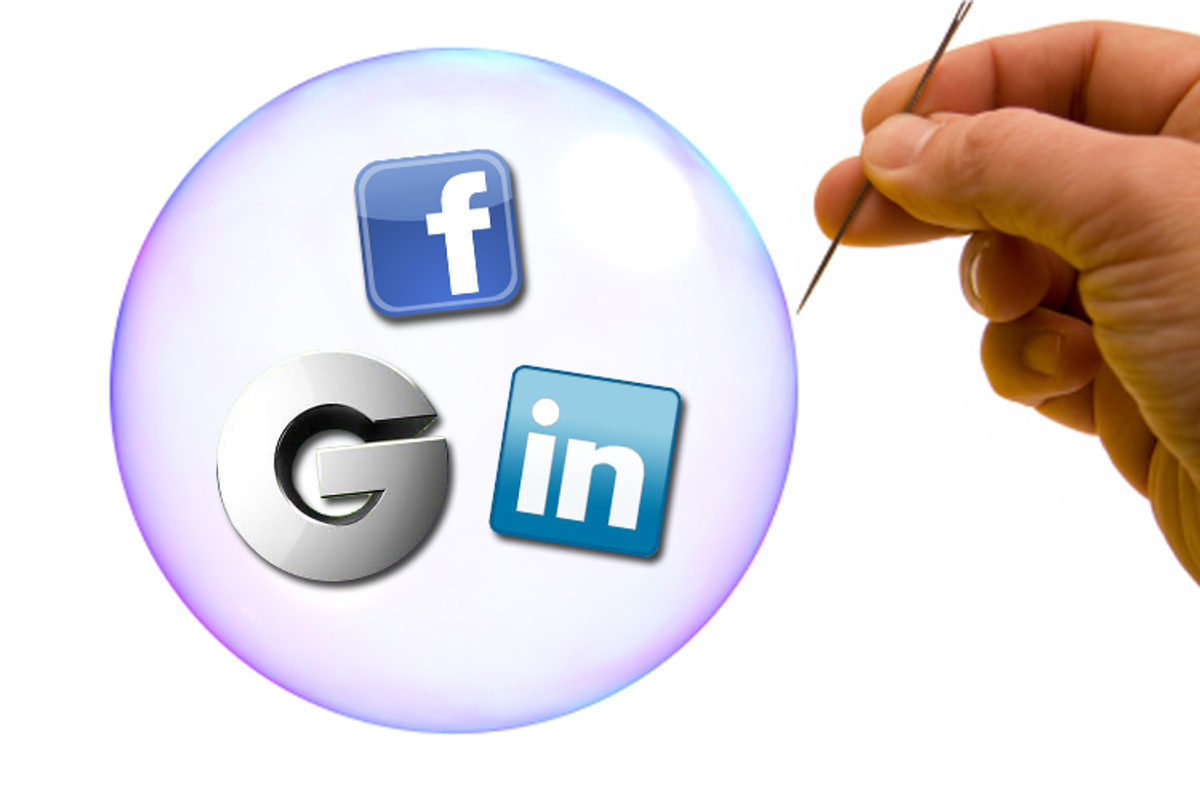 We all remember the infamous tech boom and then bust of the late 1990s. As long as a stock had an "e" pre-fix and a ".com" suffix, it was considered a triple-A rated investment by financial advisers -- something you couldn't afford not to bet your IRA and your kids' college education fund on. Then came the revelation that -- whoops! -- a lot of these stocks represented companies in website-name only, not actual revenue-producing businesses, and down went the market... and a lot of portfolios with it.

Despite the losses, this cycle of investing in companies whose value was a matter of pure speculation and hype nonetheless pressed on, subsequently creating the Enron debacle and, later, the Wall Street collapse. Only at that point, after more than a decade of financial rape and speculative pillaging, did we finally seem ready to reject an economy built on Bubblenomics. As bailouts drained the treasury, our righteous anger could have been summed up by that famous Bushism: "Fool me once, shame on you, fool me [twice]... can't get fooled again."

And yet, somehow, here we are again, watching the speculative class now using the hype around social media technology to try to reinflate the ol' dot-com bubble that started the whole debacle. To know it's a bubble is to look at the difference between what speculators are doing and what advertisers are saying.

On the speculative side, the Bubble Reinflation Project has most recently focused on the initial public offerings of LinkedIn, a weak version of Facebook, and Groupon, a website that offers daily consumer discounts. According to Reuters, the former has only about 1,300 employees and generates only about $2 in revenue for every user it claims, but after its stock's first week of public trading, the company's "market value per employee was almost $7 million and about $87 per user." The latter, set for an obscene $30 billion initial valuation, has revenue growth of 2,241 percent last year (only its second year in existence) but "its operating expenses ballooned even faster at 5,732 perecent," reports the Wall Street Journal.

Assessing these two companies, SmartMoney outlines their basis in Bubblenomics:

LinkedIn [debuted] as the most expensive company in America based on the ratio of its market value to its yearly sales... its current price-to-sales ratio of 25 is unmatched in the entire S&P Composite 1500 [whose] median price-to-sales ratio is a quaint 1.5... Groupon has recorded $1.3 billion in sales over the past four quarters, which would put its possible $20 billion IPO value at 15 times sales, but those figures mislead... The number to use for Groupon is gross profit [which the company says is] "the best proxy for the value we're creating." ... A $20 billion IPO therefore puts the company at 37,000 times [gross profits].

LinkedIn and Groupon are only part of a larger investment trend -- one that will ultimately include Facebook itself (which seems poised for an IPO in 2012). And, to be fair, the new social networking/aggregating companies with the most speculative buzz right now do not share the completely Seinfeldian nature of the most infamous dot-com companies of the 1990s -- that is, they aren't totally "about nothing."

However, their business model is based on building and aggregating mass consumer audience share for the purposes of selling that audience share to other companies who want to sell things to consumers. Indeed, as SmartMoney notes, "Groupon doesn't make anything or keep warehouses of inventory -- it merely takes a cut from merchants for sending them customers." And in an economy where consumers are getting crushed by recession, simply aggregating those hard-hit consumers -- rather than actually making something tangible that creates new economic value -- well, it may not be "nothing" in terms of new value, but it's pretty damn close.

How do we know that's true? Listen to the advertising industry -- which is in the business of monetizing audience share, and which would ostensibly be the major buyer of LinkedIn and Groupon's "product" (read: ad space and eyeballs). In a new study that declares that the age of "mass affluence is over" and examines how advertisers are increasingly only interested in marketing products to a small group of rich people, AdAge reports:

The accrual of wealth among the very few is of great consequence for marketers, since 10 percent of U.S. households "account for almost half of the consumer spending" and represent about one-third of total GDP, according to the American Affluence Research Council. Simply put, a small plutocracy of wealthy elites drives a larger and larger share of total consumer spending and has outsize purchasing influence -- particularly in categories such as technology, financial services, travel, automotive, apparel and personal care.

Inequality.org's Sam Pizzigati notes that whereas 50 years ago advertisers "spen[t] their nine-to-fives marketing to average Americans, not rich ones" because "the vast bulk of U.S. income sat in middle class pockets," today "a marketer need only zero in on the rich" because that's where the lion's share of the consumer spending comes from. Thus, while aggregators of mass audience (that is, the bottom 90 percent of income earners) might have provided genuine value 50 years ago when that mass audience had money, LinkedIn, Groupon and their derivatives are basing their profit model on commodifying a mass audience that today is potentially worthless to advertisers because that mass audience now has so little money to spend.

Sure, had there been a LinkedIn or Groupon in the mid-20th century's age of mass affluence, you could make a credible argument that their outsized stock-price-to-sales ratios might not be alarming and that their stocks might not be overvalued by Wall Street. But you can't credibly make that same case today, when the very ad industry that is supposed to be aggregators' big client says that average consumers are so strapped that marketers no longer will pay a premium for mass marketing conduits.

Somehow, though, that is precisely the case being made by today's speculators, who publicly insist these social media companies are truly worth their absurd price-to-sales ratios. Using now-standard hype about future revenues in the Brave New World of the information economy, Wall Street is directing yet more capital out of the dwindling American industries that actually make things of value and funneling that capital into this second dot-com bubble.

Mind you, this is no reflection on speculators' stupidity -- they read Ad Age and the business press and they are well aware that they are driving the price of social media stocks to levels that do not reflect the companies' underlying profit-making potential. They also know, however, how Bubblenomics work -- they know how the stock market is no longer about pairing capital with business endeavors that create real wealth, but about gaming the market. So these speculators are likely investing their own money on the way up while encouraging their rank-and-file Office Park Dad, Soccer Mom and Blue Collar Pension Fund clients to do the same. However, when the inevitable reckoning comes -- when, say, earnings reports do not meet absurd expectations -- the speculators will have long since sold, leaving their clients to take the loss.

You can just see it now -- the enraged look on the face of the average rube investor who, on the advice of a CNBC blowhard or some speculative rag sheet, bought LinkedIn and Groupon high. One dark morning he will log onto his computer to look up stock prices. That morning -- whenever it may come -- he'll see the stocks have inevitably crashed upon the belated revelation that those firms can't sell ad inventory to advertisers interested only in marketing to the tiny group of rich people with money to spend. This guy shouldn't be mad at the advertising companies, of course. They are just making a rational business decision about an America whose tax and regulatory policies have allowed it to become so crushingly unequal.

No, this average investor should instead be angry at the speculators who egged him on so that they could make their money on the way up -- speculators who are already on to the next exercise in Bubblenomics that will only make the underlying economic inequality worse.