Who is really waging "class warfare"?

Tim Pawlenty says Obama is stoking anger against the wealthy. His plan? Bigger and better tax cuts -- for the rich! 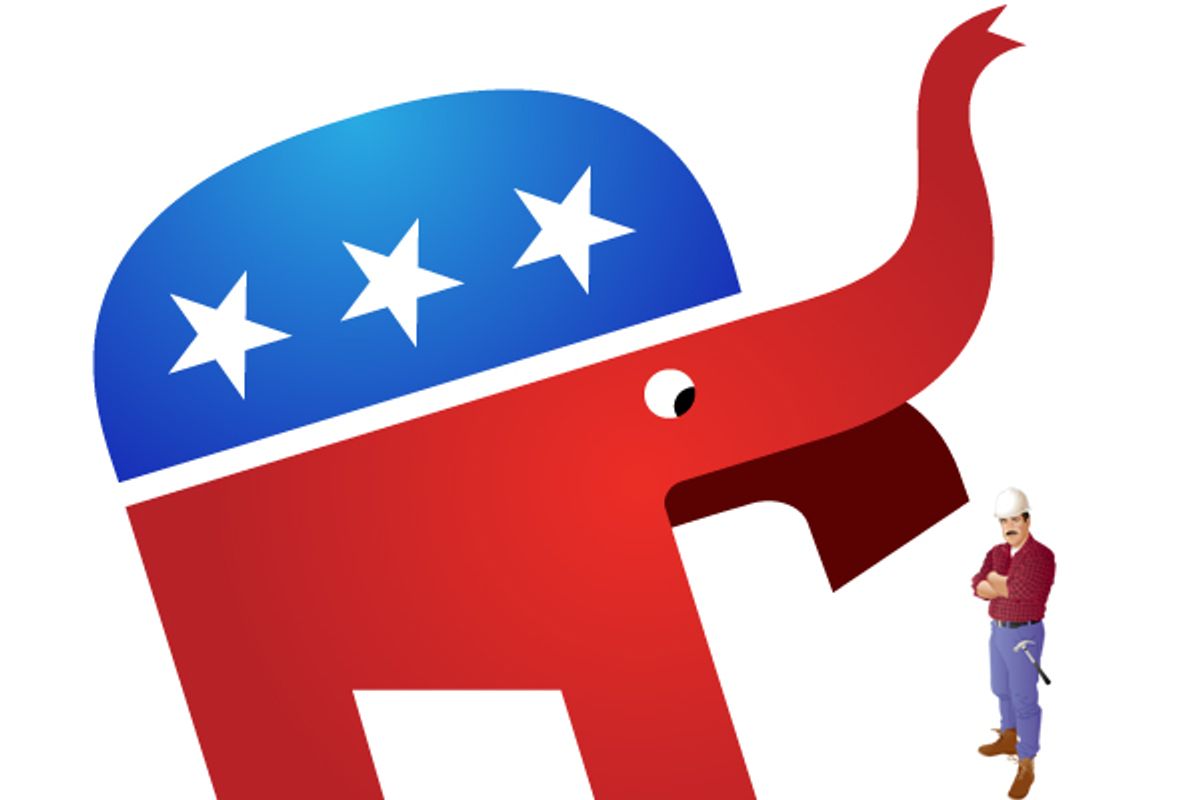 At the conclusion of a speech delivered on Tuesday outlining his goals for the U.S. economy, Republican presidential candidate Tim Pawlenty said some hurtful things about Barack Obama.

Regrettably, President Obama is a champion practitioner of class warfare. Elected with a call for unity and hope. He's spent three years dividing our nation. And fanning the flames of class envy and resentment. To deflect attention from his own failures. And the economic hardship they have visited on America.

But class warfare is not who we are.

From the left side of the political aisle, the proclamation that Barack Obama has practiced class warfare is likely to be met with a sarcastic "if only." Heck, if there's one thing Tea Partyers and progressives agree on, it's that Obama's administration has been too solicitous of Wall Street, at the expense of Main Street. Democrats also tend to think Obama invested far too much time and energy trying to build bipartisan cooperation with Republican legislators who were determined to oppose him at every possible step from the first day of his administration. In other words, he tried for unity, and arguably ended up with less success than if he had simply gone his own, unilateral way from the beginning..

But never mind all that. Pawlenty's mischaracterization of Obama isn't where he goes off the tracks. His ambitious claim to understand the essence of American identity is the real whopper.

Because class warfare is exactly who we are, and Tuesday's speech proves it.

Tim Pawlenty's address marked the 10th anniversary of George W. Bush's signature policy achievement: the 2001 tax-cut law. Intentionally or not, he celebrated this august anniversary appropriately by unveiling his own platform of radical tax cuts.

In addition, we should eliminate altogether the capital gains tax, interest income tax, dividends tax and the death tax.

Let's save, for another time, the absurd mathematics that somehow translate such massive tax cuts into increased revenues. (But if you don't want to wait, try Ezra Klein or Matt Yglesias.) The key point here is that Pawlenty is advocating bigger tax cuts than anything that either George W. Bush or Ronald Reagan ever attempted to implement. Add to that his recommendation that the "the capital gains tax, interest income tax, dividends tax and the death tax" all be abolished and you're talking about an almost unthinkably large handout to the richest Americans, the very same Americans who benefited most from Bush's tax cuts, and who have been most insulated from the impact of the Great Recession.

There's really no other way to describe such an agenda than as a radical intensification of class warfare by the rich, against the poor and working-class.

It's one thing to advocate tax cuts when you're running a budget surplus. It's quite another to push even bigger tax cuts when you're running a deficit and the economy is in distress, requiring large outlays in social welfare spending. And naturally, Tim Pawlenty also wants a balanced budget. But if you combine a balanced budget with tax cuts on the scale that Pawlenty dreams of, you inevitably end up with massive cuts to Medicare, Medicaid and Social Security. There's simply no other way to make the budget math work. The upshot will be that the poor and elderly are denied medical care and retirement security, while the richest Americans, the people who have no problem paying for their healthcare or their retirement, get cut even more slack.

I suppose I'm stoking even more resentment by pointing out how the most vulnerable sectors of society get screwed when you implement tax cuts for the rich and spending cuts that gut social welfare programs simultaneously. But this is not an imaginary scenario. We've been here before.

Pawlenty's rationale for his radicalism is nothing new. As Jon Chait points out, it's the same "basic supply-side pixie dust" that has been a staple of Republican ideology since 1980. But what's truly audacious about Pawlenty's plan, delivered on the 10th anniversary of Bush's first tax cut, is how it flies in the face of everything we've witnessed over the last 10 years. As my colleague Joan Walsh pointed out Tuesday, the last 10 years have been a disaster for working Americans.

... the tax cuts for the wealthy never trickled down to middle-class families: Inflation-adjusted median weekly earnings fell by 2.3 percent during the economic expansion from 2001Q4 to 2007Q4. While real wages fell for most Americans, the top 1 percent of earners captured a whopping 65 percent of all income gains, leaving just 13 percent for the bottom 90 percent...

Between the end of the 2001 recession and the eve of the Great Recession in late 2007, the U.S. economy experienced the weakest economic expansion of the postwar era. Growth in investment, gross domestic product, and employment all posted their worst performance of any postwar expansion. Unemployment never returned to pre-recession levels.

War may not have been officially declared, but we certainly know who has been losing.