The GOP is savaging the White House for pain at the pump. But record global hunger for oil is the real culprit 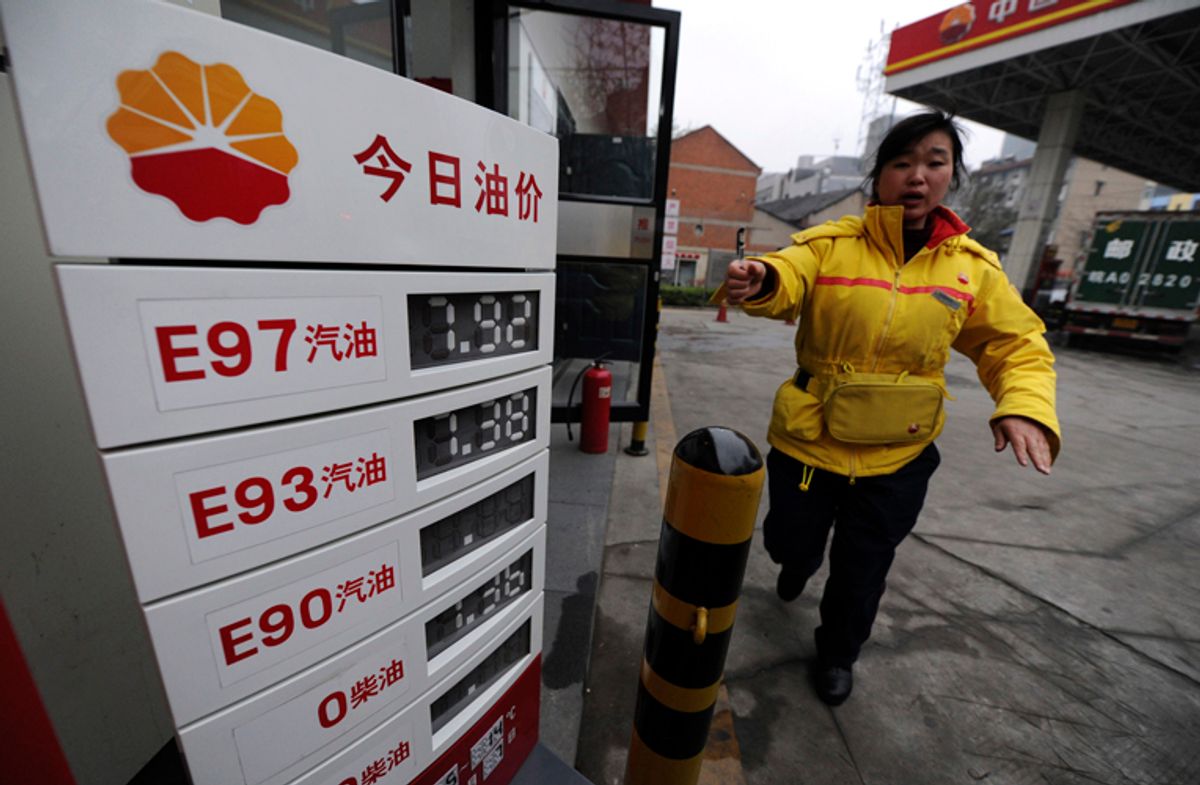 In the U.S., gasoline prices have been falling, on average, for about a month, but that doesn't seem to be dampening the ardor with which Republican presidential candidates are using the high cost of fueling your automobile to bash President Obama. Tim Pawlenty mentioned $4 a gallon gas in the second line of his June 7 speech on the economy. On June 3, Mitt Romney took a swipe at "higher gas prices" while stumping in New Hampshire. Barring a sustained decline at the pump, we're going to keep hearing all the usual boilerplate attacks, which can be handily divided into two categories: Either Obama is purposefully making gas prices higher by attempting to regulate pollution or subsidize renewable energy, or he isn't doing enough to bring them down, i.e., allow as much offshore and onshore drilling as the earth will allow.

It's all nonsense. If you want to know why gas prices are high, and why, in the long run, they will keep getting higher, all you need to do is peruse BP's Statistical Review of World Energy 2011 report.

Bottom line: World oil consumption hit an all-time record high of 87.4 million barrels a day in 2010, driven by a surge in demand from emerging nations, but primarily led by China. China has now overtaken the U.S. as the world's largest energy consumer, with demand for all kinds of energy growing 11.2 percent in 2010. In 2010, Chinese oil consumption grew by 860,000 barrels a day. Since 2000, China's oil consumption has grown an incredible 90 percent.

Supply, globally, is not keeping up with demand growth. And barring a major global economic meltdown, that dynamic is not going to change. The rest of the world is going to continue to consume more oil, and finding and developing new sources of oil is going to continue to get more expensive. And Obama can't do a damn thing about it, except to put in place policies that encourage U.S. consumers to consume as little oil as possible.