Closed-circuit footage of one sorry sot goes viral. But just how closely monitored is the UK? 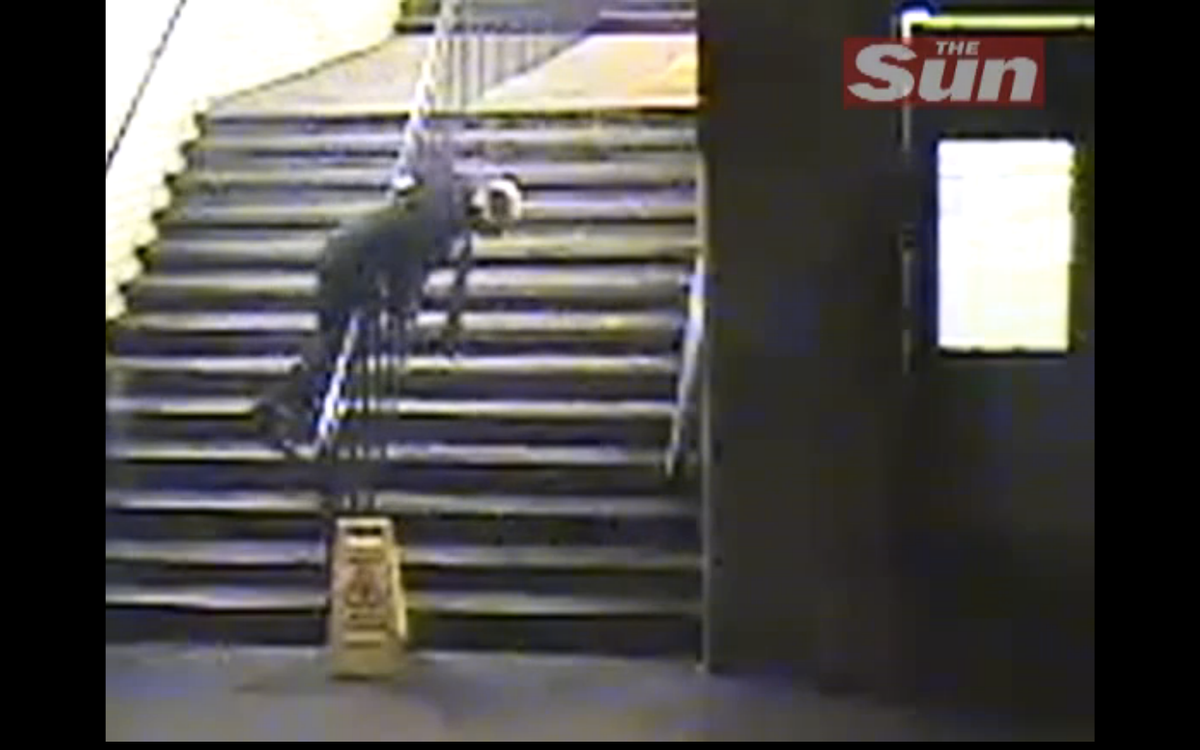 A drunk man is caught flipping over a banister closed-circuit television in London.
--

A closed-circuit television (CCTV) video that shows an extremely drunk man staggering home through the streets of London has taken the web by storm this week (you can watch it below). Although it's primarily entertaining because of its sheer shock value, it also serves to illustrate the surprising -- and, to many, alarming -- extent of video surveillance in the U.K.

Camera coverage of London is so comprehensive that, in this particular man's case, we can follow him from a truly cinematic variety of angles -- and a full minute and a half -- as he wanders further and further from the fancy Savoy Hotel, where he had been attending an awards event.

Just how closely are Brits watched? We're often told that camera security in the U.K. is intense. A Daily Mail article from 2007 put the number of CCTV cameras in use across the kingdom at 4.2 million -- "one for every 14 people and a fifth of the cameras in the entire world" -- adding that this meant the U.K. was first globally in terms of the camera-to-person ratio. ("The average Londoner may be monitored by up to 300 [cameras] every day," the Mail added at the time.) These same figures, gathered by academics a decade ago based on a study of two south London shopping streets, have been cited by the BBC and numerous other news organizations for years. However, "the only large-scale audit of surveillance cameras ever conducted" -- described by the Guardian earlier this year -- has recently called these numbers into question, claiming there are only about 1.85 million surveillance cameras in the country (one for every 32 residents). According to the Guardian, "the vast majority" of these cameras "are run by private companies." It has long been said that there are hundreds of thousands of cameras in London alone.

In a useful 2008 explainer, the Independent noted that, although several high-profile cases (such as the murder of James Bulger) have been closed with the help of video footage, ultimately, "fewer than one crime in 30 is solved through CCTV." And it doesn't even appear to be much of a deterrent; the Independent goes on to explain:

One company that sells CCTV equipment makes the startling claim that "crime is dramatically reduced by up to 95 per cent where CCTV is installed." If that were true, the U.K. would be most crime-free country in the world. The cameras are better at preventing low-level opportunist crime like break-ins, but are little deterrent to street violence, and they work better in semi-open spaces like car parks than in streets. Dover council introduced CCTV in 1993. After 12 years, they found that burglary in the areas covered had halved, car crime was down 87 per cent, but public disorder and crimes of violence had almost trebled.

Watch the sun's viral video -- and some other CCTV hits -- here: