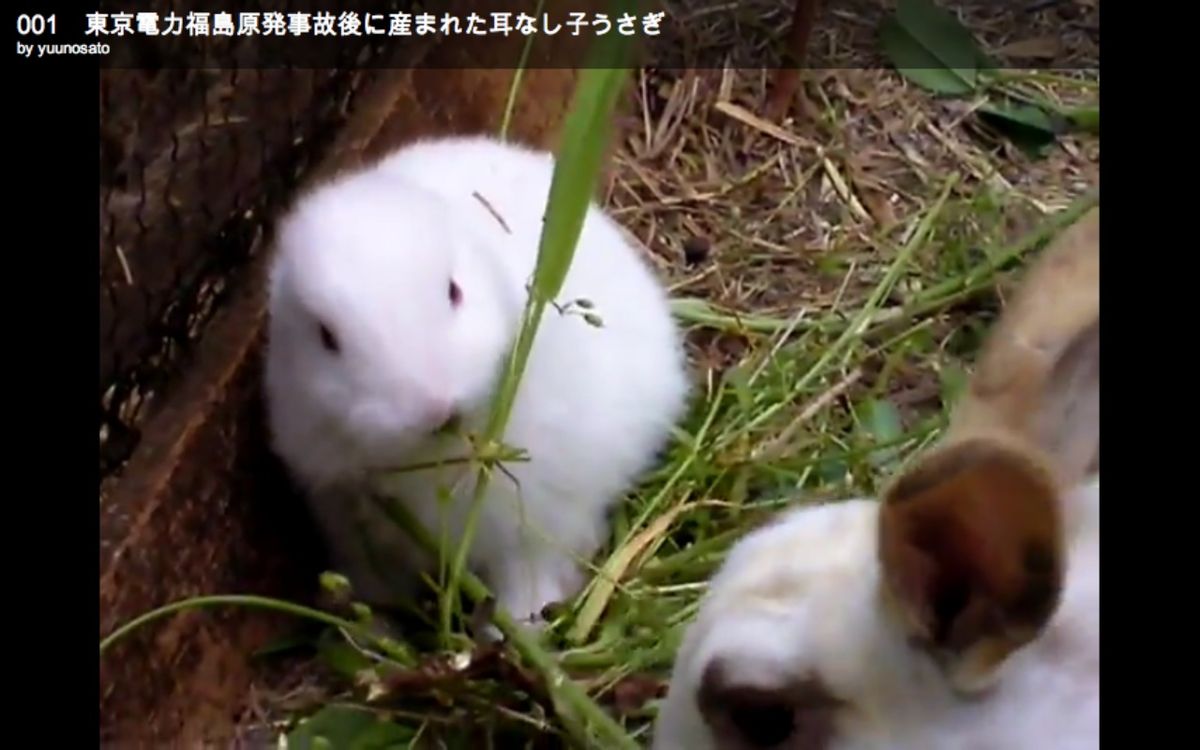 This story is almost certainly not about a genuine mutant bunny. However, Japanese media outlets have hailed the birth of an earless rabbit allegedly born near the damaged Fukushima nuclear facility as evidence of fearsome side effects of the catastrophe.

The bunny, captured on video and posted to YouTube, was reportedly found near Fukushima at the end of last month. According to radiation experts, however, the likelihood that the rabbit's unusual features are a result of nuclear mutation is very slim.

"To say this is the result of contamination from the Fukushima accident is a stretch, because natural radiation, as well as many other chemical substances in the environment and other factors, can also be mutagenic," F. Ward Whicker, professor emeritus at Colorado State University's Department of Environmental and Radiological Health Sciences, told AOL Weird News. Whicker admitted that radiation "can" cause these sorts of mutations, but that fall out from Fukushima is unlikely to the be the cause of this (probably anomalous) incident of earlessness.

"With only one video as evidence, it's impossible to know why the bunny has no ears, said Dana Krempels, a rabbit expert and University of Miami biology professor," AOL reported.

And the snow white Japanese critter is not the first earless bunny to have hit headlines. In 2008 in the U.K., far from any hazardous nuclear disasters, a rabbit aptly named Van Gogh was born totally healthy, without ears, as the Metro newspaper reported at the time.

And now for the adorable footage: