Muslim supporter to Newt: Knock it off 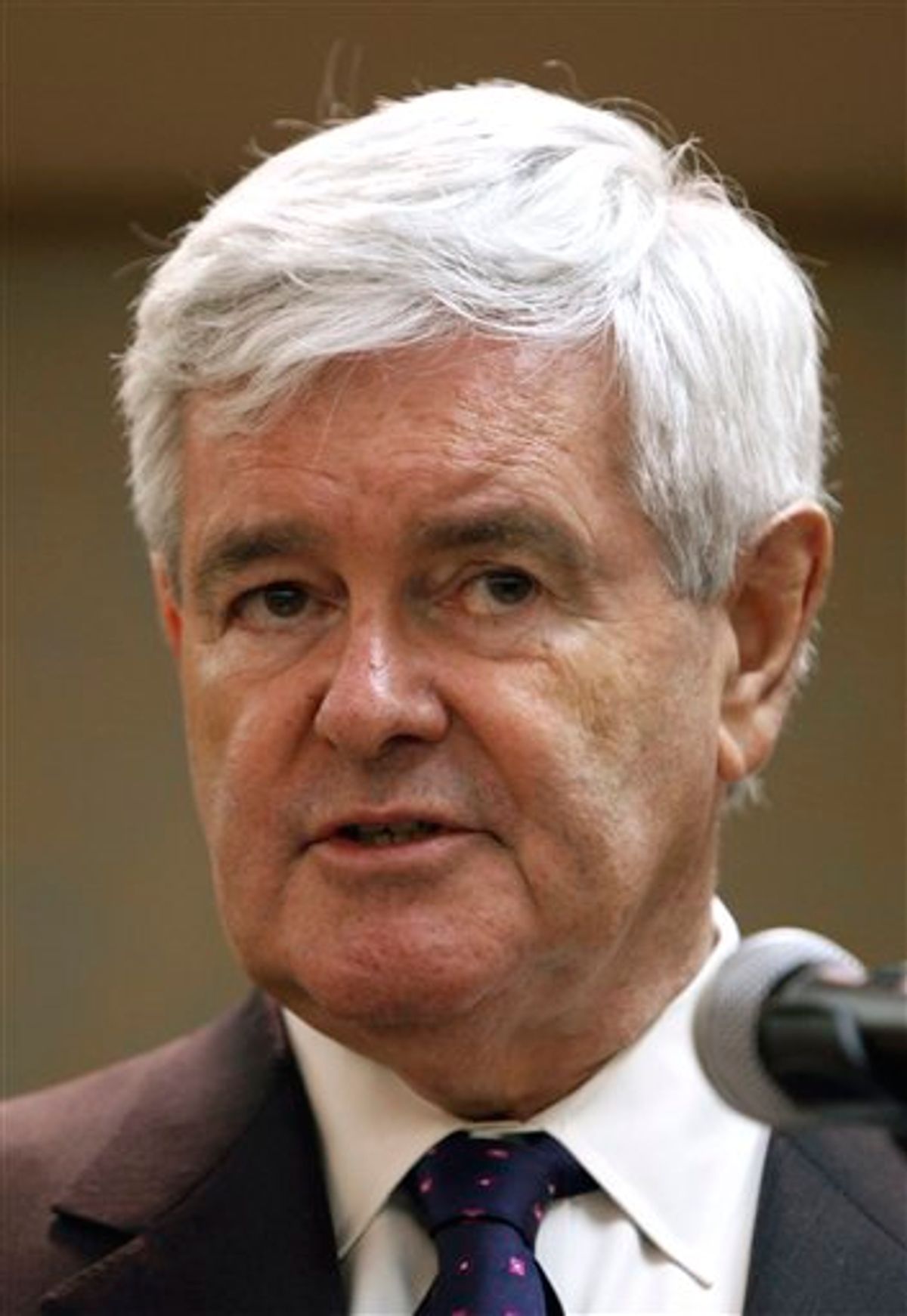 FILE - In this May 16, 2011 file photo, former House Speaker Newt Gingrich speaks during the Kiwanis Club luncheon in Dubuque, Iowa. For Republicans who once supported combating global warming, the race for the presidency is already getting hot. (AP Photo/Charlie Neibergall, File) (AP)
--

A longtime Muslim American supporter of Newt Gingrich tells Salon he called the presidential candidate a few months ago to object to Gingrich's statements about Shariah law and the "ground zero mosque."

"We have a Constitution and the First Amendment. Shariah law or any other religious law is not going to take over the Constitution," says Dr. Malik Hasan, who, along with his wife, Seeme, has donated tens of thousands of dollars to Gingrich and has hosted receptions for one of his groups, American Solutions for Winning the Future. "The sentiment is based on lack of understanding of the issues on [Gingrich's] part. It seems like to be a contender in the Republican race you have to take these positions."

The Hasans, who live in Colorado and made a fortune in the HMO business, were also prominent supporters of President Bush. (They are pictured at an event with Gingrich here.)

On Wednesday I wrote about Gingrich's evolution from a figure who maintained warm relations with the Muslim American community to a presidential candidate who has declared that Islamic finance and Shariah could destroy Western civilization.

Hasan tells me that he remains a strong supporter of Gingrich because he believes the former House speaker "recognizes the necessity that we start out from a non-ideological viewpoint to make the government efficient." But he describes himself as "disappointed" with Gingrich's statements about Islam.