In defense of hairy chests 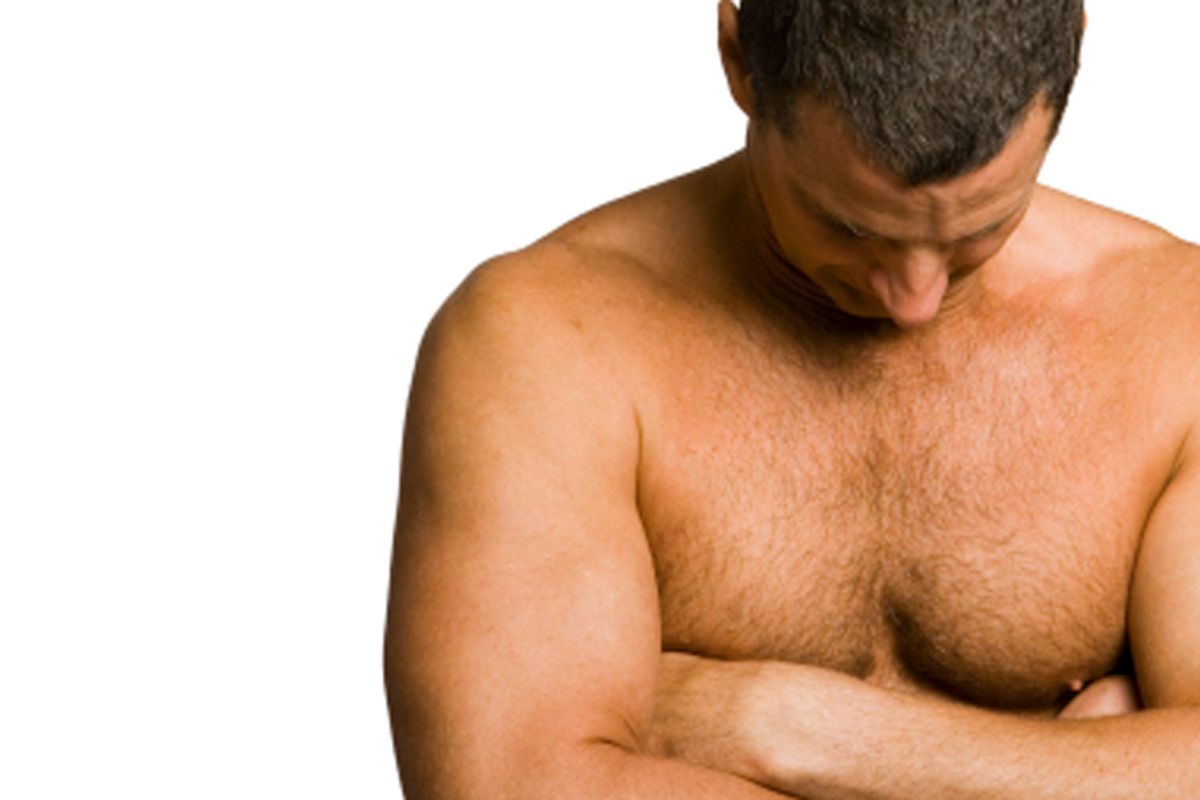 Weinergate raises concerns about many important things -- marital infidelity and politicians' lack of integrity, for starters. But I'd like to take a moment to address an admittedly much less important issue: male hair removal. Bare (or bear, as the case may be) with me. Consider the sheen of Weiner's chest -- which prompted speculation that he waxes -- and the seeming lack of hair in the new X-rated shot alleged to be of the congressman's junk. I have no idea whether he actually waxes his chest (he may be one of the 6 percent of Caucasian men with naturally hairless pectorals) or whether that is really his nether region. What I do know is that depilation is increasingly visible among straight men, and it's a damn shame.

I don't pretend to speak for all women; there are plenty of ladies who love nothing more than a man as smooth as a Sphynx cat. I've certainly gotten looks of revulsion from friends when expressing my fondness for unshorn men. But given the extreme visibility of denuded beefcakes -- everywhere from underwear ads to pornography -- it's easily forgotten that there are also women with a special appreciation for hirsute hotness. I love resting my head on an undepilitated chest, whether it's a thick forest or a slight scattering of curlicues in between the pecs. The same goes for running my fingers over a man's facial hair, be it a wee bit of stubble or (only in my dreams) a legendary thicket like "The Beard." As for the undercarriage, trimming can certainly be practical for certain carnal endeavors, but visually speaking, shaving and waxing takes away that earthy sensuality, the primal snarl.

I appreciate men's body hair in the same way that I relish their size and strength. It's just another signifier of difference. That isn't to say that women are naturally un-hairy, but they are generally much less so. Part of the charge in heterosexual sex is the distinction, the joining of opposites. I see a man with hair on his chest and I think (or rather feel, because this is where my rational, feminist brain checks out): You man, me Jane. It's not that hairiness necessarily makes a man more attractive -- please, no one run out for pectoral hair plugs -- it's that natural is sexy, and unvarnished maleness is incredibly erotic. To me, excessive hair removal signals an insecurity and uneasiness with our wild, primal selves. It's anesthetized masculinity and lust -- the total opposite of sensual.

The truth is that the male body in general gets a bad rap. There is this bizarre cultural notion that the female physique is innately and objectively more beautiful or artful. I can't tell you how many times a boyfriend or straight male friend has said to me, "I don't know how you women put up with this [gestures towards his own body]." Ancient Greek sculptors would have a thing or two to say about that, something along the lines of, "Are you fucking kidding me?" and "Get out of here with that nonsense" --  at least that's how I've always responded.

I suppose it really comes down to an appreciation of the natural body -- blame it on my Northern Californian hippie upbringing. On that note, there is nothing sexier than a man who doesn't give a crap whether a woman regularly shaves. But now we're getting into the subject of female body hair and, believe me, you don't want to get me started.