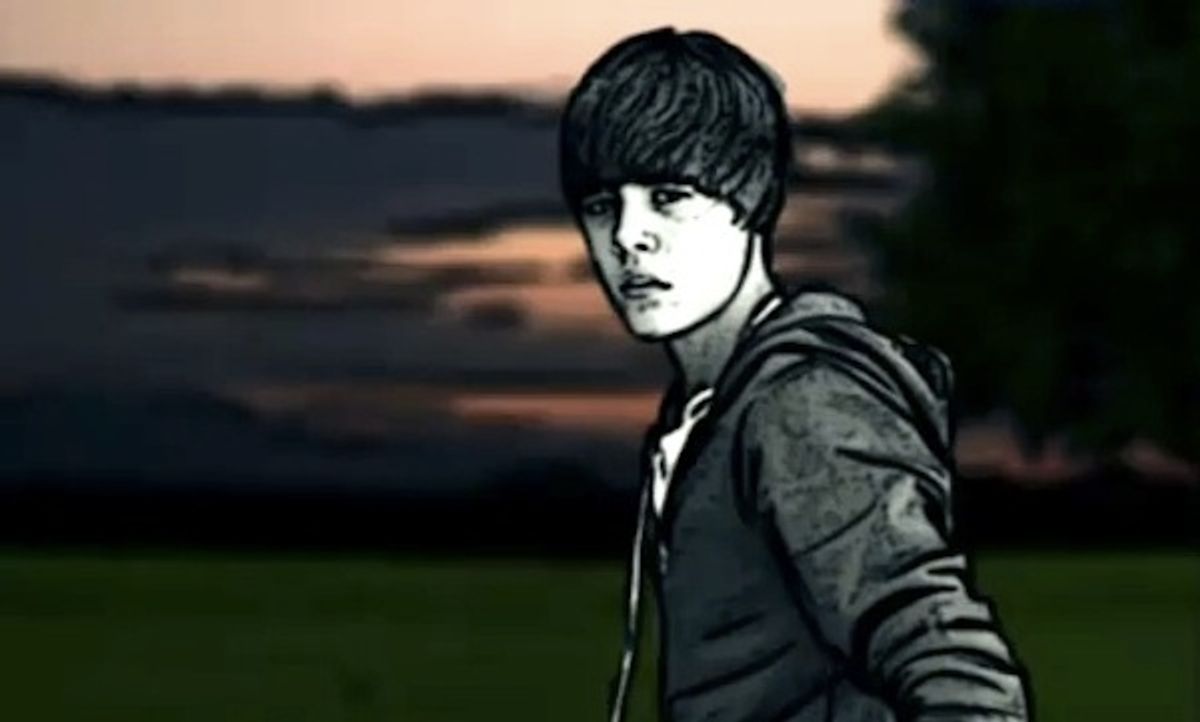 Justin Bieber won a CMT Music Award last night. Why not? If Gwyneth Paltrow gets to perform at the CMA awards (which is different than the CMT Music Awards, but not really), why shouldn't little Bieber get a statue? At this point, Hollywood has so infiltrated the country music scene – we can thank Nicole Kidman pairing up with Keith Urban for that one – and vice-versa (Lady Antebellum sweeping the Grammys this year, Taylor Swift, etc.), that it's difficult to claim that country music isn't already mainstream music.

Still though, is Justin Bieber country music? His award came in the form of Collaborative Video of the Year for his song 'That Should Be Me," featuring Rascal Flatts. Does it fit the specifications required of country music? Hard to say.

Why "That Should Be Me" may be a country song:

1) It's about breaking up

4) The appearance of Rascal Flatts

Why "That Should Be Me" may not be a country song:

3) Too many appearances of malls, texting

4) Boy with long hair and girlish features pouting into camera hasn't really worked for anyone in country music since Gram Parsons.

5) He's Canadian (Though that can work both for and against him, as half of the "country" in "country music" actually refers to Canada. See also: Shania Twain)

I was surprised to see Justin show up and accept his award, since he was almost a no-show at the MTV Movie Awards on Sunday. But hey, maybe he is trying to be a crossover star. What do you think: Is "That Should be Me" country enough to win a CMT award?