How to sabotage a recovery 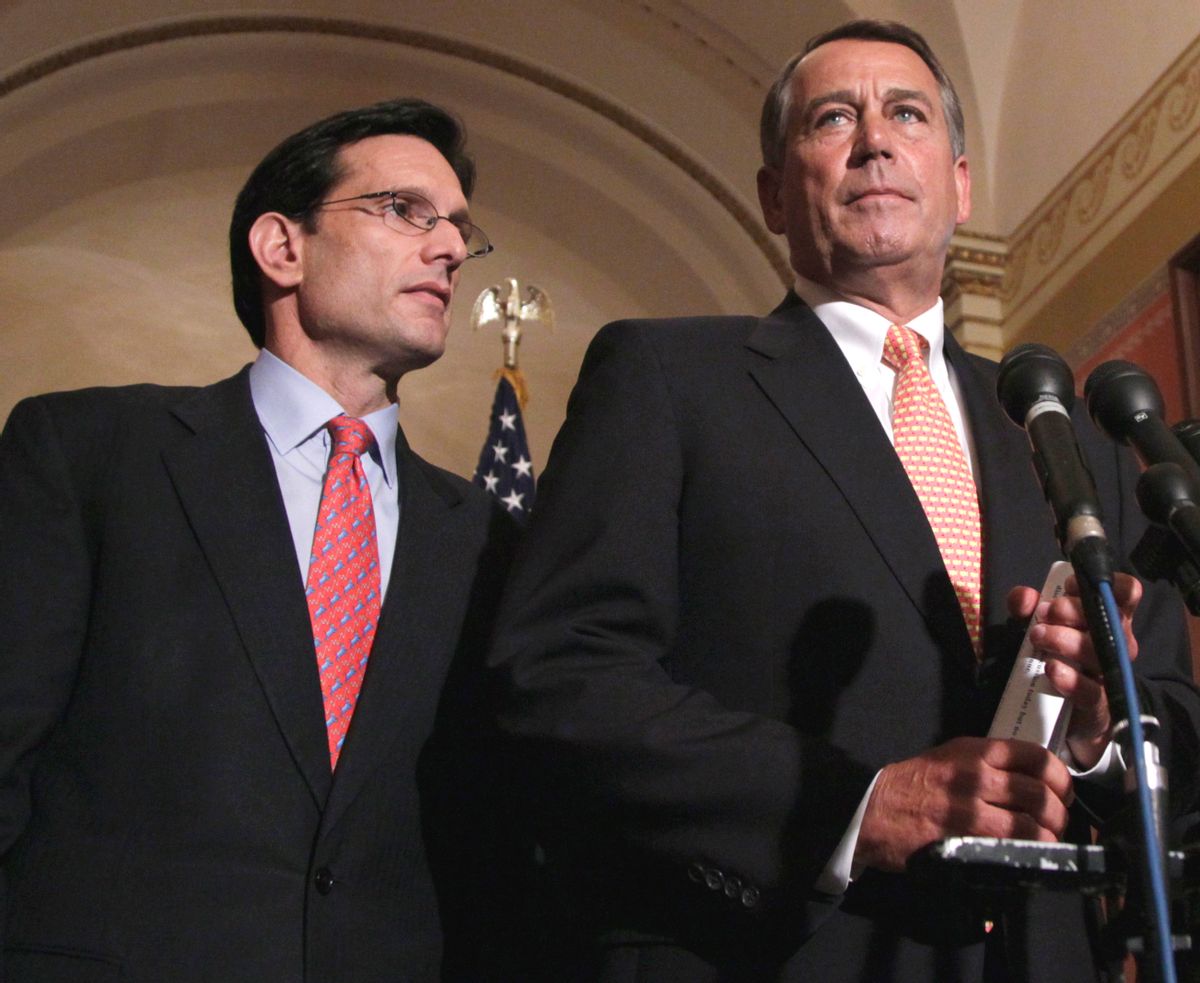 Having recently praised President Barack Obama's skills as a political counterpuncher, it's worth noting that in politics, as in boxing, it's risky to let your opponent take the initiative.

Many thought Bernard Hopkins clearly outpointed Little Rock's Jermain "Bad Intentions" Taylor in their first middleweight title fight in 2005, but the aggressive young challenger got the decision. See, there's politics in prizefighting. Until Taylor subsequently exhibited a glass chin, he was that sport's next big thing.

Regarding the economy, Obama has let his opponents set the terms of debate, resulting in widespread public confusion. Consider, for example, the following two paragraphs from a recent Newsweek/Daily Beast article called "America the Angry":

"By almost 4-to-1, Americans say our economy is not delivering the jobs we need, 81 percent to 12 percent.

"And Obama isn't helping. Fifty percent of respondents think the president has no real plan to balance the budget; 40 percent say he does."

That's certainly what the GOP wants. Whether leading Republicans actually believe that returning to the economic practices of the 1920s would be good for the nation is hard to say. Some may be pretending.

Not really. What most have in mind is something more like the Deep South of the 1950s -- an imagined paradise with comfortable "aristocrats," a timid middle class, and beaten-down peasants at each other's throats.

Many of them probably saw "The Andy Griffith Show" as a documentary.

Never mind that Republicans had yet to propose, much less pass, a significant piece of economic legislation. The improving jobs picture was all their doing.

It's considered rude to mention that Obama inherited an economy that was losing 800,000 jobs per month when he was inaugurated. This same economy began to turn around soon after Obama signed off on the American Recovery and Reinvestment Act of 2009, but it appears to be losing steam now that the provisions in the act are expiring.

But here's the thing: The main reason Obama's inherited economy is out of bounds is because the White House won't talk about it. The president seems so intent upon burnishing his credentials as a reasonable, bipartisan leader that he's failed to engage the public on a level it understands. Does he not get that you can't meet somebody in the middle who's running in the opposite direction?

Even so, the same "America the Angry" poll shows that voters aren't necessarily buying what Republicans are selling. Respondents say, by a 2-to-1 ratio (58 to 29 percent), that the GOP is blaming the White House rather than proposing anything useful. They support higher taxes on the wealthiest over budget cuts by a margin of 68 to 27 percent.

Abstract arguments about Keynesian economics mean little to the average person, but most know instinctively that America is very far from being "broke," as Republicans insist. Corporate profits are at record levels; Wall Street's wallowing in cash; the wealthiest Americans are hoarding an unprecedented share of the national treasure.

What's needed is to get that money moving. Businesses aren't hiring because there's too little demand. Unemployed, underemployed or merely scared middle-class consumers -- some 70 percent of the economy -- aren't spending.

"The answer seems obvious," Paul Krugman wrote in a recent New York Times opinion piece. "We should be using fiscal stimulus; we should be using unconventional monetary policy, including raising the inflation target; we should be pursuing aggressive measures to reduce mortgage debt. Not doing these things means accepting huge waste and hardship."

Yet when White House economic advisor Austan Goolsbee was interviewed recently by ABC's Christiane Amanpour, his big thing was how "we have a moment that we can talk about long-run deficit reduction."

Meanwhile, the words "debt ceiling" have scarcely passed Obama's lips -- even as the same GOP leaders who raised the blasted thing seven times under George W. Bush play Russian roulette with the "full faith and credit" of the U.S. government.

Unless, that is, they get the jobs-killing budget cuts they demand.