This could mark the end of Gingrich's faltering presidential campaign 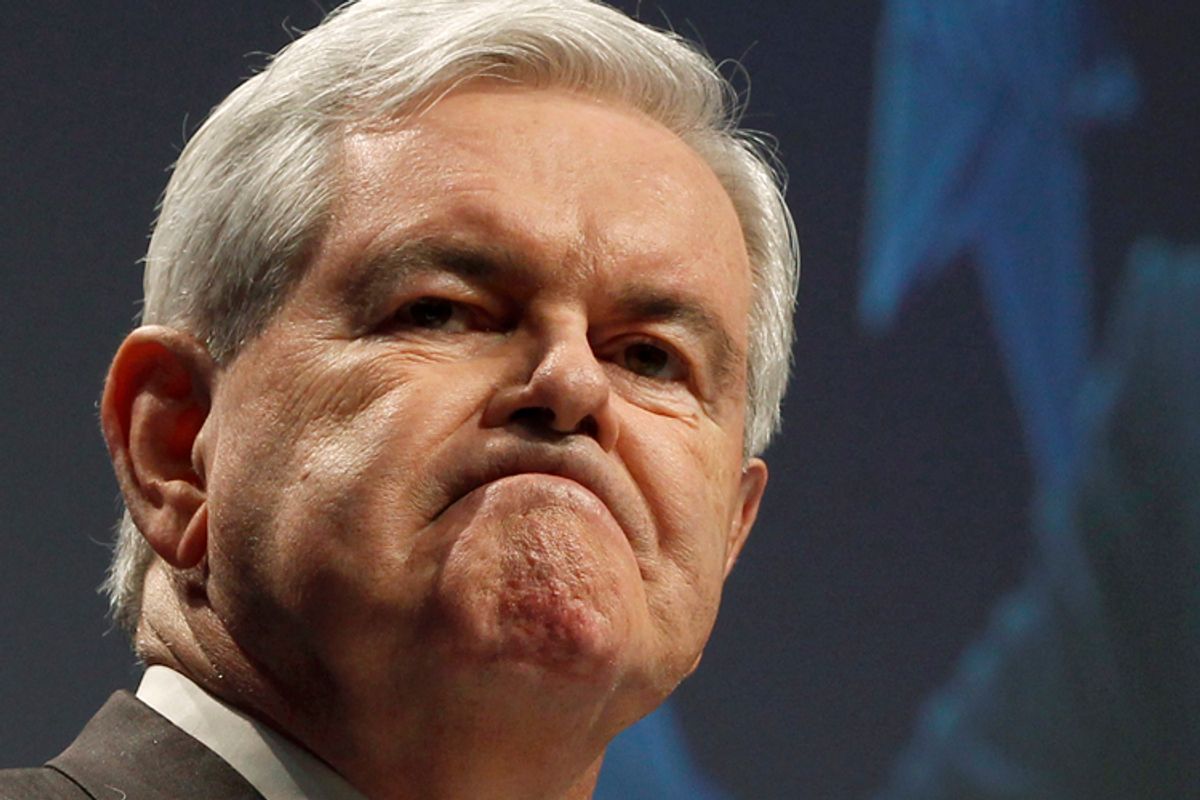 Gingrich has been out of the country for the past two weeks on a cruise in Greece.

He launched his campaign just a month ago and immediately faced a series of humiliating mini-scandals, including his flip-flop on the Republican Medicare plan and media scrutiny of his hundreds of thousands of dollars of spending at Tiffany's.

Gingrich said last month that Ronald Reagan, too, had struggled in the early days of his ultimately successful campaign for president in 1980.

UPDATE: Gingrich responds on Facebook: "I am committed to running the substantive, solutions-oriented campaign I set out to run earlier this spring. The campaign begins anew Sunday in Los Angeles."

And here is Tyler's explanation for departing after over a decade at Gingrich's side: "There is a path to victory. But there was a dispute on what that path to victory was."