A new report suggests government union benefits won't be bankrupting states, after all 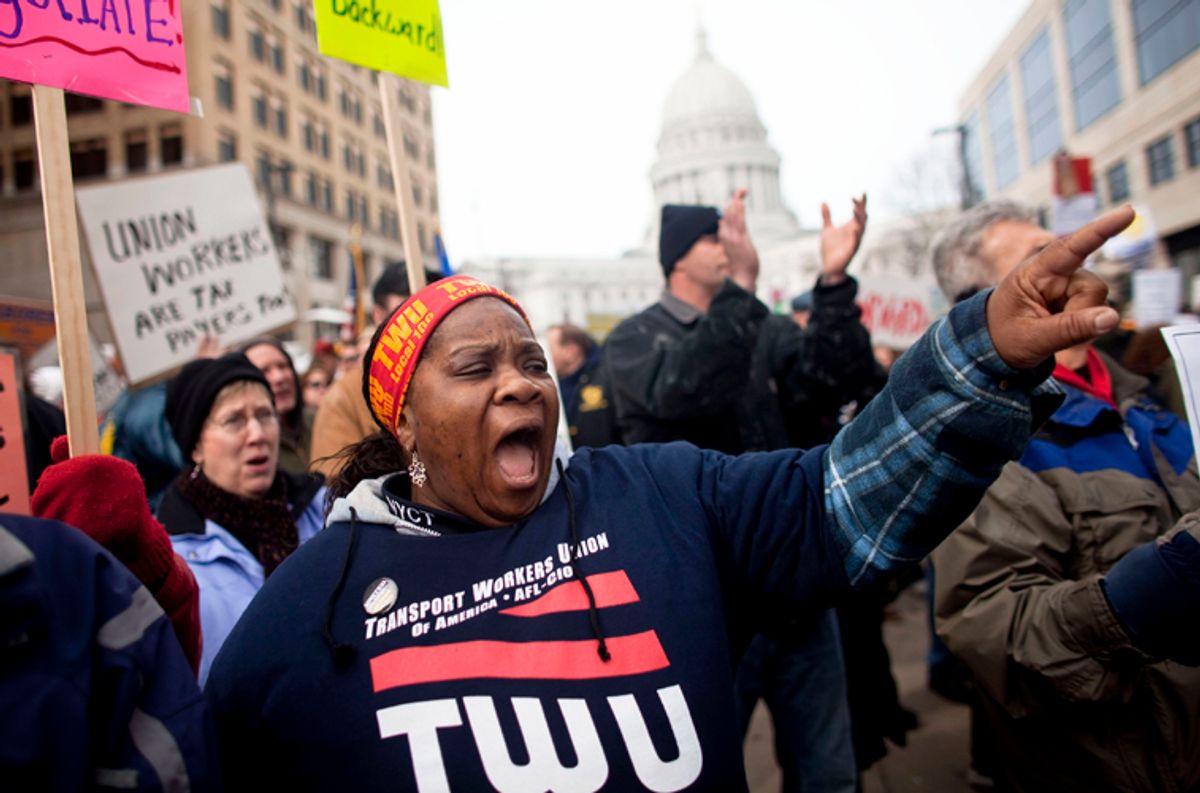 Remember that awful public sector union pension crisis that was going to bankrupt every state from California to Wisconsin? A little less Armageddon in the coffee, please. Reuters is reporting some interesting details from a new report by the National Conference of Public Employee Retirement Systems.

It found that over the last year, funds have achieved an annual investment return of 13.5 percent, nearly double the 7.7 percent rate most assume. On average, said NCPERS, pension systems are 76.1 percent funded, meaning they can cover more than three-quarters of liabilities. Typically, pensions are considered fully funded when they surpass 80 percent.

Sure, pension funds aren't going to register 13.5 percent returns annually on an ongoing basis, and the report goes on to note that the improved performance isn't happening in a vacuum. There has been some clear retrenchment:

NCPERS found that over the last two years most public pensions have lowered their assumed rates of return, lengthened the period of time to amortize their liabilities, increased employee contributions and raised the retirement age.

But the changed financial outlook does underscore an important point that defenders of public sector unions have been making for several years: Judging the financial prospects of a pension fund in the middle of a historic economic crash is a dumb thing to do. As the economy improves so too will fund performance.

The lesson can be extrapolated to the larger challenges facing the federal government. The best deficit-reducing strategy is a growing economy that generates increased tax revenues. A misguided pivot to austerity, on the other hand, runs the clear risk of inducing slower economic growth, lower tax revenues and higher deficits.

How The World Works The Labor Movement U.s. Economy Wisconsin