As we age, our money managing skills decline. So what happens when the entire nation gets crotchety? 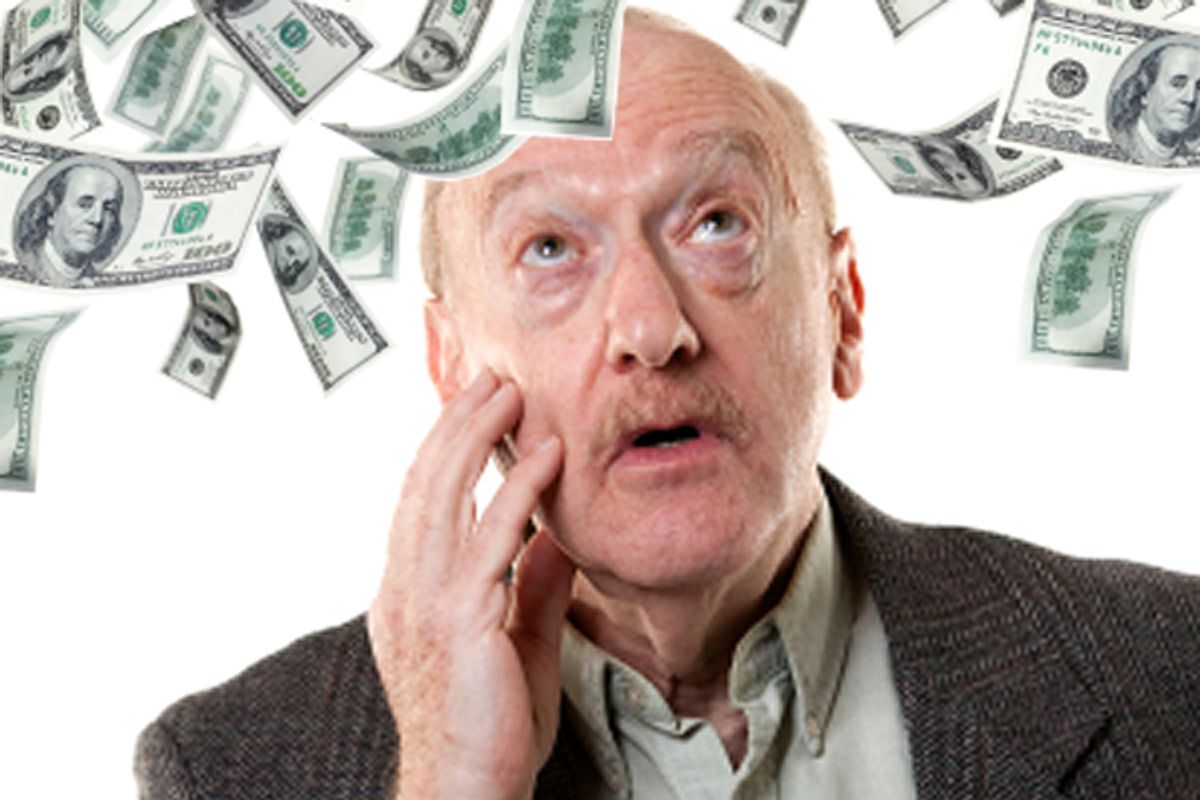 As if this country doesn't already have enough to worry about, a tidbit from the Wall Street Journal blindsides us with the prospect that even as our government's ability to manage its finances stumbles from one disaster to another, our population's cognitive ability to handle our own money is also headed for dementia.

The Journal's Mary Pilon summarizes a speech delivered this week by Harvard economist David Laibson at an annual conference hosted by the investment research firm Morningstar. In "The Age of Reason" Laibson recapitulates previously published research findings investigating how one's ability to manage finances is affected by declining cognitive function due to the aging process.

Anyone who has negotiated an elderly family member's perilous journey through such territory won't be surprised at the basic outline. Neither the young nor the old are very good at managing their finances -- but the mean age at which financial mistakes are minimized is 53, and after that, apparently, it's all downhill.

But such is life. The more troubling implications occur when one applies Laibson's findings to national demographic trends.

About 35 percent of wealth is controlled by those 65 or older, Prof. Laibson said, and that number will grow as boomers age. The total balance sheet of U.S. households is $53 trillion, he says.

Egad. You might not be out of bounds to think that it might be in our nation's self-interest to explore whether there is a prudent regulatory approach to minimizing the chaos that could ensue from the micro-mismanagement of 40 percent or more of our nation's wealth. But anyone who has attempted to convince his or her grandmother to stop driving will likely quail at the thought of engaging in some similar effort on a national, baby-boomer-size scale. Throw some Tea Party anti-government rage into the mix and, well, maybe it's best just not to think too much about it.