Was it the controversy surrounding the MTV remake that killed the show, or the fact that no one wanted to watch it? 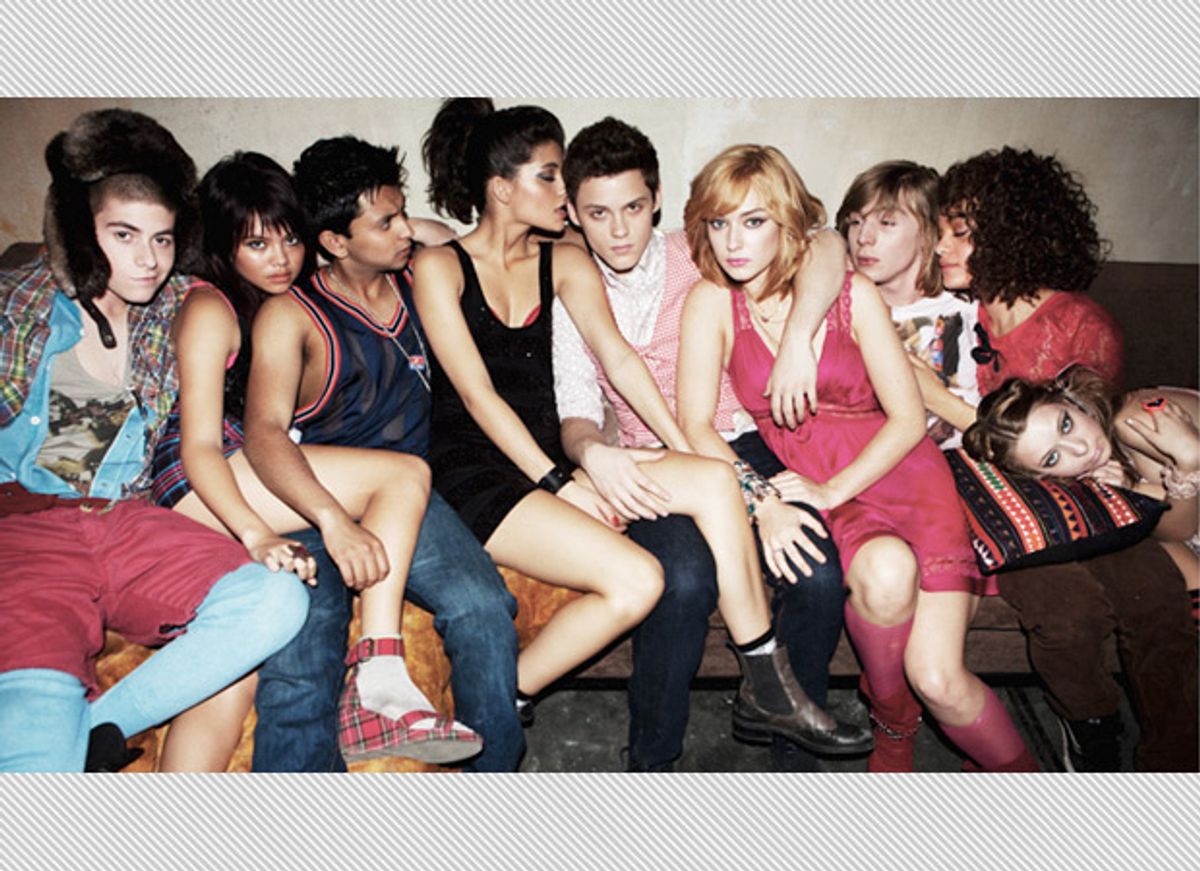 "Skins" canceled because it was too provocative...or not provocative enough?
--

"Skins," the controversial teen sex/drugs/whatever-the-kids-are-listening-to-these-days (dubstep) scripted dramedy on MTV, has been canceled. America just doesn't "get" the program the way the U.K. does, where the original "Skins" is about to premiere its 6th season. So what happened?

Some critics are blaming the Parents Television Council for calling the show "child pornography" and scaring off all the advertisers.  Some are claiming that Bryan Elsley's show was just too racy for American audiences and/or Viacom. Other say it wasn't racy enough to compete with actual reality television. My contention? The American version of "Skins" just wasn't good enough to warrant a second season.

You have to remember, "Skins" premiered in America after the most expensive ad campaign in MTV history, which highlighted these unknown non-actors in a series of sweaty sex piles and rave dances. They weren't trying to bury the sexual aspect of the show, they were trying to play it up. And it worked, in part because of the campaign and partly because the U.K. "Skins" had such a huge fan base over here to begin with. The series premiered to 3.26 million viewers, which is more than the U.K. show ever brought in (about three times as much) and one of the biggest in the network's history. But a funny thing happened after the first episode: The ratings plummeted. And they kept plummeting.

See, when the British "Skins" had only 877,000 watching the premiere of its third season, that's still about 5.9 percent of the U.K.'s market share. When the U.S. "Skins" fell below a million viewers, that embodied a much smaller percentage of the population, and was a good indicator it was time to pull the plug. This would have been true if the show was about dogs and ponies and ice cream, or teenagers taking Ecstasy and having graphic sex. Airing in a coveted prime-time spot on Monday nights on a major network, "Skins" needed to do way better in the numbers than its British counterpart. A little indie breakout hit wouldn't even make waves here if only 877,000 people watched it, and if that's how many viewers you attract on MTV during prime time? You're screwed. If the IFC channel or FX had picked up "Skins"  rather than MTV, we might still have a chance for Season 2.

People are saying MTV's decision to put the TV-MA logo on top of the show (meaning that it was unsuitable for anyone under 18) and the advertising pull-out was the reason the numbers dropped so hard and fast. I'd argue against that, too. It took several episodes for the PTC to start moralizing and for the warning label to show up. And even then, since when has that stopped people from watching something scandalous? And on MTV, the teen-sex network, for crying out loud! Sure, MTV may have mellowed in its old age, but it hasn't mellowed enough to go from 3.4 million to under 1 million in the course of five weeks. No, what happened was that  people were excited for this new experiment, and it failed.

"Skins" wasn't a "bad" show, per se, and som see could even argue that it had its merits. But it failed to deliver on the "Kids"-meets-"Gossip Girl" hype that MTV put all its money on, and combined with the controversy from the PTC (which still could have been marketed in the show's favor, I think), "Skins" was never able to succeed in what its predecessor excelled at: being racy enough to compete with "reality" shows like "Teen Mom" or "Intervention," while being sexy and sleek enough to compete with scripted teen offerings.