Anthony Weiner: Why it's harassment

He calls his crotch shot "a joke," but that's a dismissive excuse for unacceptable behavior 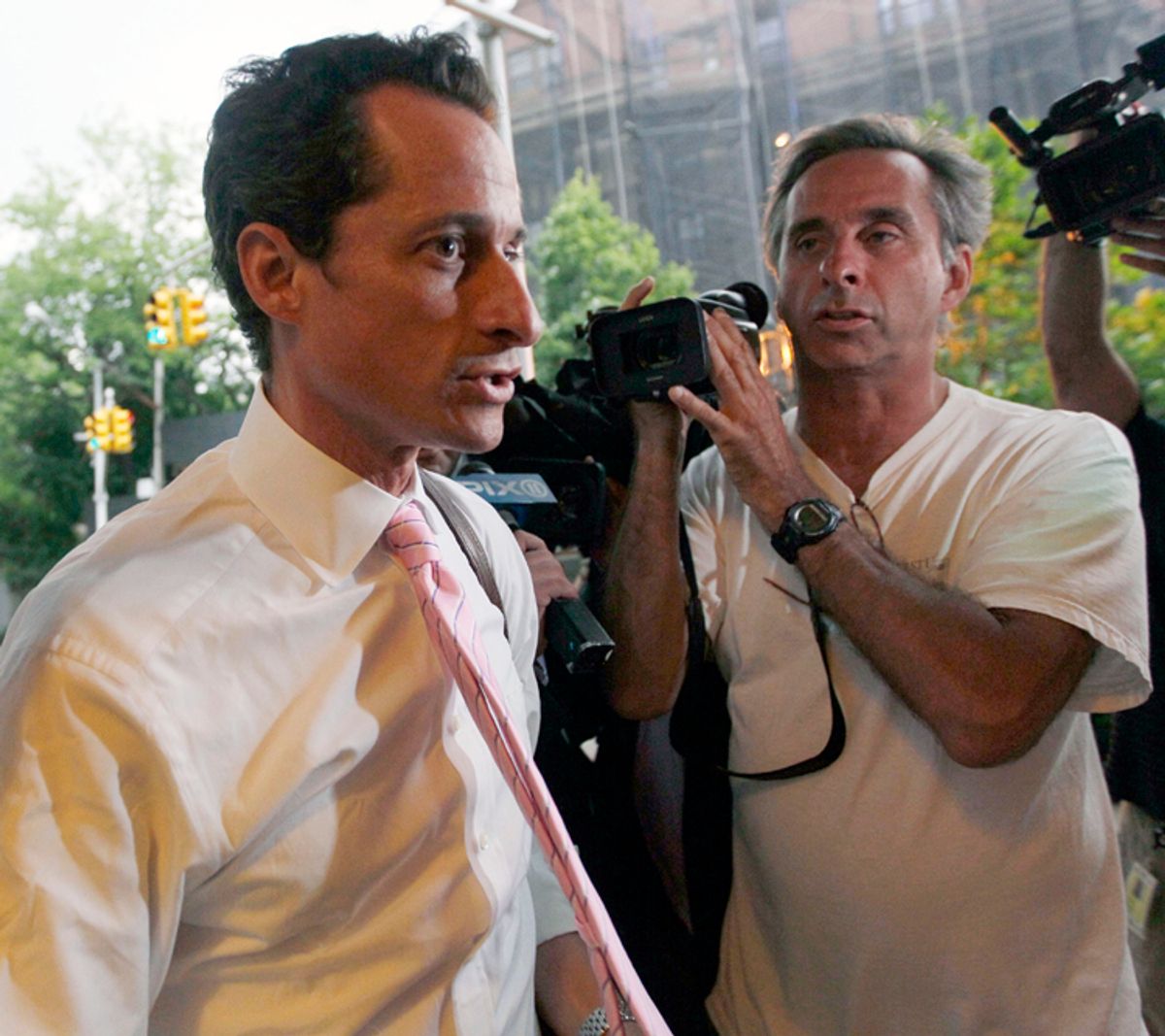 Rep. Anthony Weiner, D-N.Y., is surrounded by reporters as he arrives at his house in the Queens borough of New York, Thursday, June 9, 2011. Weiner admitted four days ago that he had Tweeted sexually charged messages and photos to at least six women and lied about it. (AP Photo/Mary Altaffer) (Mary Altaffer)
--

In contrast, after the bulge tweet seen round the world, Gennette Cordova, the college student less than half his age to whom Weiner sent it, stated that "There have never been any inappropriate exchanges between Anthony Weiner and myself. I also do not have a clear understanding as to how or why exactly I am involved in this fiasco. I do know that my life has been seriously impacted by speculation and faulty allegations." And Weiner, somewhere in his rambling press conference earlier this week, backed up Cordova's claim, stating, "I tweeted a photograph of myself that I intended to send as a direct message as part of a joke to a woman in Seattle…. This woman was unwittingly dragged into this and bears absolutely no responsibility."

That's why, in a story I wrote yesterday, I referred to Weiner as "a predatory jerk" whose behavior, if his account of it is true, was "possibly outright harassing." A number of readers took issue with the term "predatory," remarking that his history, "however juvenile it was, still looks like flirtation" and that "these women are at least as into it as Weiner."

So let's be clear here. A declaration of admiration is not an invitation to worship your glorious dong. If a Democratic representative chooses to engage in a little online wink wink with a woman other than his wife, and said lady is up for it, that might be tacky at best. But if you are sending unsolicited photos of your penis to, say, a female reporter who catches your eye or a Twitter follower who lightheartedly expresses her fandom, that is not a "joke." A duck walking into a bar is a joke. An unasked-for shot of your erection is harassment. It's an act of sexual aggression. And guys, it's just this simple: If she didn't ask to see your boner, don't show her your boner.