Spokespeople deny rumors that Clinton will seek organization's presidency. We look at how the top job works 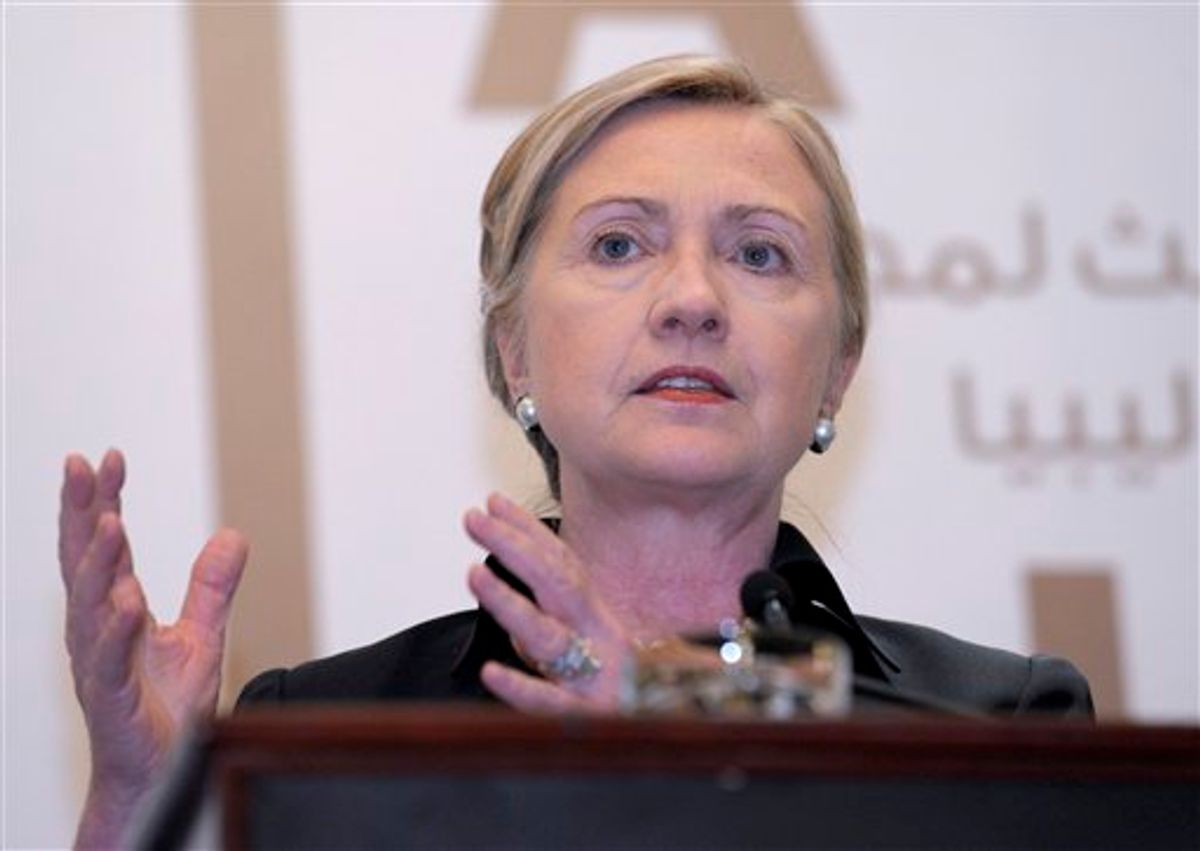 Hillary Clinton's spokespeople have already assertively denied a Reuters report that the secretary of state will seek the World Bank presidency once it becomes vacant in 2012.

"Let me address this as definitively as I can, on the record ... The story is completely untrue," said Philippe Reines, Clinton aide and deputy assistant secretary of state."

Political commentators were all a-Tweet last night in response to the rumor and its rebuttal, weighing in on whether Clinton would have been elected and what this might have meant. Slate's Dave Weigel tweeted "But isn't the World Bank presidency supposed to go someone discredited?", while Reuters' Felix Salmon posted, "The next head of the World Bank should be a woman AND from a developing country. My vote: Ngozi Okonjo-Iweala [Nigeria's finance and foreign minister]."

Salmon's desires are, however, out of keeping with tradition. Ten of the 11 past (all male) World Bank Group presidents have been American (the only non-American-born head: James D. Wolfenshohn, an Australian-born, naturalized U.S. citizen who preceded Paul Wolfowitz in the role). Indeed, although the president is technically elected by the World Bank's multinational board of executives (the 24 members of which act on behalf of the 187 shareholder countries), the U.S. basically gets its pick of president.

Indeed, in 2007 when the correct president, Robert Zoellick (former deputy secretary of state) was nominated for the post by then-president George W. Bush, the BBC noted "the U.S. nomination has always been accepted in the past." Despite criticisms that Zoellick was ill-suited for the position, Bush's nomination won through (critics cited Zoellick's lack of experience in development in poor nations and his past negotiating trade agreements that helped big pharmaceutical companies at the expense of broadly provided affordable, generic medicine.)

The U.S. nomination was accepted despite the fact too that Zoellick's predecessor, Paul Wolfowitz, left the role after it was found that he improperly directed pay rises for his partner, Shaha Riza (at the time a communications officer at the bank). Wolfowitz had also been criticized for applying neo-conservative principles and acting in the interest of U.S. foreign policy when making lending decisions.

The fact that the U.S. administration essentially gets to pick the World Bank president points to how the role of president and the World Bank as an institution function. Some see the World Bank's role now simply as subordinate to its sister organization, the IMF (former World Bank chief economist and Nobel Prize winner Joseph Stiglitz called the World Bank the "junior partner" of the IMF). The bank's lending decisions (of which the president plays a part in making) coincide for the most with IMF policy (basically, encouraging countries to open up their markets to free market capital). As Stiglitz wrote in his 2002 book "Globalization and its Discontents": "Capital market liberalization may not have contributed to global economic stability, but it did open up vast new markets for Wall Street."

According to Stiglitz, a primary aspect of World Bank policy follows the "Washington Consensus," (a set of policies formulated with the IMF and the Treasury). It is unsurprising therefore, that the successful nomination for World Bank president tends to also come from Washington.

Clinton may well not be eying the World Bank (sources have gone so far as to call such rumors "grade A bullshit"). The International Business Times wonders, "If not running the World Bank, what will Hillary Clinton do after she steps down as Secretary of State? Would she be IBM's Vice-President? Or Defense Secretary? Or will she be gathering herself for yet another White House bid in 2016? Or indeed, a race as early as 2012? No one thinks it's plausible that a person of her talent and ambition will fade away from public life."

Regardless of Clinton's decision, it would be a safe bet to look to an American when deciding who to put your money on as Zoellick's successor.