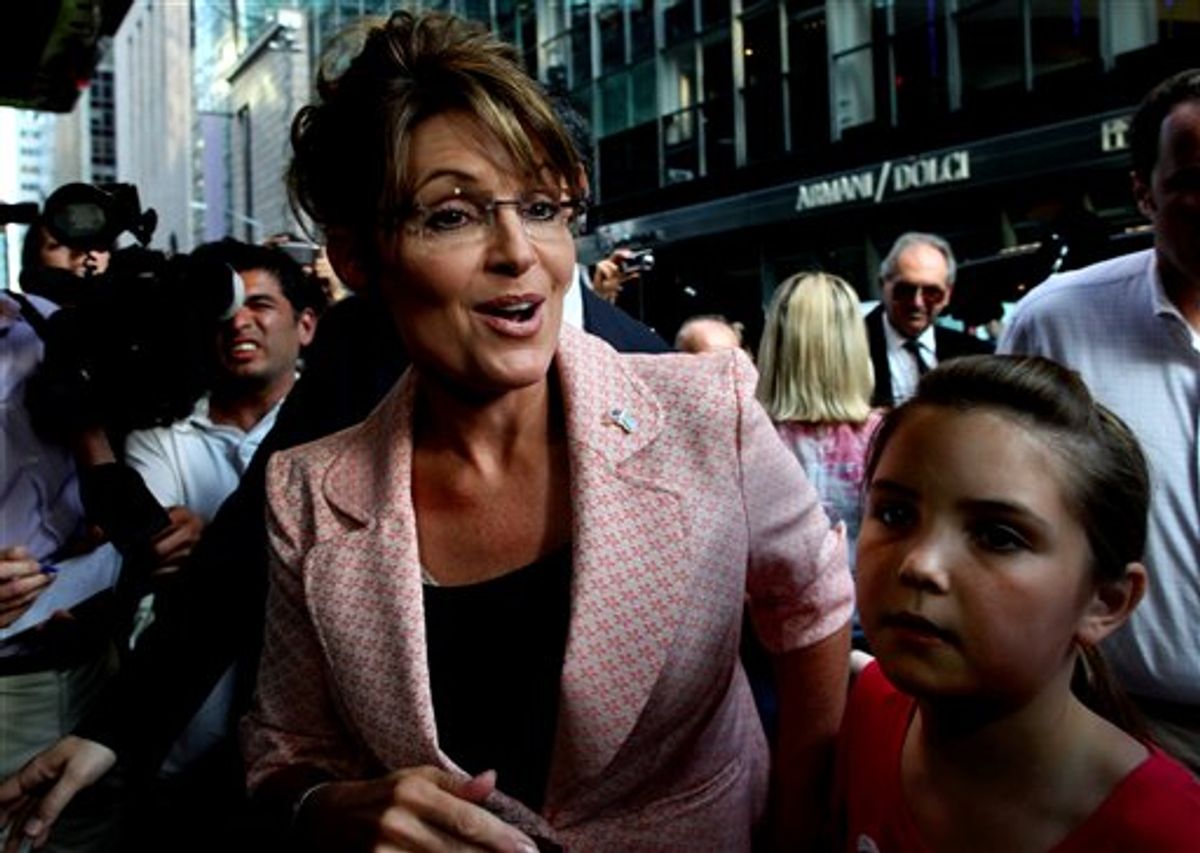 The cinema premiere of "The Undefeated," the new documentary about "true American hero" Sarah Palin, is just over a month away -- and today, Victory Film Group announced an exclusive screening deal with AMC Theatres, which will show the film starting July 15.

According to a press release:

In addition to the cities in which the movie is expected to launch, the public also will be encouraged to vote on future theatre locations that may screen The Undefeated. Voting takes place at www.cinedigm.com/theUndefeatedMovie [Note: This link appears to be broken]

AMC is committed to providing distinct content to diverse audiences across the United States. We are proud to consistently offer a wide variety of product to our guests.

And one of the film's producers added:

The documentary is made to be seen on a big screen. With its story of a small-town girl who, against all odds, rises to the pinnacles of American government, the film plays with all the drama of a Rocky picture, only with a woman as the central figure and with politics instead of boxing.

"The pinnacles of American government"? Sounds like this film is not only dramatic, but also dramatized.