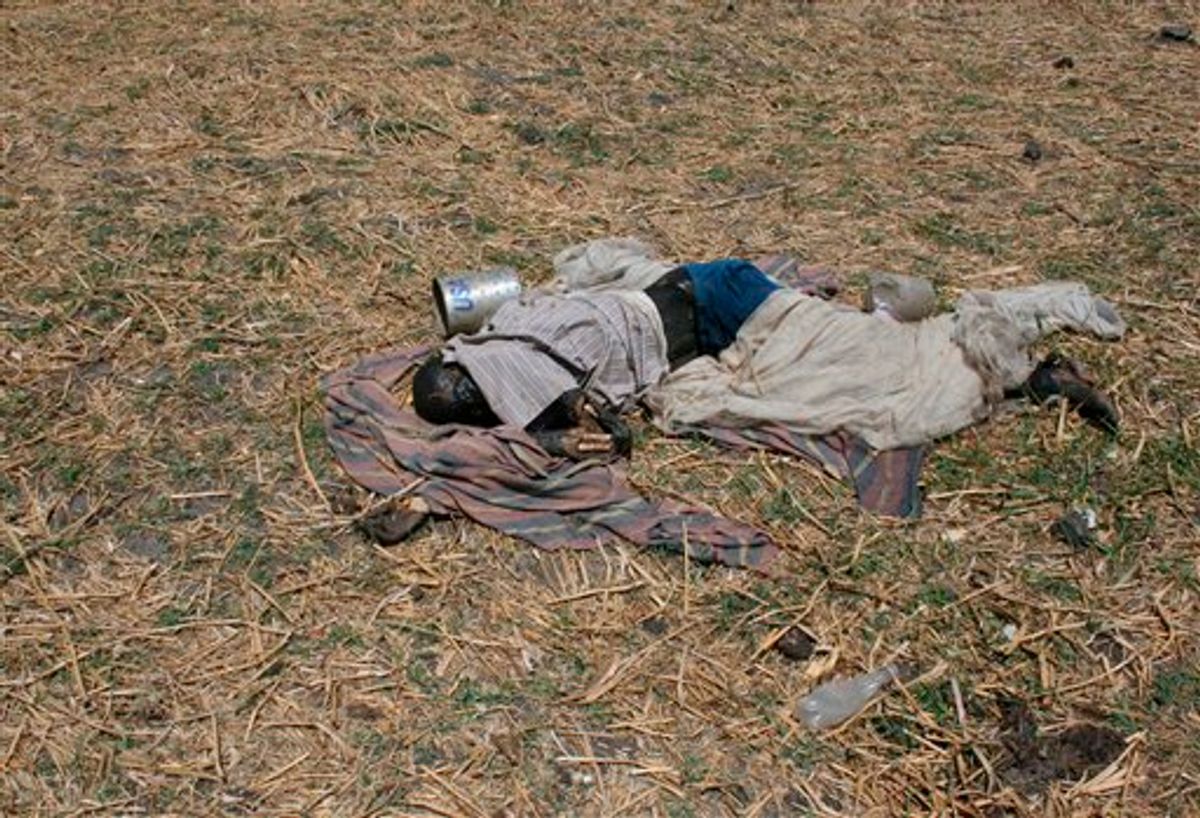 In this photo obtained by the Associated Press on Thursday June 2, 2011 and taken on May 8, 2011, a man, who according U.N. reports had been killed in a apparent massacre of civilians, lies on the ground in the village of Kaldak, Jonglei state, southern Sudan. Southern Sudan soldiers attacking a minority ethnic group targeted and shot unarmed men and women after a battle at this remote Nile River village that resulted in hundreds of civilian victims, according to secret U.N. reports obtained by The Associated Press. The killings including of women and young children, raise serious questions over how much control Southern Sudan's military leaders have over troops in the field as the south approaches its independence day July 9, when it officially breaks away from northern Sudan and becomes the world's newest nation. (AP Photo) (AP)
--

The United Nations and international aid groups said Friday that up to 146,000 people have fled their homes amid fresh fighting in the disputed border region between North and South Sudan.

The U.N. aid coordination office said some 30-40,000 people have fled Kadugli, the capital of South Kordofan state, where the north's Sudan Armed Forces clashed with elements of the south's Sudan People's Liberation Army on Thursday.

The fighting included aerial bombardments by the SAF, said U.N. spokeswoman Elisabeth Byrs. Aid agency offices in Kadugli have been looted and most local and international aid staff have fled the area, she said.

Meanwhile, the International Organization for Migration says a further 106,000 people are displaced around Abyei, to the southwest of Kadugli.

Humanitarian agencies working in the region warned that delivering aid will become significantly harder once the rainy season starts, as many roads and airstrips will become unusable.