"One Lucky Elephant": Man and pachyderm, a love story 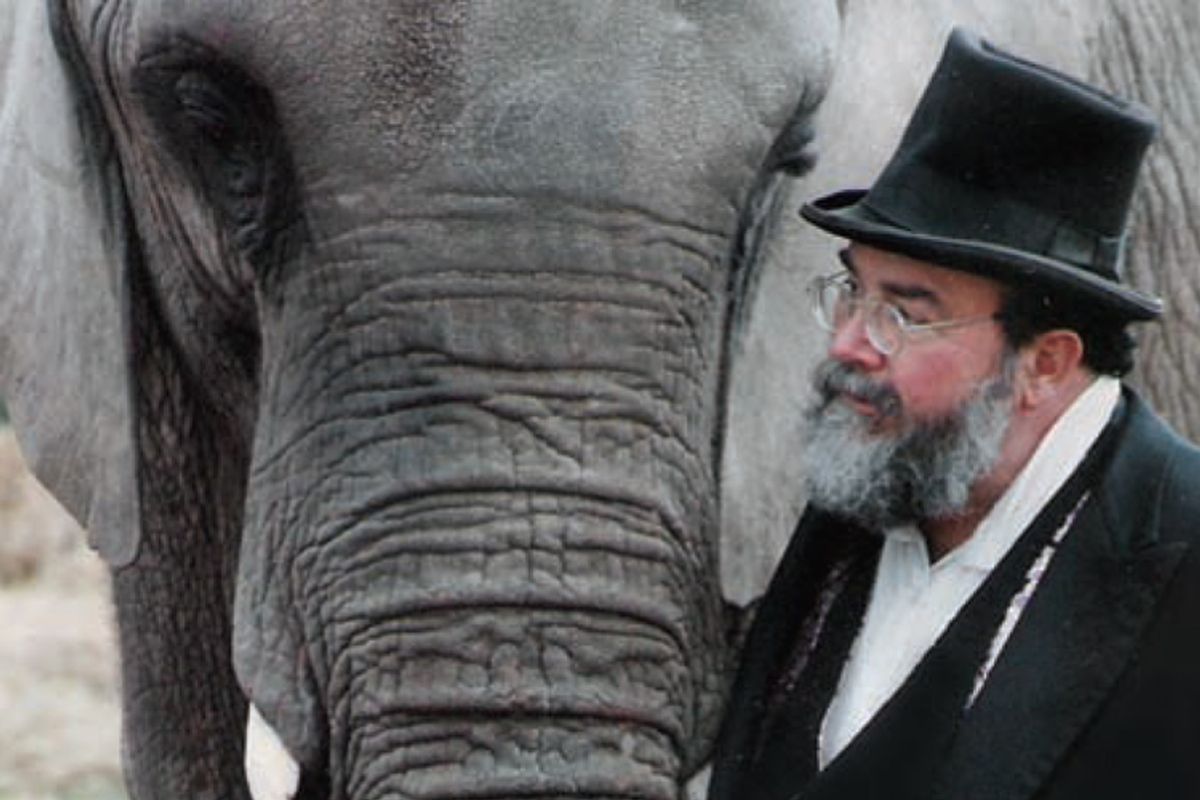 David Balding with Flora in "One Lucky Elephant"
--

Anyone interested in the evolving debate around animal rights will want to see Lisa Leeman's documentary "One Lucky Elephant," which both illuminates the bond that can form between humans and animals and also reminds us that we can never quite leap over the gulf of comprehension that lies between us and other species. We're accustomed to think of our responsibilities to other creatures in planetary or ecological terms, but all of us face it occasionally on a moral and individual level, as when we find an injured bird in the street. For St. Louis circus entrepreneur David Balding, the human star of Lisa Leeman's documentary "One Lucky Elephant" -- a pungent, bittersweet two-species tragedy of good intentions -- that question took an unusual personal form, not to mention a strikingly large one.

In 1984, Balding bought a two-year-old baby elephant he would name Flora, who had been orphaned after a "herd culling" in Zimbabwe, a barbaric practice that involves killing all the adult elephants and capturing the infants as export commodities. "I always wanted an elephant," he says in an early voiceover. "Be careful what you wish for." In some people's eyes, the initial purchase of a born-free creature that has been broken and trained as a circus animal would be enough to make Balding a villain; in retrospect, he himself suspects the whole thing was a mistake. But Balding is a thoughtful and tenderhearted fellow, not at all what you'd expect from a circus lifer. He loved Flora to pieces; he named his circus after her and cared for her the best way he knew how.

Flora's story is murky on many levels, and you'll find yourself wishing, over and over again, that she could tell it for herself. One thing that seems clear, however, is that Balding was the one constant in Flora's life after she came to America. He didn't know much about elephants at the time, and didn't understand that they're highly social animals who should live with others of their kind. But Flora was alone, and wound up bonding to Balding so forcefully that the latter's wife (who came along later) refers to herself as "the other woman." Whether or not it was healthy for a human and an elephant to form such a close relationship, it happened. And like so many love affairs, this one ends ambiguously for both parties.

Leeman and her producing team began to follow Balding and Flora around the year 2000, when Balding became determined to find her a new home. He realized that he was growing old and Flora was almost certain to outlive him (elephants can live 50 years or more). Furthermore, he came to believe that as she grew to adulthood Flora was bored with performing in the circus (he claims she thrived on the attention when she was younger), and yearned to be with other elephants. He looks into the possibility of sending her to a safari park in Botswana, and when that falls through lends her to a Miami zoo. That leads to an extremely bad item on the local news, and in 2004 Flora finally moves to the Elephant Sanctuary, a Tennessee facility run by a woman named Carol Buckley, who was one of Flora's original circus trainers and, like Balding, now had second thoughts about the whole experience.

But that isn't quite the end of the story, and certainly isn't the end of the movie. Leeman gradually unpeels the tale of Flora and Balding and Buckley, and all three characters, you might say, become a bit darker than we initially supposed. The film's title becomes, while not quite incorrect, layered with a sad irony. (Don't worry; if something really terrible were going to happen to Flora, I'd warn you.) Flora is a lucky elephant because there are people who love her and want to create the best possible life for her -- but how can we tell what is best for a wild-born elephant who has spent virtually her whole life with humans? That proves to be a devilishly difficult problem, one that drives a wedge between Balding and Buckley after Flora moves to the Tennessee sanctuary. "One Lucky Elephant" is almost a parable, one that's less about elephants or animals than about human beings and their efforts to heal original sin, something that's never possible. Meanwhile, the object of that sin looks on, several inscrutable tons of hot-tempered pachyderm. She loves to smash watermelons open with her big, flat feet and then eat them.

"One Lucky Elephant" is now playing at Film Forum in New York. It opens July 17 at Cinema 16:9 in Lansdowne, Pa., and June 24 at the Laemmle Music Hall in Los Angeles, with other cities to follow.