The social network lost users in the U.S., Canada and Britain, but its dominance won't dwindle any time soon 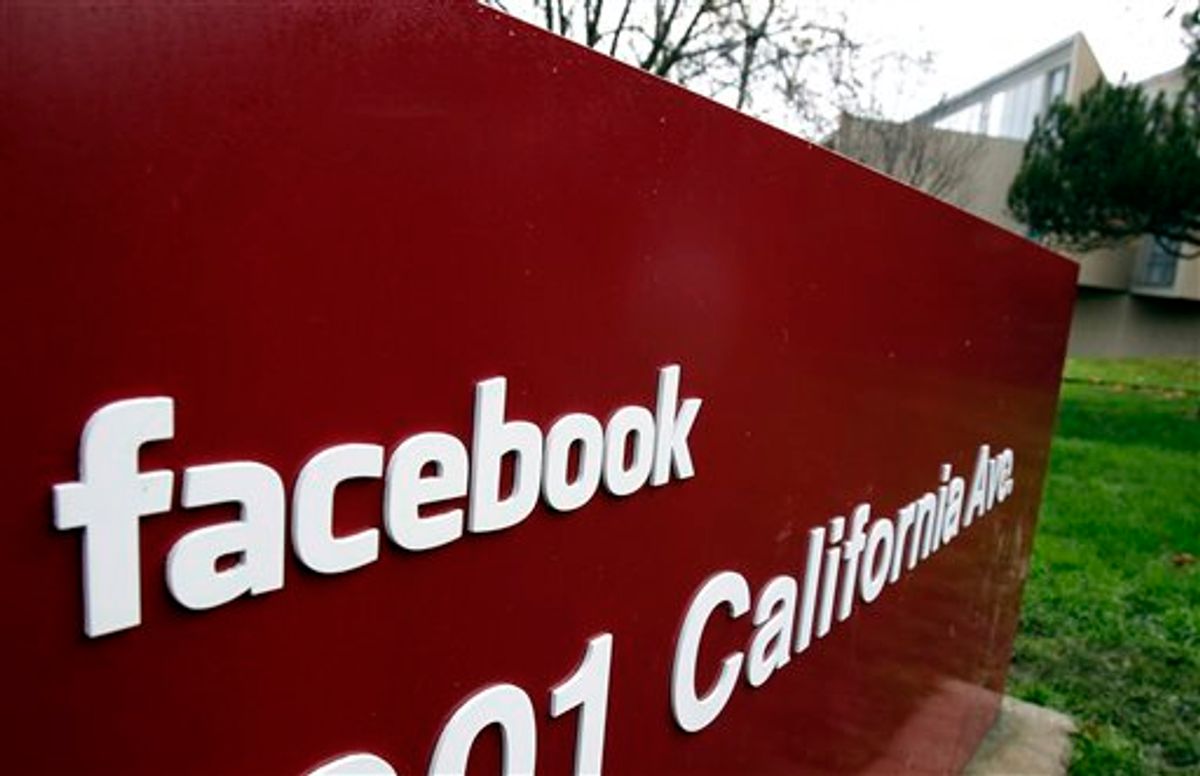 FILE - This Jan. 3, 2011 file photo shows the exterior of Facebook headquarters in Palo Alto, Calif. The intense rivalry between Facebook and Google The intense rivalry between Facebook and Google just got juicier as characters behind the latest Silicon Valley drama evoked talk of smear campaigns, secret clients and even Richard Nixon. It took a once-secret blogger, known as Fake Steve Jobs, to help sort it all out. (AP Photo/Paul Sakuma) (AP)
--

Last month, for the first time in the past year, Facebook lost users in the U.S. According to research from InsideFacebook.com, 6 million U.S. users left the social network in May, bringing the number of monthly active users down from 155.2 million to 149.4 million.

Both April and May saw Facebook's growth slowing, prompting questions as to whether the online leviathan might actually reach a saturation point. According to Inside Facebook, once 50 percent usage is reached in a given country, growth tends to stop (suggesting, perhaps, that Facebook can take over just half the world).

Inside Facebook emphasizes that "seasonal changes" could account for the slower growth in the past two months ("college graduations, and other short-term factors, can influence numbers month to month and obscure what's really happening"). The Financial Times agrees, noting, "Although these are headline-grabbing statistics, they are just a couple of months' data -- it isn't yet a trend."

And let's not get carried away. Facebook dominance is not going anywhere fast as it nears 700 million monthly active users. Similarly, untapped markets remain. Currently, Facebook is blocked in China, but if this were to change (a definite possibility, Inside Facebook has argued in the past), access to hundreds of millions of potential users would open up. When it comes to China, however, Facebook's reputation -- already damaged by its ostensibly low regard for users' privacy -- could take further hits if it compromises too much when it comes to oppressive Chinese censorship practices.

Meanwhile, concerns about peaking growth do not seem to have affected the social networking giant's value. According to CNBC on Monday, Facebook "will likely go public in the first quarter of 2012, with a valuation that could top $100 billion."