"The Man in the Rockefeller Suit": The great impostor 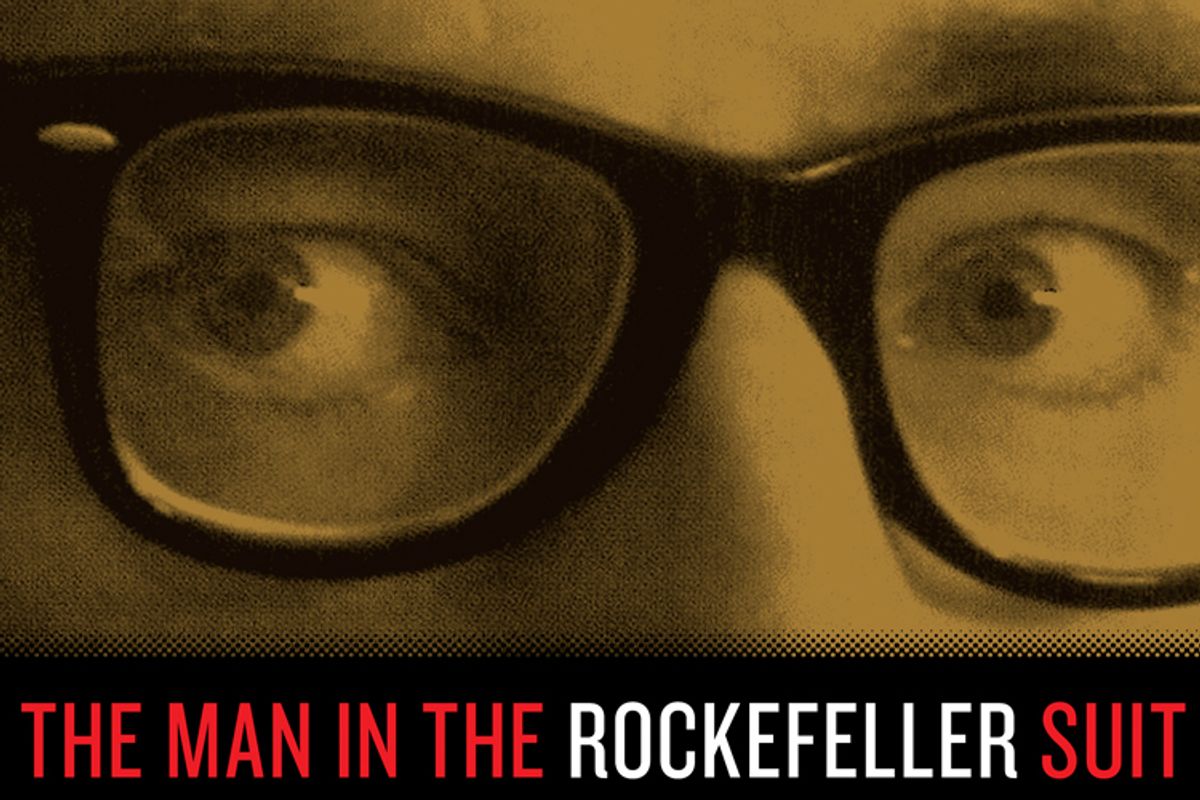 Rich people don't Google: That's one of the curious things to be gleaned from Mark Seal's frivolous but highly diverting true-crime saga, "The Man in the Rockefeller Suit." It tells the story of Christian Karl Gerhartsreiter, the son of a house painter from a small town in Bavaria, who spent 30 years living under a series of false identities in the United States. For more than half that period, Gerhartsreiter successfully passed himself off as one of the lesser members of the Rockefeller clan. Under the name Clark Rockefeller, he married a highly paid consultant and Harvard Business School graduate with whom he fathered a child. He might still be "Clark Rockefeller" today if his 12-year marriage hadn't fallen apart, leading him to kidnap his daughter and set off an international manhunt.

Seal originally covered the Clark Rockefeller case for Vanity Fair magazine, and it's a classic VF story, the sort of society crime yarn that beguiles countless travelers through the first leg of a cross-country flight. In his early 20s, Gerhartsreiter bluffed his way into this country and began honing his impostor skills on the widows and matrons of San Marino, a high-end Southern California suburb. San Marino's new-money elite were dazzled by his calling cards -- "Christopher Chichester, XIII, Bt." (the "Bt" was for "baronet") -- and by a wardrobe featuring "a navy blue blazer with a crest on it, not a family crest, but just a crest the manufacturer of blazers had put on the pocket," as one of the sources in this exhaustively researched account told Seal.

Gerhartsreiter's rise was the product of audacity, intelligence and charm (his) combined with gullibility and status-seeking (his marks). It's impossible not to marvel over what the German kid got away with -- like telling the San Marinans that he owned an English cathedral he wanted to import to their town or convincing them that he had produced "The Prisoner" (a famous British TV series that first aired when he was 7 years old).

When Gerhartsreiter's San Marino setup went south (we'll get to that later), he hightailed it to Greenwich, Conn., with its stately colonial homes and fabled yacht club. He called himself Christopher Crowe and claimed he'd directed the revival of the "Alfred Hitchcock Presents" TV series. (Another Christopher Crowe, the real one, did work on this and several other film and television projects, and the appearance of his name in credit sequences won over many of Gerhartsreiter's dupes.) Incredibly, in 1987 he was even hired to run the American corporate bond department of a Japanese securities firm, managing five employees and making more than $100,000 per year despite the fact that he was under 30 and had absolutely no experience or educational credentials. (That didn't last long; Gerhartsreiter was fired when somebody noticed that "Nothing was being done -- there was no trading going on whatsoever.")

San Marino finally began to catch up with him, so Gerhartsreiter went to ground for four years. When he finally resurfaced, he was calling himself Clark Rockefeller and insinuating his way into the echelons of Manhattan's Upper East Side. After marrying Sandra Boss, a woman nearly as mystifying as Gerhartsreiter, he eventually graduated to the big time, buying a house in Boston's Beacon Hill neighborhood, where he managed to deceive several people who had known actual Rockefellers into thinking that he was one, too.

How did Gerhartsreiter do it? Haute WASP Episcopalian churches turn out to have been a key element in his campaigns. He'd attend after-service coffee hours and scent out the easily snowed. Once he'd befriended a couple of people, he parlayed those connections into further friendships and eventually into memberships in private clubs where the staff could be counted on to greet him by his assumed name. Soon everyone believed he was a Rockefeller because everyone else they knew believed it, too. A good Web search might have proven otherwise, but the people Gerhartsreiter hobnobbed with seem to have been fairly backward in that department. One of his Boston friends was impressed when he loaned Gerhartsreiter a recording and the impostor "put it into digital form and returned the CD."

Gerhartsreiter's "marriage" (it would later turn out that the service, held in a Quaker church, had no legal standing) to Sandra Boss was a scam of another order. With his radar for the vulnerable and credulous, Gerhartsreiter selected a bride who was sufficiently competent and driven to bring home the money he needed to support a facade of inherited wealth, but also insecure enough in her private life to allow him to bully her into near-complete submission. At one point, Boss was pulling in a $2 million salary while enduring insufficient heating and food in the couple's ramshackle manse in rural New Hampshire.

Boss was also terrified -- correctly, it turned out -- that if her marriage split up, her manifestly ingenious husband would find a way to kidnap her daughter. He was "dangerous," she insisted, and this also turned out to be correct: Earlier this year, Gerhartsreiter, who is already serving time for kidnapping his child, was charged with murdering his San Marino landlady's son and daughter-in-law back in the 1980s.

Only one of the law-enforcement officials Seal interviews makes the obvious point that Gerhartsreiter succeeded the way all con men do: by tricking people into believing what they already want to believe to begin with. True, he had the trappings down cold, from the lock-jawed diction of Eastern-seaboard privilege (familiar to everyone from the voice of Thurston Howell III of "Gilligan's Island" -- in fact, that's probably where Gerhartsreiter learned it) to the preppy uniform, including Topsiders worn without socks. And somewhere along the line, he had even acquired a collection of forged paintings -- good enough, apparently, to convince many experts and providing further evidence that he came from a family famous for collecting art.

Still, there were a few people who suspected him of being a phony, so the performance wasn't bulletproof. Gerhartsreiter's primary marks were thrilled to be buddies with a Rockefeller, to know someone who'd worked in the movie business, or for the CIA, or designing cutting-edge weaponry (all stories Gerhartsreiter told). His odd behavior -- his phobias about Connecticut and hotels, his refusal to eat anything but white foods, and above all his stinginess -- were written off as a rich man's eccentricities. He is clearly a phenomenally quick study and possessed of encyclopedic knowledge on numerous subjects (mostly gleaned from books), but doubts must have arisen all the same. They were promptly papered over by desire.

Besotted with wealth and prestige, Gerhartsreiter may be weird, but he isn't hard to understand. Who better to fathom his motives than the average Vanity Fair reader, that avid devourer of socialite scandals and celebrity gossip? Both have pressed their noses against the window of privilege, but only Gerhartsreiter squandered a lifetime and an impressive array of talents to get inside.

Biography Books Crime Our Picks What To Read