Did the stars of "16 and Pregnant" talk to a doctor?

Adolescent medicine can be a legal minefield, but we need confidential consultations to keep teens healthy 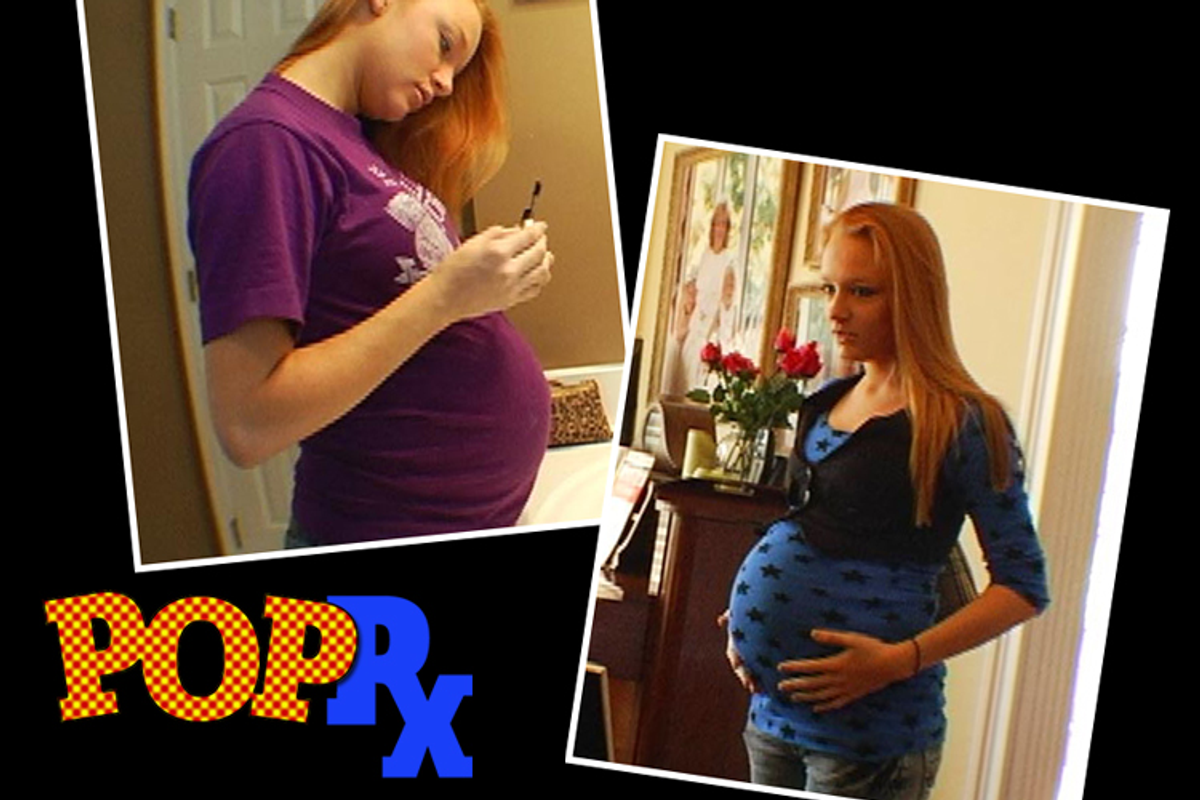 During a routine checkup, a 15-year-old patient perched on the exam table; her mother sat in a chair across from me. After posing a few opening questions, I politely asked the girl's mother to leave so I could speak to her 15-year-old daughter alone.

A little private time is common in consultations with teens; it gives them the opportunity to be honest about various behaviors, including sexual activity, that they wouldn't discuss in front of their parents. CDC statistics show a third of girls in the U.S. are sexually active by age 15, so these talks can make the difference between a teenage girl staying healthy by practicing safe sex, and becoming a star on the next season of "16 and Pregnant."

The MTV show has generated a lot of controversy because of the way the mothers and mothers-to-be on the program behaved after they'd decided to have a child. But, for a pediatrician like me, the show raises a different question: Did these young women have the chance to talk privately with their doctors before MTV started shooting their second trimester?

In every state, including California where I practice, adolescents are legally entitled to some level of confidentiality when it comes to issues related to sexual activity. And it's because of these privacy laws that I've been able to talk to patients of mine about practicing safe sex, learn that girls I'm treating are pregnant and want an abortion, and prescribe antibiotics for sexually transmitted diseases (STDs).

This confidentiality plays a vital role in keeping teens healthy. Research shows that a significant number of adolescents would stop using birth control pills and skip out on STD-testing if their parents had to be informed, though only 1 percent would stop having sexual intercourse. A study of Texas policies that require parental consent for state-funded family planning and increased reporting of adolescent sexual activity estimated that the resulting increase in teen pregnancies and STDs could be costing the public as much as $44 million annually. When an economist in Illinois examined the effects of one county's decision to implement a parental consent requirement for contraception, she found an increase in the relative proportion of births to females under age 19 in the area as compared to nearby counties with similar racial and economic profiles but no restrictions on minors' access to contraception.

The legal protections and health benefits should make treating teens straightforward. But in practice it's complicated, challenging and often messy. Parents are usually the first obstacle when it comes to confidential consultations; many are determined to stick to their child's side throughout the visit. For example, my 15-year-old patient's mother did leave the room but I later discovered she had her ear pressed up against the door the entire time her daughter and I were having our "private" conversation.

Studies show that many parents don't know about teen privacy rights. And they're often not thrilled when they find out. One mother cut an appointment short when I told her why she needed to leave the exam room ("It's not so I can learn all of his dirty secrets -- it just allows me to take the best care of him that I can," I tried to explain). After directing a few choice expletives at me and my staff, she dragged her son out of the office.

The culture wars also complicate our ability to treat teenage patients, especially when it comes to abortion. Some states have general statutes that allow minors of a certain age to consent to medical or surgical care on their own, but they usually make an exception for abortion. In order to get that particular procedure without parental consent, a minor often has to get judicial permission. (While judges in some states, like Massachusetts, routinely grant permission, there are some judges in other states, like Alabama, particularly Alabama, who have never OK'd the procedure for any girl, no matter how close she is to her 18th birthday.)

The HPV vaccine is another instance where I often see ideology impinging on adolescent health. The vaccine, which is designed to prevent an STD infection that can cause cervical cancer, is offered to girls starting at age 11. Yet, echoing a talking point from the hard right, I've had some parents who won't let their daughters get the vaccine because they view it as a "permission slip" for their children to have sex.

But parents and politics aren't the only obstacles. Doctors sometimes contribute to the problem. Even for those of us who see teens regularly (I used to, up until one year ago, work parttime in a clinic for adolescents), it can be tough to keep up with the latest medical practices, legal requirements and political debates. As a result, some of us get nervous when confronted by an adolescent who needs more than a sports form signed to play high school volleyball. The situation brings up questions like "How do I prescribe birth control?" or "How do I do a pelvic exam?" that don't arise when treating other patient age groups.

The laws present their own complications. The statutes, written in the worst legalese, are difficult to understand and interpret. Even though I keep a copy of the laws on a corkboard above my desk, I still find myself regularly asking one of my colleagues whose focus is adolescent medicine to explain certain technicalities.

Confidentiality does not cover all services a teen may receive, only sensitive ones. And mandatory notification laws trump privacy. If a teen admits to being suicidal, for example, I'm legally (and ethically) obligated to inform the parents and the psychiatrist. Yet, out of ignorance or a desire to earn a patient's trust, many doctors falsely promise "total confidentiality." (And, of course, in situations where a parent does have to be notified, you can imagine how likely it is for that patient to trust us -- or any other doctor -- with private information again.)

So how do doctors walk the tightrope of teen care? Certainly, we can do our best to keep up with developments in adolescent health public policy. We can also encourage parental education on these issues. One study showed that many more parents approved of private doctor-child consultations after they were given further information about the subject in the form of a handout or a face-to-face meeting. We should fight to keep the barriers to access low as well -- allowing teens to walk in for pregnancy and STD testing, eliminating any out-of-pocket fees associated with confidential care, and giving out our email address so that teens can connect with us if they need to.

Despite how much I understand all this intellectually as a doctor, I wonder how I'll react when my two little girls, both still under 4, reach that trying age. I hope I'll be able to let go, but I know it'll be difficult. When it happens, I'll try to keep in mind the story of one of my first adolescent patients. She came in with her mother to ask for birth control. She was 16 at the time, but years before they had made a commitment to discuss sex openly and frankly. I smiled and complimented them for their ability to broach such a difficult subject. At that moment they both started to cry, thankful for each other and their relationship. I counseled her about birth control and wrote her a prescription.

That experience reminds me that, despite all the statutes and science, fostering trust and communication between parents and children is the most important factor in keeping teens safe and healthy.