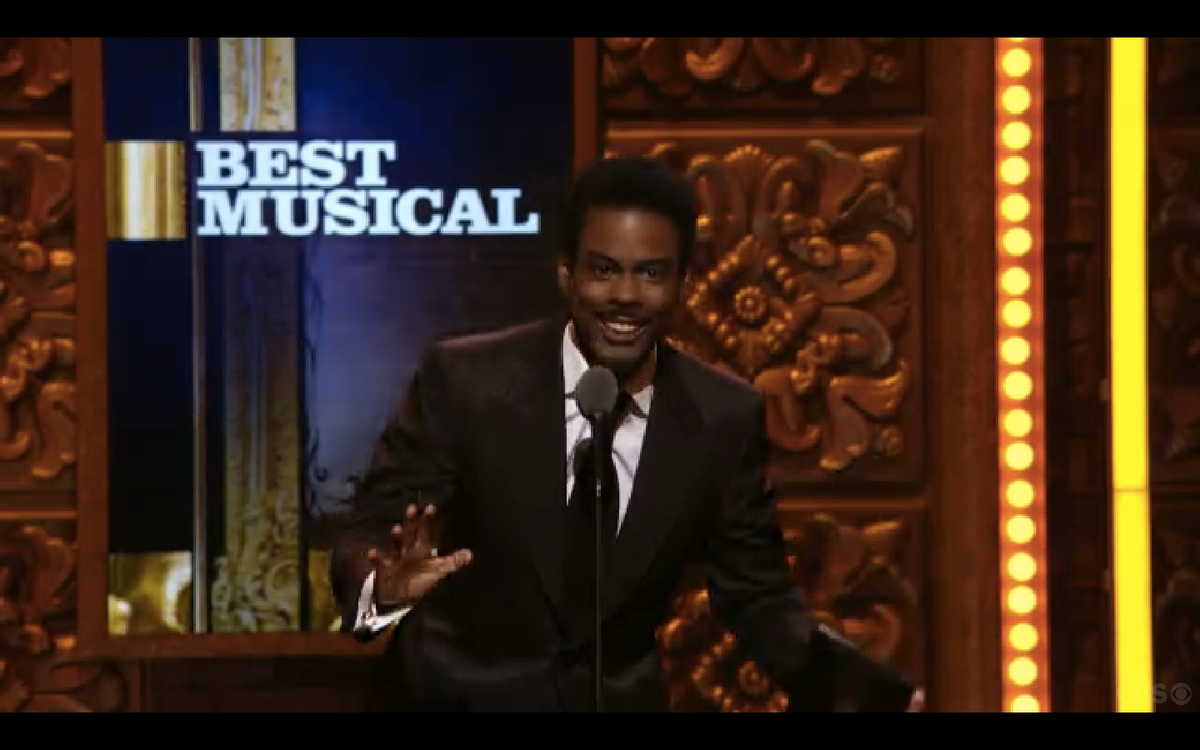 Chris Rock presenting the award for Best Musical at the Tony Awards on Sunday night.
--

In case you missed last night's Tony Awards, here are clips of five of the highlights -- from Neil Patrick Harris's "Spider-Man" joke extravaganza to Mark Rylance's poetic but baffling acceptance speech. For the full list of winners, click here.

1. Host Neil Patrick Harris tries to fit as many "Spider-Man" jokes as possible into 30 seconds:

2. Nikki M. James, winner of the award for Best Featured Actress in a Musical (one of nine total awards taken home by "The Book of Mormon"), gives an acceptance speech that is rambling, emotional, spontaneous -- and delightful:

3. Mary Rylance, named Best Leading Actor in a Play, baffles the audience with a seeming non sequitur of an acceptance speech (AP explains that he was quoting a poem by Louis Jenkins):

4. Chris Rock brings down the house with his hilarious presentation of the award for Best Musical ("Come on, we know what the best musical is. This is such a waste of time -- it's like taking a hooker to dinner.")

5. Neil Patrick Harris sums the whole evening up in a rap: