Gwyneth Paltrow likes to point out how fat you are

Nothing but tough love from the actress, even when it's unsolicited 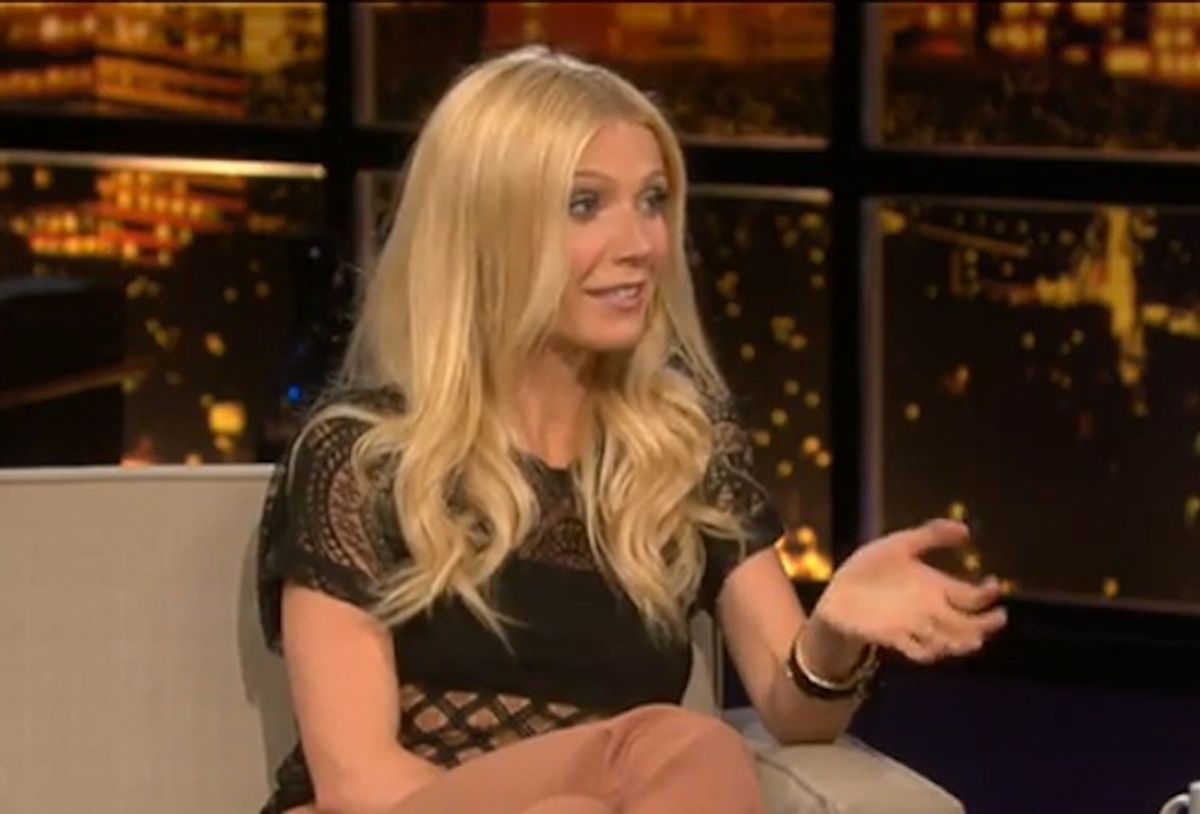 Gwyneth Paltrow thinks you need to drop some pounds.
--

How does Gwyneth Paltrow get her friends and fans to keep on the healthy path to good living? Well, she has that newsletter, GOOP, and a cookbook that wasn't half bad. She also has the amazing ability to say horrible, underminey little comments about your weight and instead of telling her to shut her macrobiotic pie hole, you'll actually thank her! Amazing!

Take the recent case of Jenny Craig spokesperson and "Chelsea Lately" regular Ross Matthews, who recently found himself at the receiving end of Gwynnie's tough love.

"We were taping a Chelsea special," Mathews, 31, tells PEOPLE, "and she pointed at my tummy and said, 'What's going on here? I love you. Get it together.'"

And instead of telling her to shove her GOOP where the sun don't shine, Ross took Gwyneth's comments as a sign that he actually should lose weight! And he did, starting on his Jenny Craig regimen to win Gwyneth's affection back. So did it work?

"I saw her when she was promoting her cookbook recently," says Mathews. "She was so excited. She said, 'You look good!'"