Is it a song encouraging binge drinking, or just having fun? 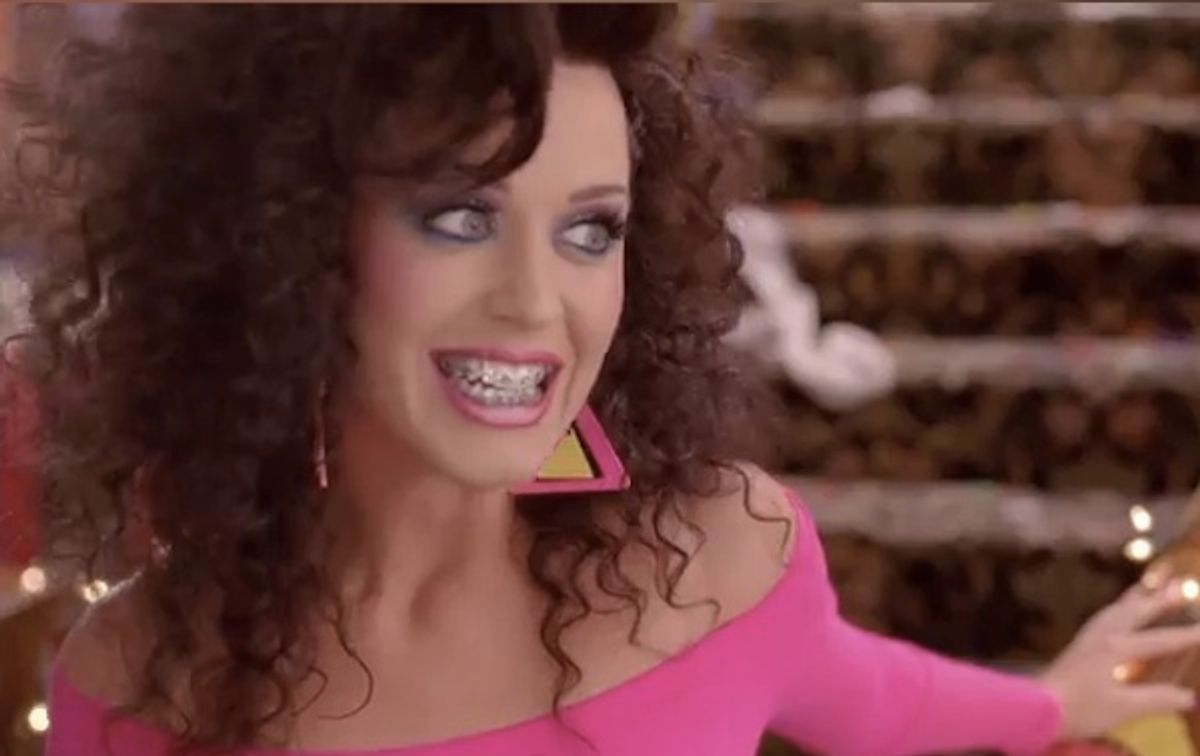 Last week, Katy previewed her alter ego for this video, Kathy Lee Perry, a dork with headgear who just wanted to party and/or remember how hard she partied the weekend before. (It was a little unclear.) After finally watching the video, the message of the song remains somewhat of a mystery.

Is Perry advocating underage drinking, doing shots, and blacking out as a way to get the kids from "Glee" to like you? Or in grand 80s movies tradition, should we believe that Kathy/Katy's debaucherous night is nothing more than a little harmless fun?

At any rate, it's nice to see Katy take Rebecca Black under her wing and revive the "Friday" singer's image … even if it's just for one night.