Mildred Baena breaks her silence over her child with the former California governor in an interview with Hello! 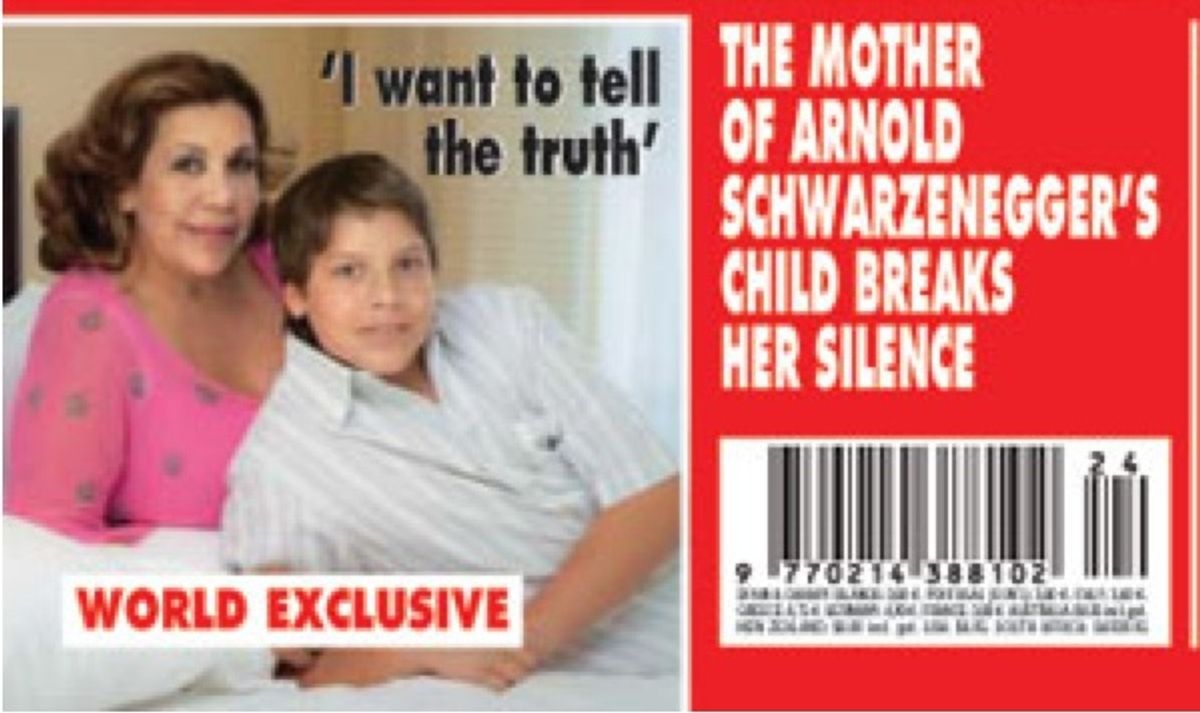 The mother of Arnold Schwarzenegger's 13-year-old love child is breaking her silence this week in an interview with Hello! magazine. Mildred Baena worked as a housekeeper for the Schwarzeneggers when she had an affair with the former California governor.

Baena's son Joseph, photographed alongside his mother for the Hello! interview, apparently increasingly resembled the former action star as he grew up.

"It was as Joseph grew and I started to see the resemblance that I wondered -- but it became more apparent as time went on," said Baena, who said that Maria Shriver also seemed to recognize  Joseph's similarity to her now estranged husband. Shriver, says Baena, was supportive and eventually asked the housekeeper point blank whether Schwarzenegger was Joseph's father.

And perhaps the most surprising aspect of the story: When Joseph learned his father's identity last year, he apparently said, "Cool!" (No doubt, we assume, because he is too young to have witnessed firsthand Schwarzenegger's acting career play out in "Kindergarten Cop" and "Twins.")