The reason why the U.S. will never grow as fast as the Chinese economy is simple: We're already rich 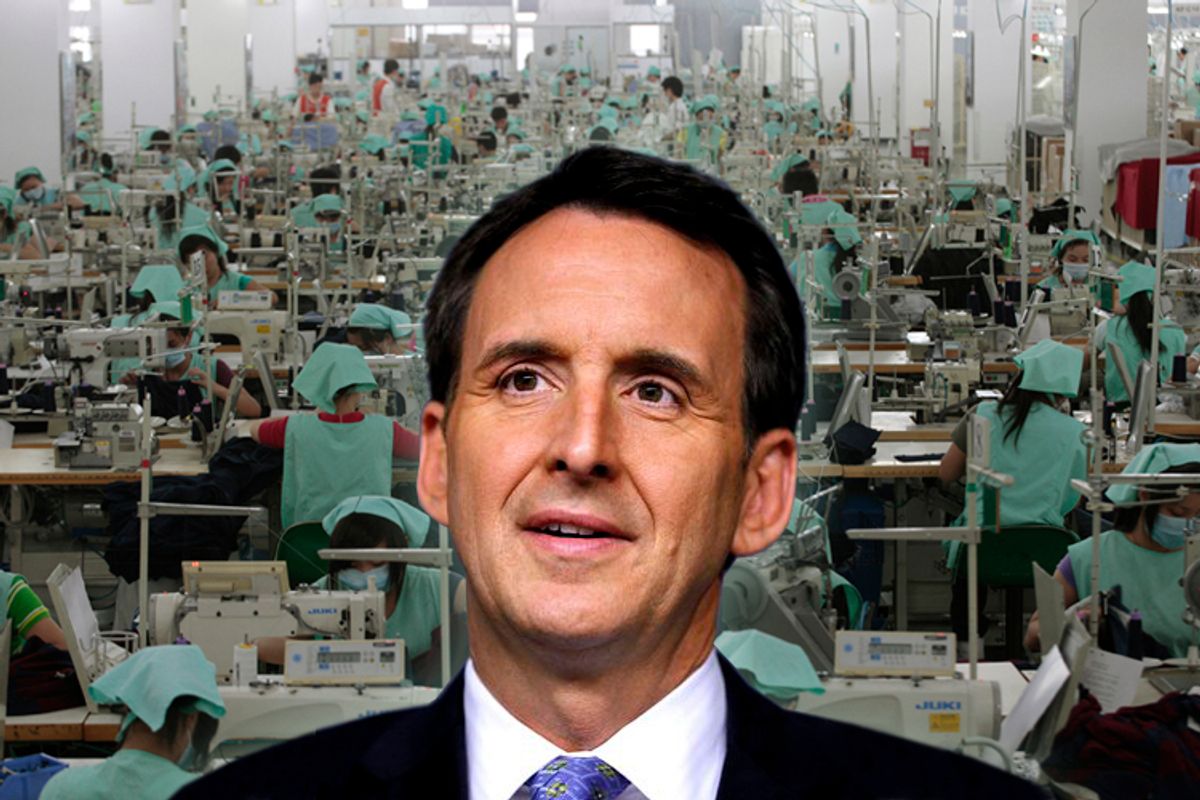 Tim Pawlenty has gotten a lot of grief for his claim that a combination of tax cuts, spending cuts and reductions in regulation will spur U.S. economic growth to a decade's worth of 5 percent GDP growth. During Monday's Republican presidential candidate debate, CNN's John King pressed the former Minnesota governor for some more details:

My colleague Joan Walsh memorably zinged this argument in her debate wrapup by noting that the difference between China and the United States is that "they're building a middle class, not taking it apart, the way we are."

But the problems with Pawlenty's comparison go even deeper.

Meanwhile, the average rate of GDP growth in the United States since World War II has been a piddling 3.1 percent. China is kicking our ass! Waah. Why can't we be more like them?

The answer to that question is simple. China's amazing growth spurt started from a very low base in the 1980s, while the U.S., at least as far back as the end of World War II, was already the most advanced industrial economy on the planet. There's a very obvious reason why U.S. economic growth has only averaged about 3 percent since the end of WWII: Once you have reached super-tanker size, it's a lot harder to accelerate.

China achieved its growth largely by unlocking the productivity of what was once a primarily agricultural nation dominated by peasants who were barely managing to survive at subsistence levels. A key factor: rising urbanization. From 1980 to the present, the proportion of the Chinese population living in cities rose from 20 percent to 46 percent. Another 300 million current rural residents of China are expected to move to the city in the next few decades.

There are other factors to point to that cannot be easily duplicated by the United States. Low levels of education and infrastructure development in China offer obvious targets for huge government investment. China's eagerness to allow the industrialized world to exploit its cheap labor created an export juggernaut. But the bottom line is that it is much easier for a poor, undeveloped country to grow quickly.

The funny thing is, there are things that China is doing that the United States could stand to imitate. We should be investing more in education and infrastructure, for example. We should be subsidizing renewable energy and high-speed rail. We're not going to duplicate China's growth rate, but we could probably have some positive impact at the margins.

Unfortunately, it's kind of hard to figure out how to ramp up education and infrastructure investment (much less simply fix the roads and bridges that are currently crumbling) if your plan is to radically cut taxes and government spending. That's not exactly the China model.