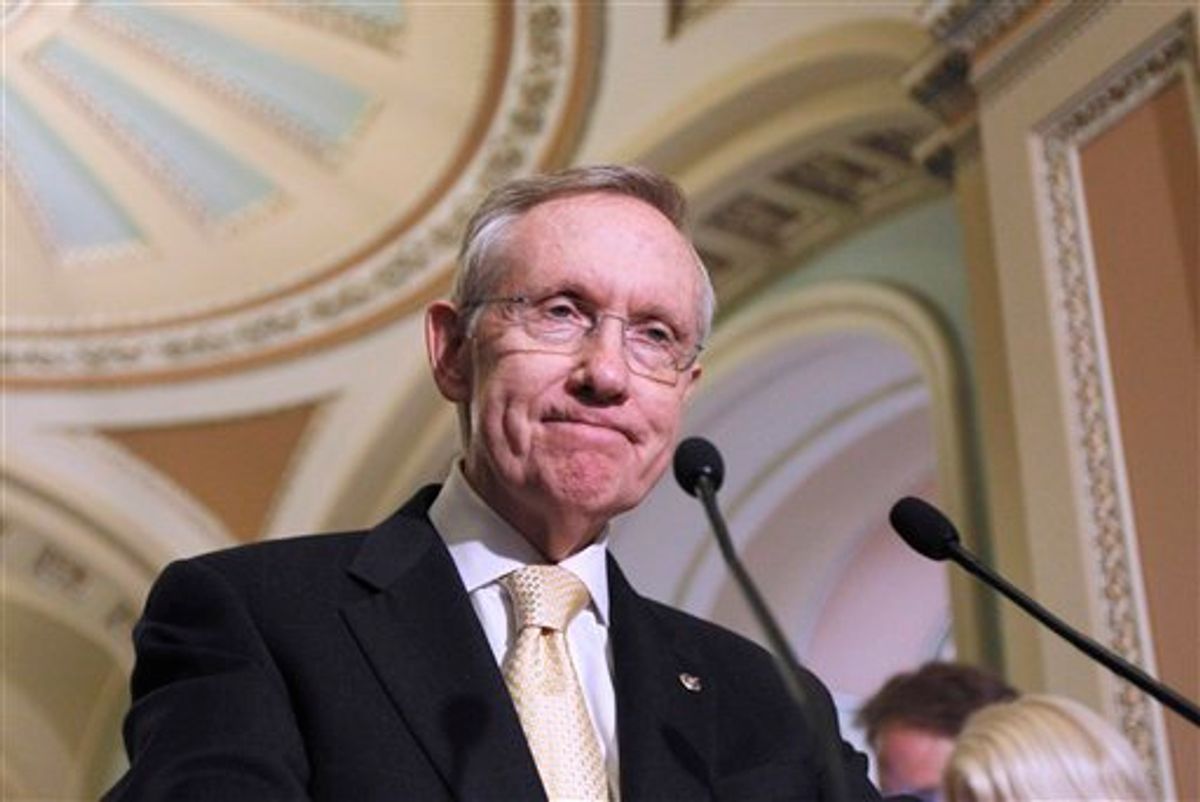 Democrats controlling the Senate are vowing that any deal this summer to cut the deficit won't cut back benefits for people enrolled in Medicare.

Majority Leader Harry Reid called on Republicans to take any cuts to Medicare benefits "off the table."

The Nevada Democrat spoke just minutes after Vice President Joe Biden convened another meeting with top lawmakers on finding spending cuts to accompany legislation allowing the government to continue to borrow to finance its operations and avoid defaulting on U.S. bonds.

Republicans are pressing for savings from the rapidly growing Medicare program, but Democrats stand adamantly against proposals to raise the eligibility age for the program, require wealthier seniors to pay more for Medicare or boosting copayments for visits to doctors and hospitals.