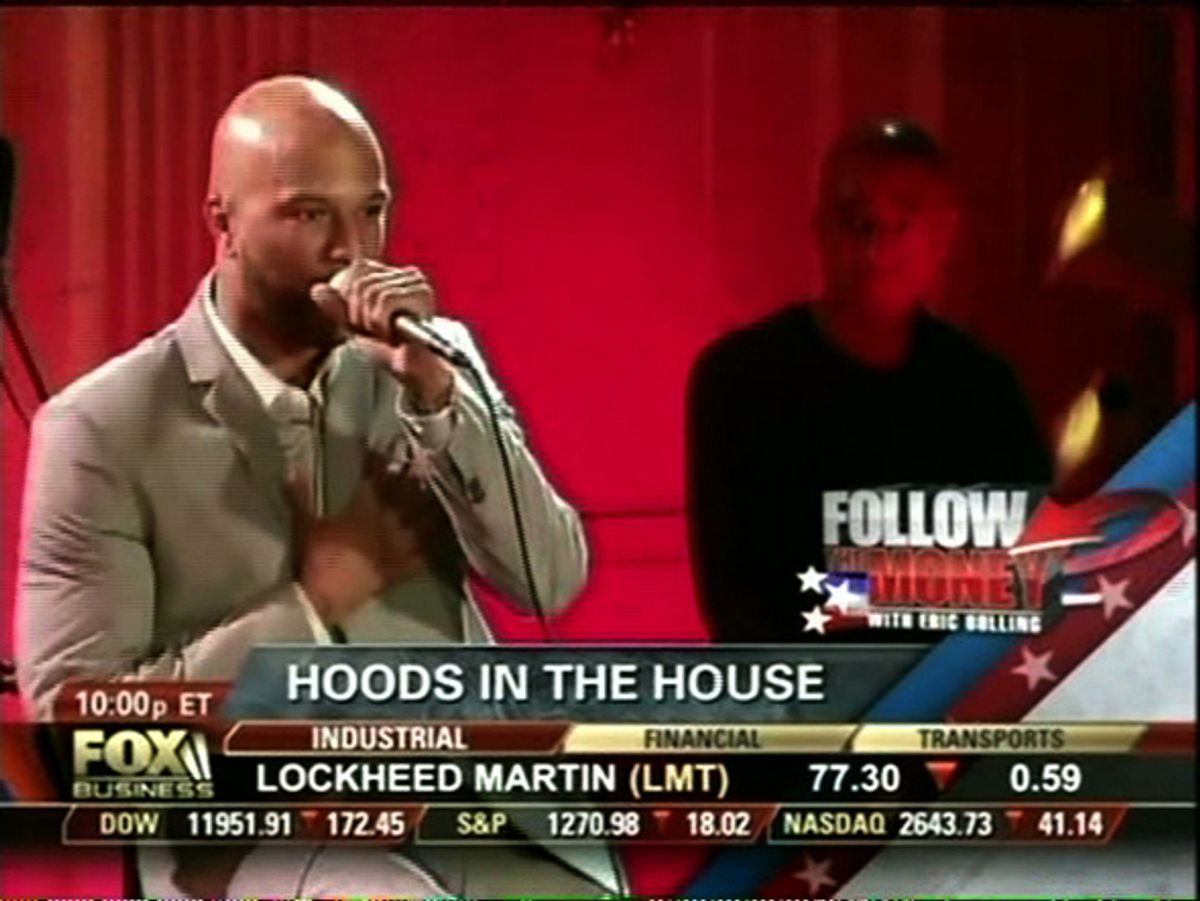 Still from Fox Business' "Follow the Money." Rapper Common was listed among African American White House guests described by Bolling as "Hoods in the House"
--

A Fox Business host is apologizing for what detractors have called racist insults directed at President Barack Obama.

In a brief mea culpa, conservative host Eric Bolling said on his Monday broadcast that he "got a little fast and loose with the language." He says he's sorry his remarks were interpreted as disrespectful.

On Friday, Bolling criticized Obama's recent meeting with Ali Bongo, president of the African nation of Gabon, who is viewed by some as a corrupt leader.

Bolling went on to say it's not the first time Obama has had "a hoodlum in the hizzouse."

The rapper Common recently appeared at a White House poetry event despite complaints that some of his poems promote violence.

Bolling said, "What's with all the hoods in the hizzy?"