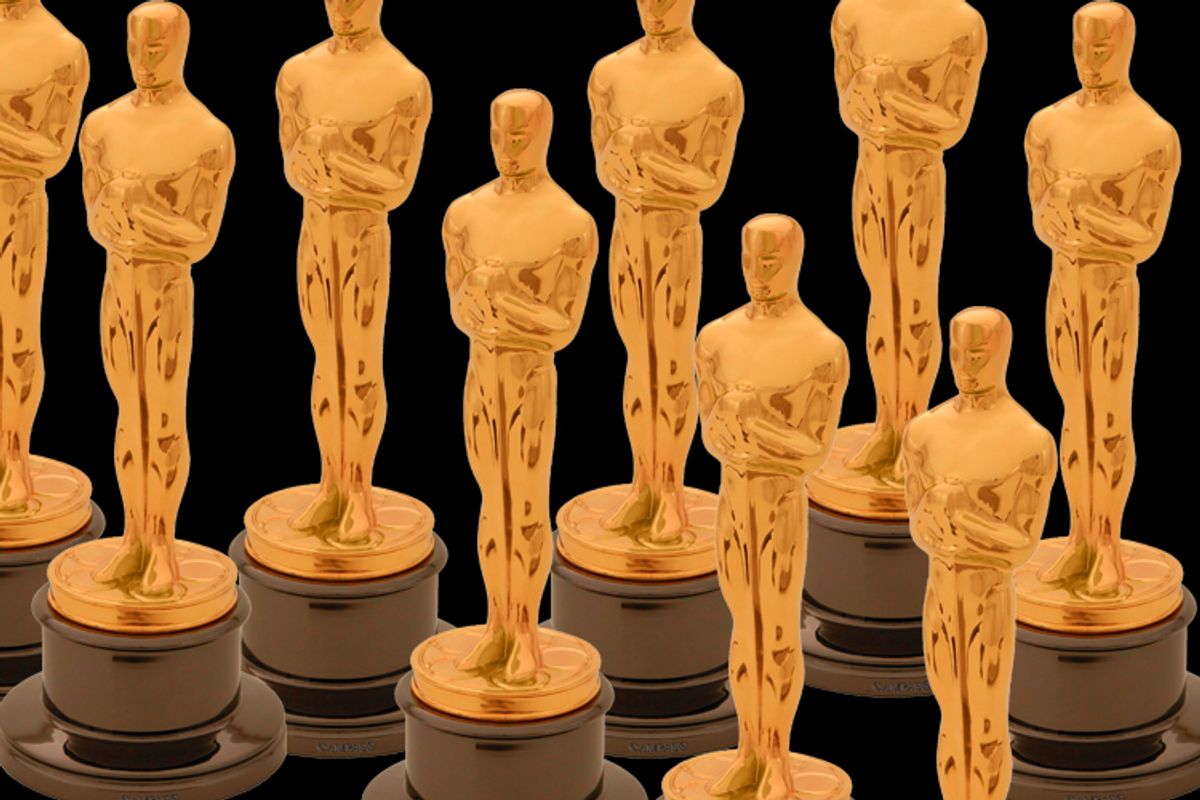 The best picture nominees will now vary from 5-10 films.
--

Have you been annoyed and confused by the decision to allow 10 nominees for best picture during the Oscars for the last two years? Do you think the academy should allow more than five movies in that category if the year warranted it? Well, you're in luck!

According to a New York Times article today, the number of films up for the best picture award will now range from five to 10, depending on variables you couldn't possibly hope to comprehend, such as the addition of a film past the base five only if it has received 5 percent or more of the total vote. This will apparently keep Oscar contenders biting their fingernails up until the moment their movie is announced, at which time everyone goes back to not really caring how many films are up for best picture. (As long as we keep "Shrek" movies out of the race.)

According to the NYT, this decision was based on several factors, including the recent yo-yo'ing of Oscar viewership, the retirement of academy director Bruce Davis, and "the 2011 Oscar show that was widely criticized for ... the seeming diffidence of one of its co-hosts, James Franco."

It's an odd choice of shakeups and I doubt it will have much impact on the audience of the show itself: After all, who cares if there are seven best picture nominees, or nine? What the studios actually want is the ability to add a huge commercial hit like "The Dark Knight" into the running and generate more buzz for the show.

But this system may do more harm than good, splitting the votes between less likely candidates, and giving front-runners less weight than they should have because of the sheer number of contenders. By keeping the number of nominees slimmed down to five, the award for best picture didn't differentiate itself from the rest of the evening's ceremonies. By using this system, the academy actually decreases the importance of the night's biggest win.