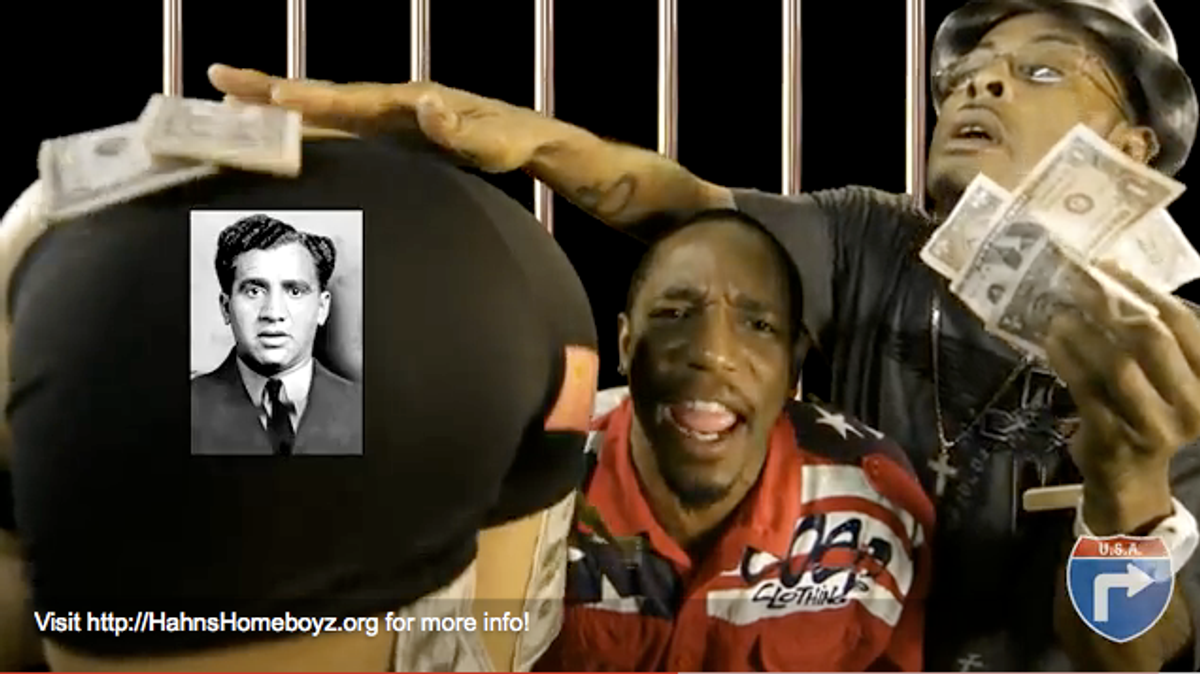 The creator of a deliberately offensive ad portraying a female congressional candidate as a stripper and featuring two black men holding guns and repeatedly screaming, "Give me your cash, bitch!" is refusing to apologize to critics of the spot.

"We decided we would launch with a controversial ad that would piss a lot of people off," says Ladd Ehlinger, Jr., a conservative filmmaker who has produced unconventional political ads in the past. "If I get dinged a little, then so be it," he adds, acknowledging that he wrote and produced the ad for his new political group, Turn Right USA.

The ad targets Los Angeles Councilwoman Janice Hahn, who is running in a special election for an open congressional seat against a tea partyer named Craig Huey. Here is the ad (NSFW):

The Hahn campaign has blasted the spot as "incredibly offensive and sexist to all women," and the state GOP distanced itself from Turn Right USA.

When I asked Ehlinger his response, he said that the ad is raising an important issue and that his critics could "suck it." The central allegation of the ad, by the way, relies on a debunked news report about Hahn's alleged support for a gang intervention task force.

Ehlinger described the ad as "very low-budget" and said that he and two friends had put up their own money to form Turn Right USA and hire actors for the spot.

"Our basic goal is to name names and take no prisoners," Ehlinger says of Turn Right USA. "We're going to start raising funds and making crazy viral ads every month or two" in races around the country.

Ehlinger has also created two feature-length films, including one called Hive Mind, described on his website this way:

Hive Mind is a post-apocalyptic feature film about the last man on Earth, conservative talk show host Doug Trench, a.k.a. The Trench Mouth. Humanity has been assimilated by the Hive Mind, a collective consciousness that turns everyone into zombies. Trench, hidden in a bunker for twenty years, now running out of food and booze, cigars and coffee, and the last vestiges of his sanity, flips on his radio transmitter one last time to fight the mind of the Hive with the only weapon at his disposal: words!