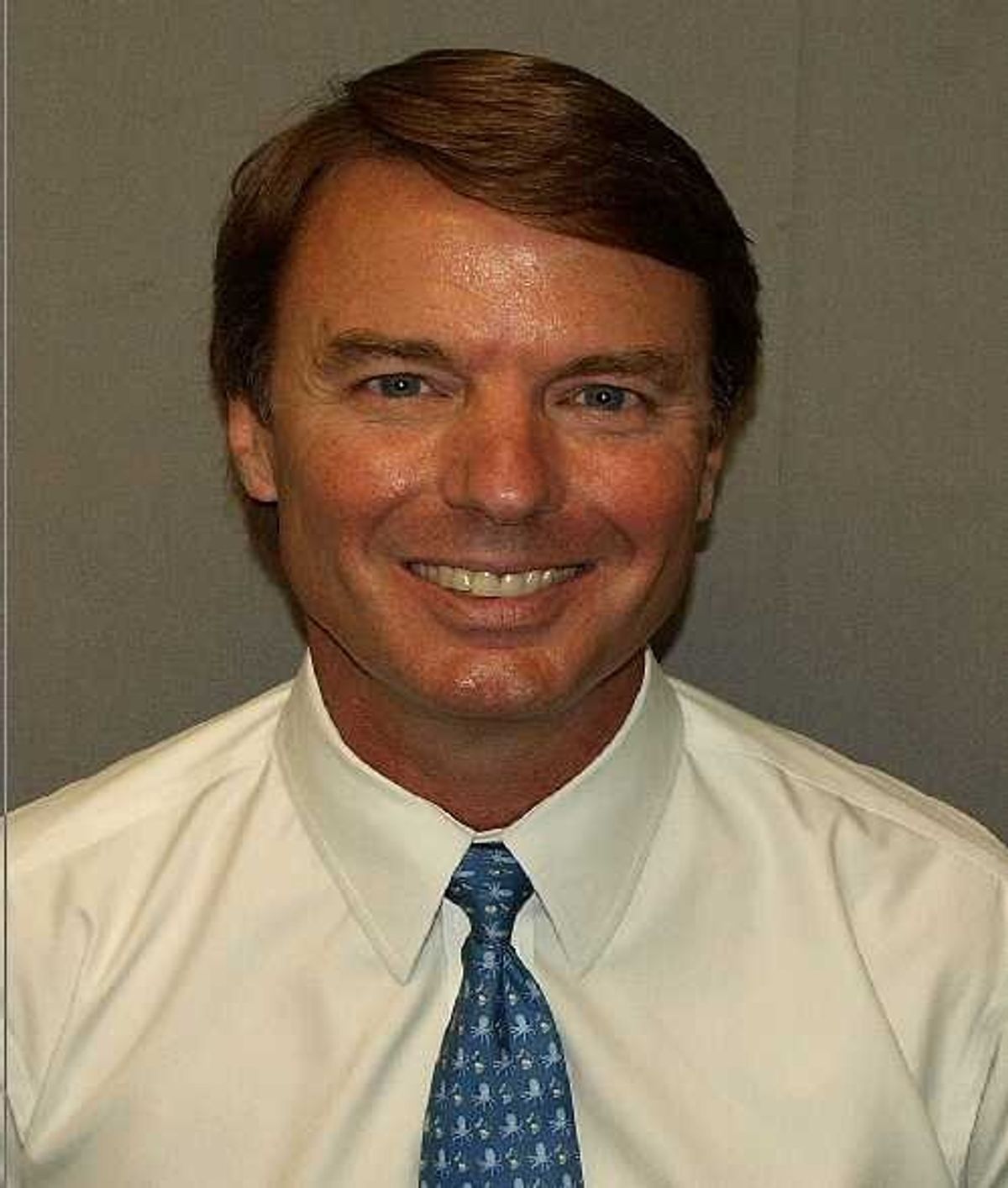 Edwards sports a cold, dead smile in his mugshot
--

If the pictures of Anthony Weiner and (allegedly) a sunbathing Newt Gingrich weren't too much for you, here's another unsettling image: CNN's Ed Hornick has posted John Edwards' mug shot. Edwards, who faces felony charges for allegedly using over $1 million of campaign cash to hide his extramarital affair and child, went for the unnerving smile with accompanying cold, dead eyes for his photo: The image is reminiscent of Tom DeLay from the Republican former House majority leader's mug shot. (DeLay was ultimately convicted on conspiracy and money-laundering charges.) We wonder whether the smiles here are meant to convey confidence or an image of innocence. If so, neither man succeeded.