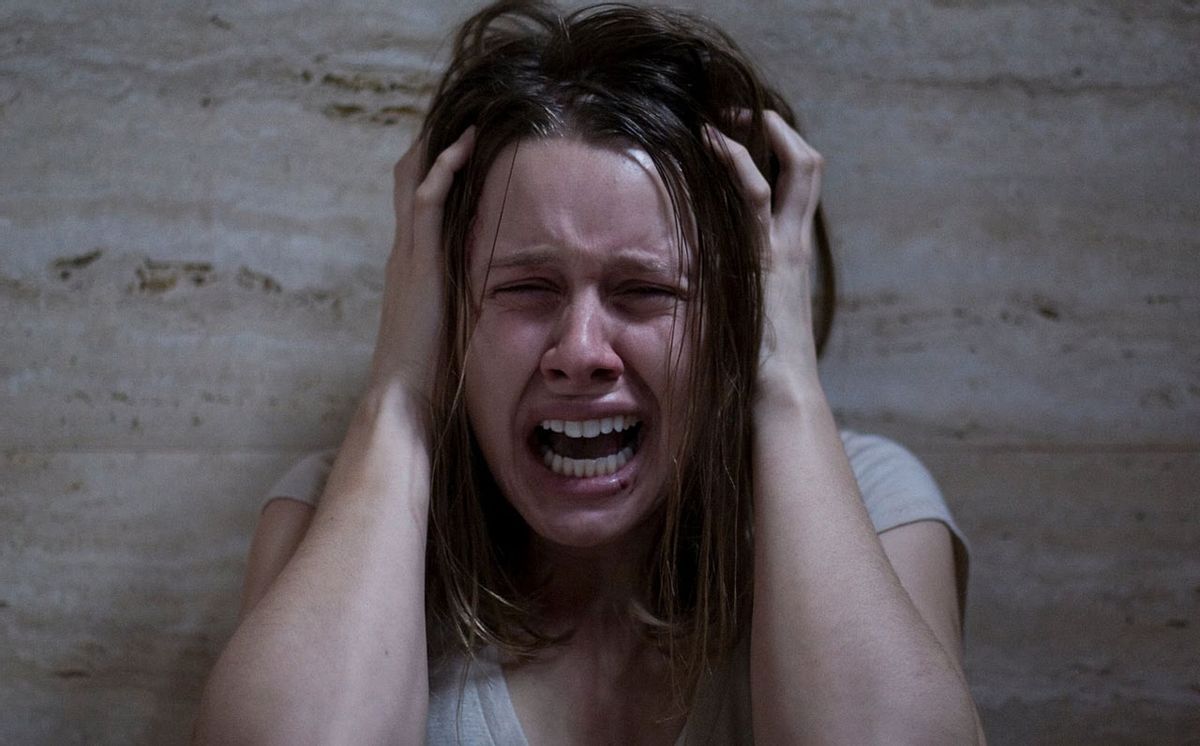 A still from "Kidnapped"
--

I don't really know which way to go with "Kidnapped," the ultra-formalist, and utterly riveting, new horror movie from first-time Spanish director Miguel Ángel Vivas. For some genre buffs and cinephiles, "Kidnapped" is likely to feel like the distillation of certain themes in horror-thriller filmmaking, including the European takeover of a quintessentially American form and a return to austerity and economy instead of grotesque sloppiness. Composed in just 12 unnerving hand-held traveling shots (they're at eye-level but not point-of-view, and not excessively wobbly), this taut home-invasion drama has an obvious if complicated debt to Michael Haneke's legendary "Funny Games," but also pulls in various other influences, ranging from David Fincher's "Panic Room" to the split-screen technique of Richard Fleischer's 1968 "Boston Strangler."

OK, that's one side of the ledger. The other side is this: Screw "Human Centipede" and "Audition" and "Last House on the Left." The near-real-time and entirely too realistic terror of "Kidnapped" makes it one of the toughest horror flicks I've ever sat through. (I'm not talking about violence or gore, by the way; there's some of that, but no more than 7 on a 10-point scale.) My eyes never left the screen and my attention never wandered; in a restricted, technical sense of the term, "Kidnapped" is a masterpiece. But I make no claims for its moral value or for any cathartic or redemptive qualities, and I'm hanging a big old warning sign on this movie. You may well be the sort of person who digs this kind of evil theme-park ride, and there's no judgment here. But don't come crying to me if you watch "Kidnapped" and can't sleep afterward.

Most of "Kidnapped" is set inside a sprawling, horizontal new house in the outer suburbs of Madrid, all blond wood, leather upholstery and high-end consumer electronics -- basically a California ranch-style McMansion by way of a Spanish hacienda. I'm not sure whether Vivas is suggesting that the complacent, upper-bourgeois family that we see moving in deserves whatever happens to them, but like most horror movies, this one is simultaneously moralistic and fatalistic. It's more as if 50ish dad Jaime (Fernando Cayo), his detail-obsessed wife, Marta (Ana Wagener), and their aggrieved teenage daughter, Isa (Manuela Vellés), simply by being who they are, have invited a little of the universe's darkness and chaos into their lives. It arrives in the form of three balaclava-clad thugs, speaking an unidentifiable European language (it turns out to be Albanian), who burst in, demanding cash, valuables, ATM cards and cell phones, but then don't leave, and clearly want to discover what else they can squeeze out of the situation.

If you didn't know about it going in, you might not notice that each of cinematographer Pedro J. Márquez's beautifully choreographed shots lasts for several minutes, twisting and careening through this immense but suddenly claustrophobic house. You'll definitely notice the rapidly escalating tension, as the family vacillates between submission and various attempts to resist or escape, and also the subtle way Vivas gradually introduces the masked invaders as characters: There's the ruthless but efficient gang leader (Dritan Biba), the sociopath who clearly wants to rape and kill both Marta and Isa and doesn't much care if he himself lives or dies (Martijn Kuiper), and their younger, conscience-stricken Spanish colleague (Guillermo Barrientos), whom we may just recognize from an earlier scene.

I mentioned earlier that Vivas has clearly studied Haneke's highly influential 1997 "Funny Games" (less so the lower-impact American remake), but the stern Austrian master may well conclude that the young Spaniard has misunderstood the lesson. "Funny Games" was meant as an indictment of the audience, a film that denies us any conventional catharsis and reminds us (as do most of Haneke's films) that it is itself an artifact, and that whatever meaning or morality we read into it is actually in us. (The games are between director and viewer, not between fictional characters.) "Kidnapped" is more obviously a tightly plotted, knife-twisting thriller that's free of Haneke-style Brechtian devices or self-deconstruction. That is, I think it is; let's discuss Vivas' mysterious prologue (which seems to involve a different victim of a different crime) after you've seen this diabolical thriller. Which, remember, I didn't precisely recommend.

"Kidnapped" opens June 17 at the reRun Gastropub Theater in Brooklyn, N.Y., with other cities and venues to follow. It's also available on demand, via the IFC Midnight channel, from many cable and satellite providers.