"Newt on the beach" caption contest!

We can't quite find the words for this image of a glistening, shirtless photo (allegedly) of Gingrich. Can you? 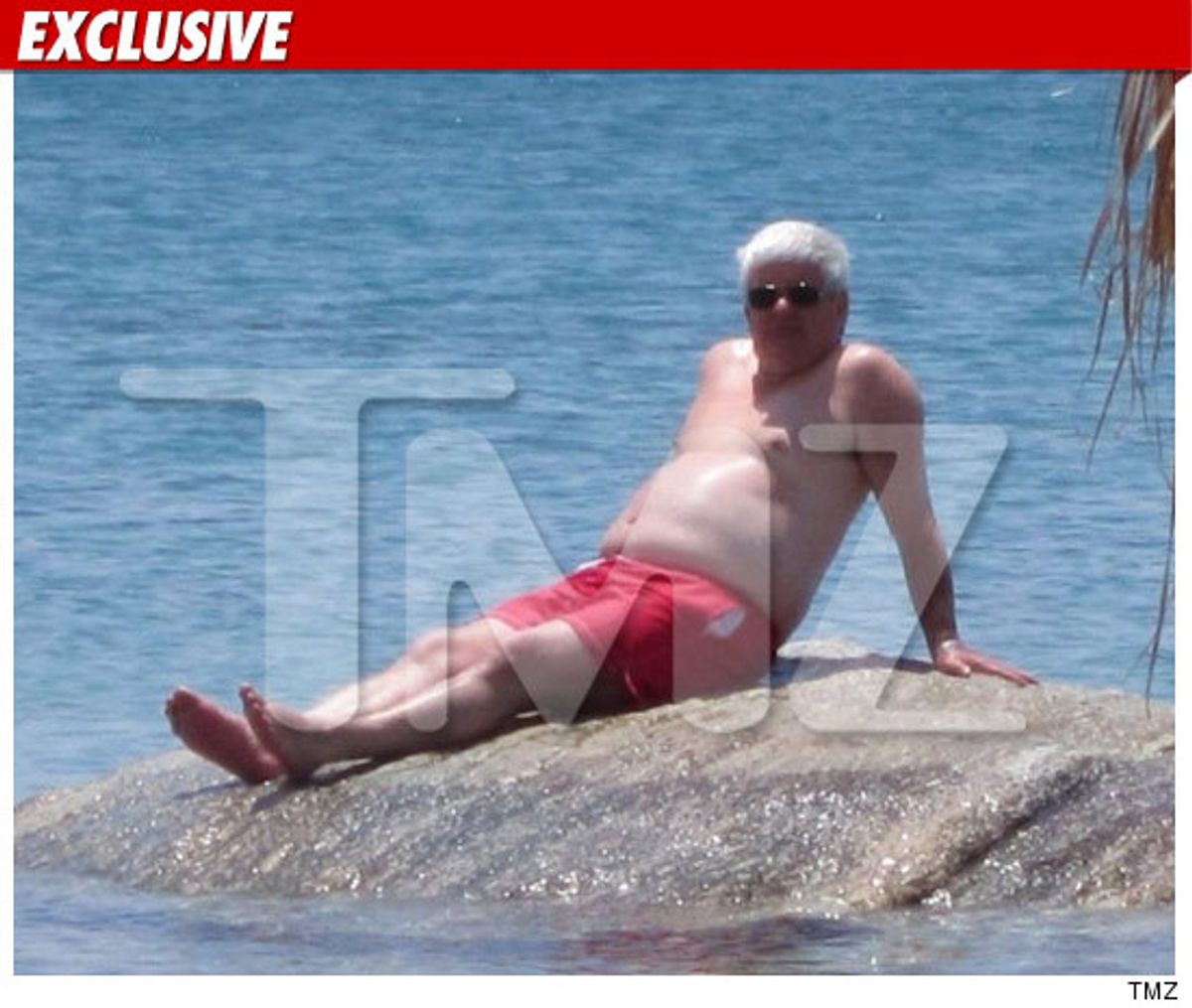 We need your caption suggestions!
--

UPDATE: According to the Twitter feed of Josh Kraushaar, editor of National Jounal Hotline, Gingrich says the TMZ photo is not of him. "Just asked Newt...the picture on TMZ is not him...remarkable resemblance though," he tweeted. Remarkable indeed. For the sake of accuracy, this is now the "allegedly Newt on the beach" caption contest.

On Wednesday a number of horrific images will likely emerge from Greece as a general strike is already prompting violent clashes with a notoriously oppressive, harsh Athens police force. One unexpected horror, however, has also come out of the beleaguered nation today: an image that has indelibly scarred our memories. Newt Gingrich. Sunbathing. Shirtless. TMZ obtained the photo, taken during Gingrich's recent Greek getaway. Reclining in the Mykonos sun, Gingrich has the relaxed countenance of a man who has not just launched an historically disastrous presidential campaign. As TMZ aptly puts it: Gingrich is "on a rock, in a hard place."

We can't find the words, but we're hoping you can. Welcome to the topless Newt Gingrich caption competition. Write your caption for the photo in the comments section and at the end of the day, we will select and publish our favorite.