Yes, the Gipper passed a big tax cut. But he also raised taxes -- just before the economy got going 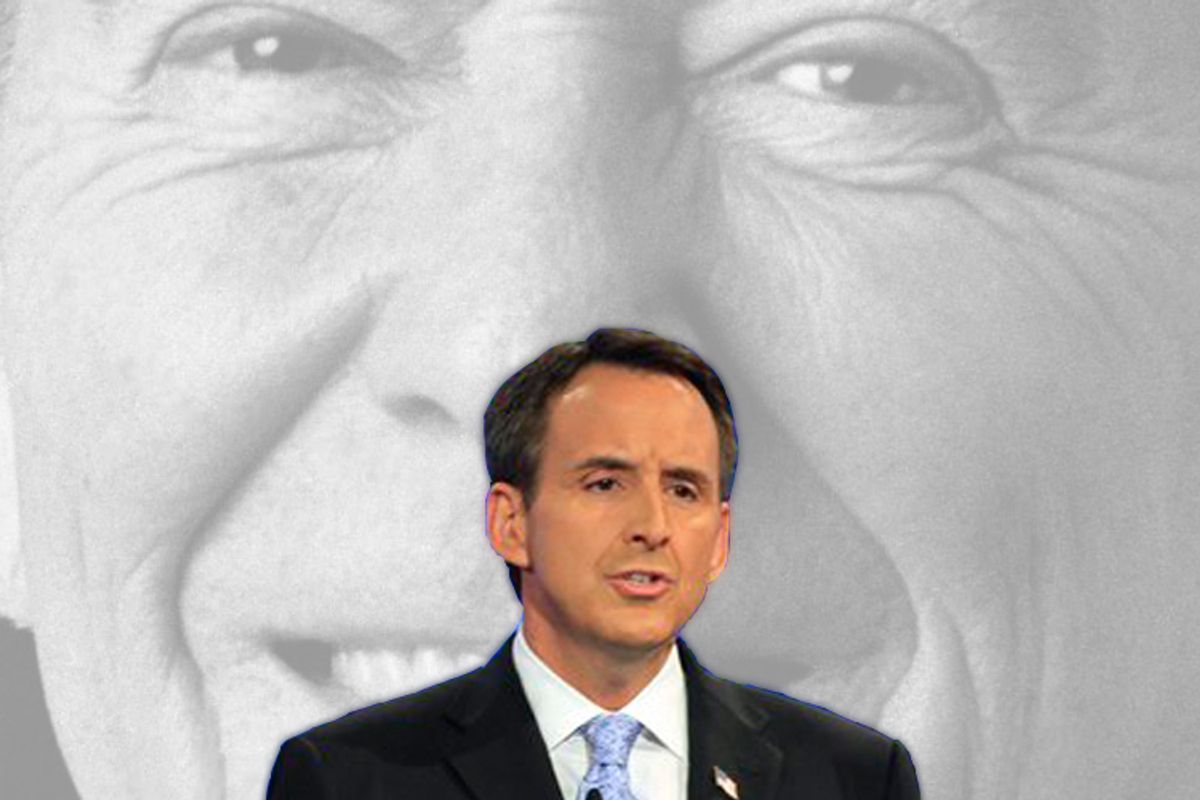 As closer and closer examinations of Republican presidential candidate Tim Pawlenty's radical tax cut agenda continue to illustrate just how extraordinarily huge his handout to the richest Americans would be, it's probably worth recapitulating the severe problems that plague his tax-cuts-will-raise-revenue thesis. This is an exercise we've gone through before, but as long as Republicans running for President continue to repeat it, we will continue to shoot it down.

On Monday, Slate's Dave Weigel captured Pawlenty's most recent obeisance at the altar of Ronald Reagan.

"When Ronald Reagan cut taxes in a significant way," said Pawlenty, "revenues actually increased by almost 100 percent during his eight years as president. So this idea that significant, big tax cuts necessarily result in lower revenues -- history does not [bear] that out."

So what really happened during Reagan's term of office? The short version is that the Gipper passed a huge tax cut shortly after taking office, but without equivalent spending cuts, deficits ballooned so fast that he had to undo about half of his initial cuts with a series of big tax hikes. The economy did surge, but much of that probably had to do with Paul Volcker's successful crackdown on inflation and a collapse in oil prices. Meanwhile, the increase in tax revenue per capita, adjusted for inflation, did not come anywhere close to what was achieved after additional tax hikes during Bill Clinton's term of office.

But why take my word for it? How about listening to what people who were there have to say?

The tax burden rose during the Reagan era as well. Specifically, when Reagan left office Federal taxes accounted for 18.4 percent of GDP -- a figure slightly higher than the 1960-80 average of 18.0 percent. More importantly, nearly half of the massive 1981 tax reduction -- festooned as it was with every manner of special interest tax breaks that K-Street lobbyists could conjure -- was recouped during the next four years in a series of annual deficit reduction bills that a bi-partisan majority was able to persuade the President to sign....

The wrong lesson was taken from the 1980s. We didn't cut back government at all; government got bigger. We didn't reduce the tax burden, we just avoided increases. But the conclusion was drawn that there was a great prosperity in the 1980s due to the Reagan tax cut. I don't believe that at all. I believe that the expansion that we had for a few years was due to the fact that Paul Volcker's Fed crushed inflation.

Bruce Bartlett, an official in Reagan's Treasury Department, breaks down Reagan's tax cuts and hikes here. A quote from a 2003 Bartlett column puts them in perspective:

In 1982 alone, [Reagan] signed into law not one but two major tax increases. The Tax Equity and Fiscal Responsibility Act (TEFRA) raised taxes by $37.5 billion per year and the Highway Revenue Act raised the gasoline tax by another $3.3 billion.

According to a recent Treasury Department study, TEFRA alone raised taxes by almost 1 percent of the gross domestic product, making it the largest peacetime tax increase in American history. An increase of similar magnitude today would raise more than $100 billion per year.

Reagan did initially lower the top income tax bracket from 70 percent to 28 percent, and there is some academic evidence that reductions in very high tax brackets can result in some positive tax revenue. But the lower you go, the worse the impact on overall revenues becomes.

Meanwhile, the converse claim, that tax hikes automatically hurt the economy, is simply not supported by recent history. As I wrote just a few months ago:

If you look at the raw numbers of federal tax revenue over the last 40 years, you will notice a striking phenomenon -- the numbers almost always go up, except in the case of deep recessions. This is basically a function of population growth, and it happens whether taxes are cut, or raised.

But the raw totals don't tell you much, because of inflation. In 2006, Time business columnist Justin Fox adjusted the raw federal tax income revenue totals for inflation, and discovered an interesting thing. Revenue fell in the first few years after both Reagan and Bush's tax cuts, before growth resumed. In 2008, Paul Krugman adjusted for both inflation and population growth, to try to figure out the per-capita tax revenue increase for each decade since Reagan, and found something even more enlightening. Real revenues per capita rose 19 percent from 1980-1988. From 1992-2000, real revenues per capita rose 41 percent -- after tax hikes by both George H. W. Bush and Bill Clinton! And the numbers for George W. Bush? Pure disaster.