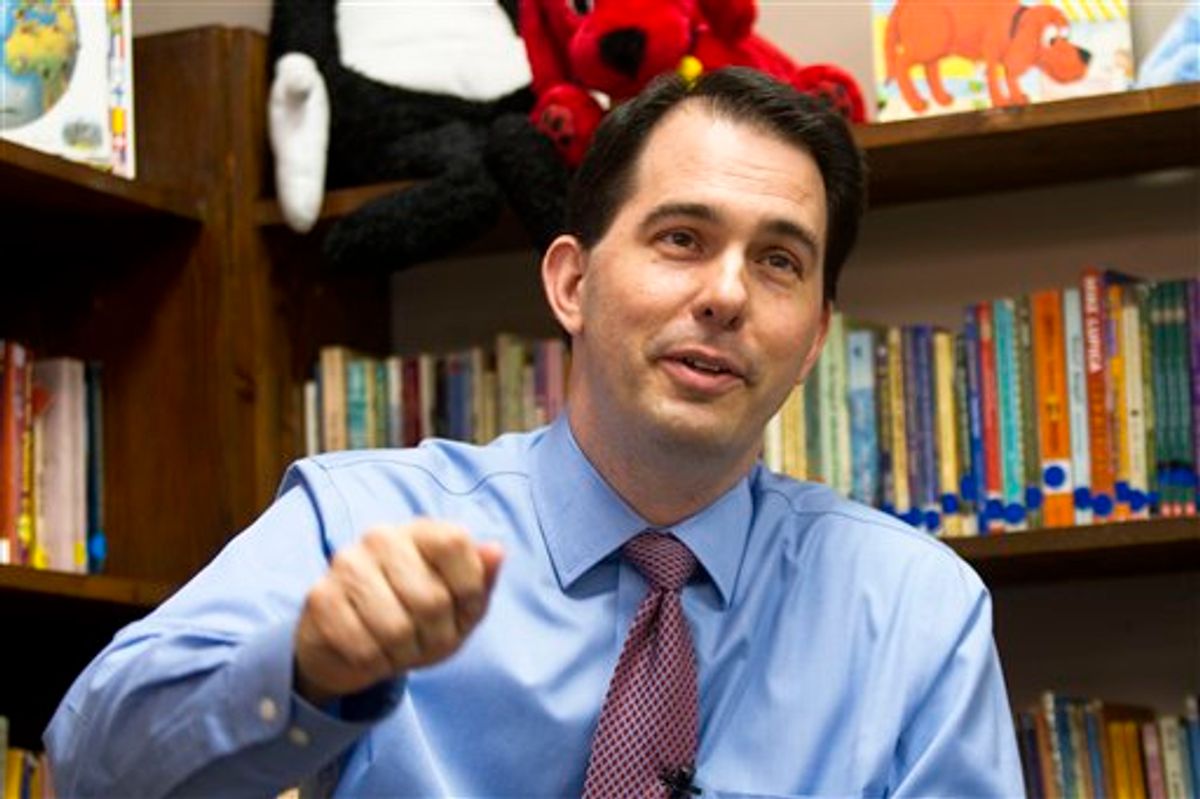 Wisconsin's polarizing union rights law will take effect thanks to a sharply divided ruling by the state Supreme Court that determined a judge overstepped her authority when she voided the governor's plan to strip most public workers of their collective bargaining rights.

The ruling Tuesday evening was a major victory for Republican Gov. Scott Walker, who said the law was needed to help address the state's $3.6 billion budget shortfall. His proposal -- which drew tens of thousands of demonstrators to the state Capitol for weeks earlier this year -- thrust Wisconsin to the forefront of a national debate over labor rights.

In a 4-3 decision that included a blistering dissent, the Supreme Court ruled that Dane County Circuit Judge Maryann Sumi overstepped when she declared the law void last month. Sumi sided with a lawsuit that claimed Republicans didn't provide proper public notice of a meeting that helped get the original legislation approved after Democratic senators fled the state to prevent a vote.

Walker claimed that the law, which also requires public employees to pay more for their health care and pensions, would give local governments enough flexibility on labor costs to deal with deep cuts to state aid. Democrats saw it as an attack on public employee unions, which usually back their party's candidates.

"The Supreme Court's ruling provides our state the opportunity to move forward together and focus on getting Wisconsin working again," Walker said in a one-sentence statement Tuesday.

Union leaders blasted the court's decision. Phil Neuenfeldt, president of the Wisconsin State AFL-CIO, called it "an affront to our democracy."

An avalanche of lawsuits is expected, because legal challenges couldn't be brought until the law took effect.

In vacating Sumi's ruling, the Supreme Court ruled the judge had "usurped the legislative power which the Wisconsin Constitution grants exclusively to the legislature." The court also rejected arguments that Republicans violated Wisconsin's open meetings law.

"The doors of the Senate and Assembly were kept open to the press and members of the public ... access was not denied," according to the majority opinion.

In a fiery dissent, Supreme Court Chief Justice Shirley Abrahamson wrote that justices hastily reached the decision and the majority "set forth their own version of facts without evidence. They should not engage in this disinformation."

Abrahamson also said a concurring opinion written by Justice David Prosser -- a former Republican speaker of the Assembly -- was "long on rhetoric and long on story-telling that appears to have a partisan slant."

It wasn't yet clear when public employees would be affected by the law. There were no plans to apply paycheck deductions retroactively, said Rep. Robin Vos, co-chairman of the Legislature's budget committee. Walker's top aide, Department of Administration Secretary Mike Huebsch, said the ruling was being reviewed.

Many school districts and other public entities reached new union contracts before the ruling, and collective bargaining rights were curtailed.

The fight stemmed from a lawsuit that claimed Republicans violated state law by not providing proper public notice of a meeting in March, a month after the legislation was introduced.

All 14 of the state's Democratic senators had fled to Illinois in February to try to prevent a vote in the Senate, but Republicans got around that by convening a special committee to remove fiscal elements from the bill and allow a vote with fewer members present.

The lawsuit was filed the next week by Dane County District Attorney Ismael Ozanne, a Democrat. Sumi initially heard Ozanne's lawsuit and issued a temporary order blocking publication of the law while she weighed the arguments. She later declared the law void.

"We followed the law when the bill was passed, simple as that," the brothers said in a joint statement. "We're finally headed in the right direction by balancing the budget and focusing on jobs, just like Republicans promised we would do."

Ozanne was disappointed, saying "we've done the best we can ... It looks like we've lost."

Attorneys for the Wisconsin Department of Justice, representing the Republicans who control the Legislature, had asked the Supreme Court to take the case directly, in part to speed the process.

Walker counted on the law being in effect in the budget he put forward for the fiscal year that starts July 1. Walker has said the public worker concessions would generate about $300 million in savings to the state over the next two years.