Comedian tells the former MSNBC host: "You are universally regarded as insane" 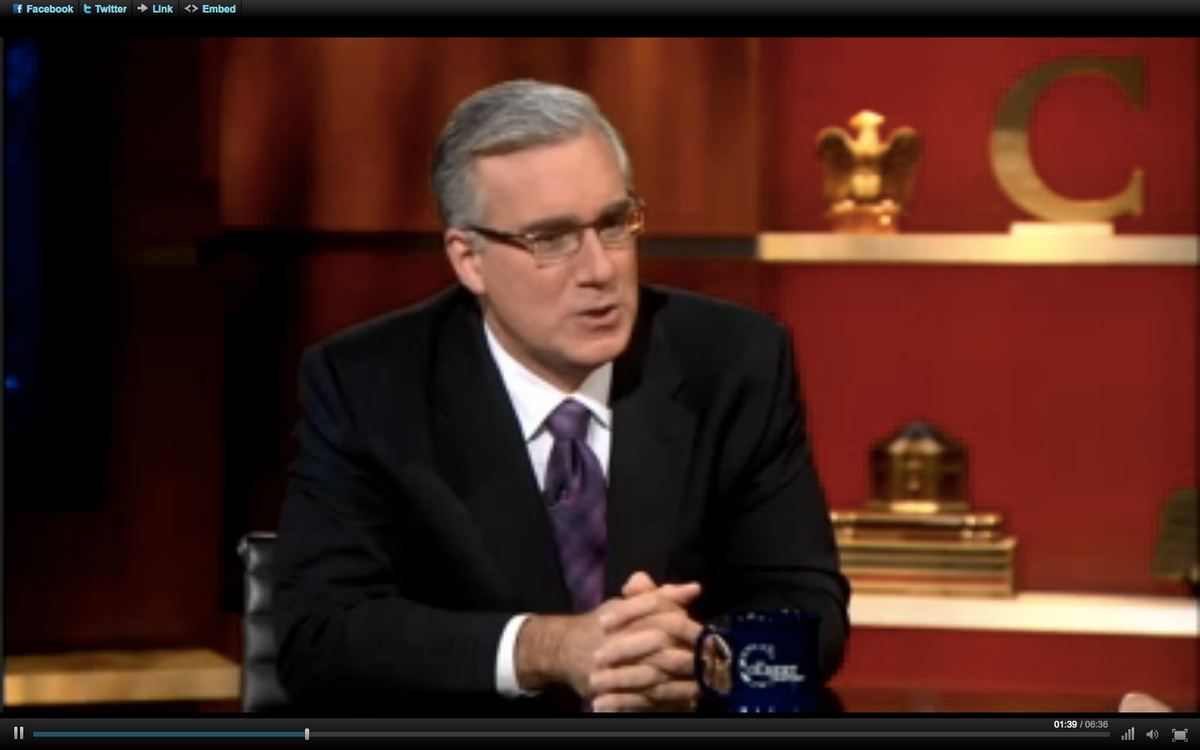 On last night's "Colbert Report," a nearly pantsless Stephen Colbert (who had donned his "short shorts" for a bit on Iran's new fashion crackdown) sat down with former MSNBC host Keith Olbermann. Olbermann, whose new show premieres on Monday, told us how he's whiled away the 145 days since his last on-air broadcast -- and attempted to answer Colbert's pointed question: "Why are you so hard to work with?"