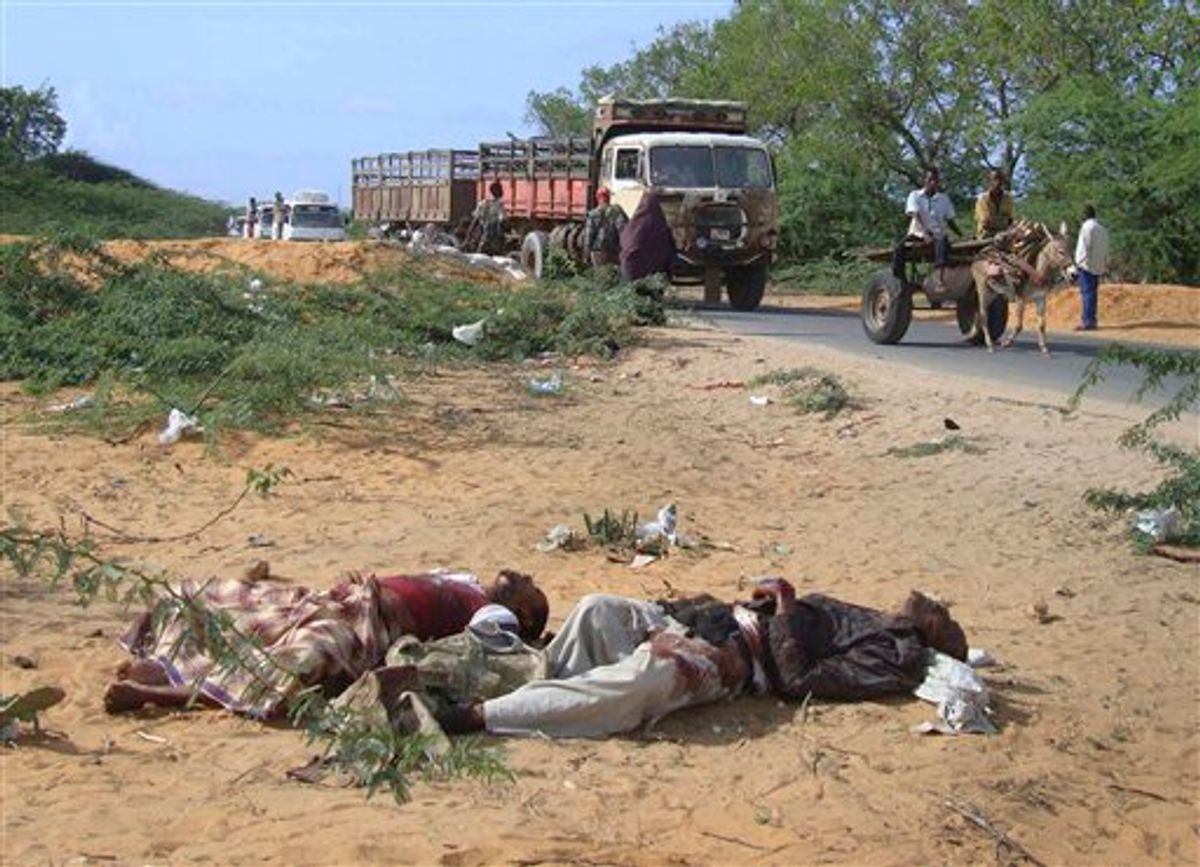 The Ritz Hotel in London and the elite private school Eton were among a handful of possible British terror targets that a senior al-Qaida leader was considering before he was killed in Somalia last week, a British security official said Thursday.

Fazul Abdullah Mohammed, the alleged mastermind of attacks on two U.S. embassies in Africa that killed 224 people, was killed when he failed to stop at a routine checkpoint outside of Mogadishu, Somalia's capital.

U.S. Secretary of State Hillary Rodham Clinton has called the 38-year-old's death a "significant blow to al-Qaida, its extremist allies, and its operations in East Africa."

British officials have said they see al-Qaida affiliates in the Horn of Africa and the Arabian Peninsula as being a significant threat to British interests.

"He was a fairly big player, but there is nothing to suggest that any reconnaissance had been done or that any of the attacks were imminent," a British security official told The Associated Press on condition of anonymity in order to discuss intelligence matters.

It was not exactly clear how officials found the information on the British targets. There was no immediate evidence to suggest that Mohammed was working with British contacts or that he even understood where some of the intended targets were.

Eton College, Britain's most elite private school where Prime Minister David Cameron and other politicians have been educated, is an hour outside of London.

Officials would not disclose details of the plots or other British targets, but said "now that he has been taken out, there's even less risk."

British intelligence officials have said dozens of youths have traveled to Somalia in recent years to attend terror training camps. Few have returned.

In 2009, a 17-year-old suicide bomber from the London suburb of Ealing blew himself up in a car bomb attack at a hotel in central Somalia, killing more than 20 people. Two Somali asylum-seekers were also among four men convicted of the failed attempts to bomb the London transport system on July 21, 2005 -- just two weeks after four suicide bombers killed 52 commuters during morning rush-hour attacks in London on July 7.

Mohammed, a native of the Comoros Islands, is also believed to have played a key role in the 2002 attack on the Paradise Hotel in Mombasa that killed 13 people, and the failed missile strike on an Israeli charter flight on the same day.

He had been on the run for more than a decade.